The German American Heritage Center in Davenport celebrated the 25th anniversary of its founding this year. 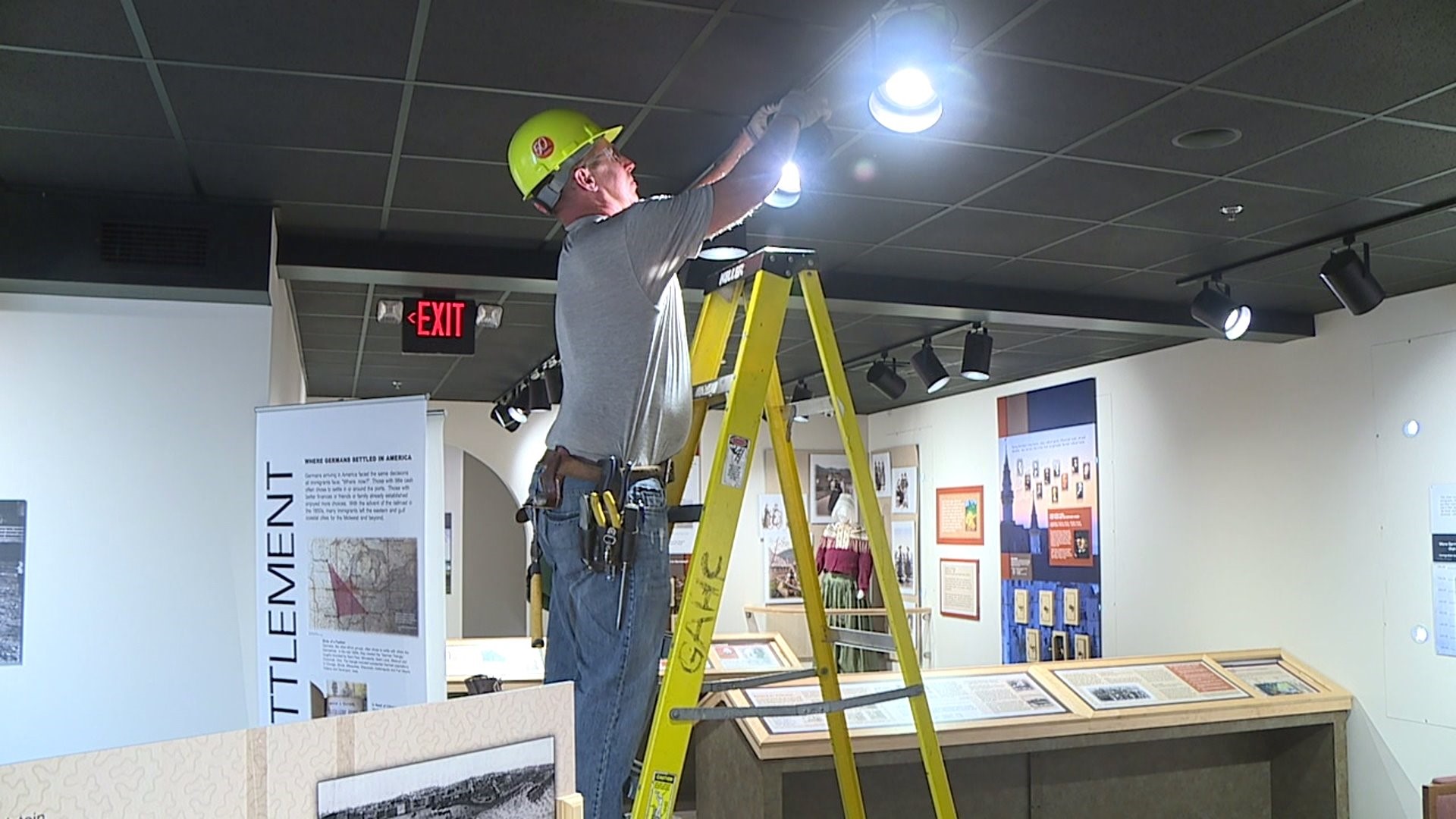 DAVENPORT, Iowa -- The German American Heritage Center in Davenport celebrated the 25th anniversary of its founding this year. The historic building has undergone a series of renovations over the years -- most recently, a team of union electricians replaced all of the lights in the building with energy efficient LEDs.

Originally a hotel, the iconic building in downtown Davenport was originally a hotel. It's now home to a gift shop, offices, a community center and museum, complete with a recreation of the original rooms many German immigrants would stay in back in the 1880s.

"Visitors' experience is dependent on the lighting," said Kelly Lao, executive director at the German American Heritage Center. "You need to be able to read the panels of information that we're presenting. And then the artifacts that are in display cases need certain levels of light as well," she said.

A local contractor hiring union electricians represented by NECA and IBEW replaced all of the conventional lighting fixtures in the building with energy-efficient LEDs last year.

"There's a lot of targeted lighting in a museum, so that you highlight specific areas," said Dave McCracken, the Business Development Manager at Koehler Electric in Davenport. "It's not just one big bright room," he said.

The project also created savings for the German American Heritage Center with a rebate from the power company for making the switch to LED, and monthly savings on the energy bill. The LED lights save the non-profit money because they are more energy efficient than incandescent and fluorescent lighting.

"Being able to save funds is essential for a non-profit, where we can redirect those funds for people's experiences," said Lao. "For having new exhibits, children's programs, outreach. Instead of having to pay the electric bill," she said.