Skilled to Work: Local 145 electricians lighting up the new I-74 bridge

lot of motorists look in awe at the cranes and arches at the Interstate 74 bridge project. But while the iron workers move around and install the heavy metal, i... 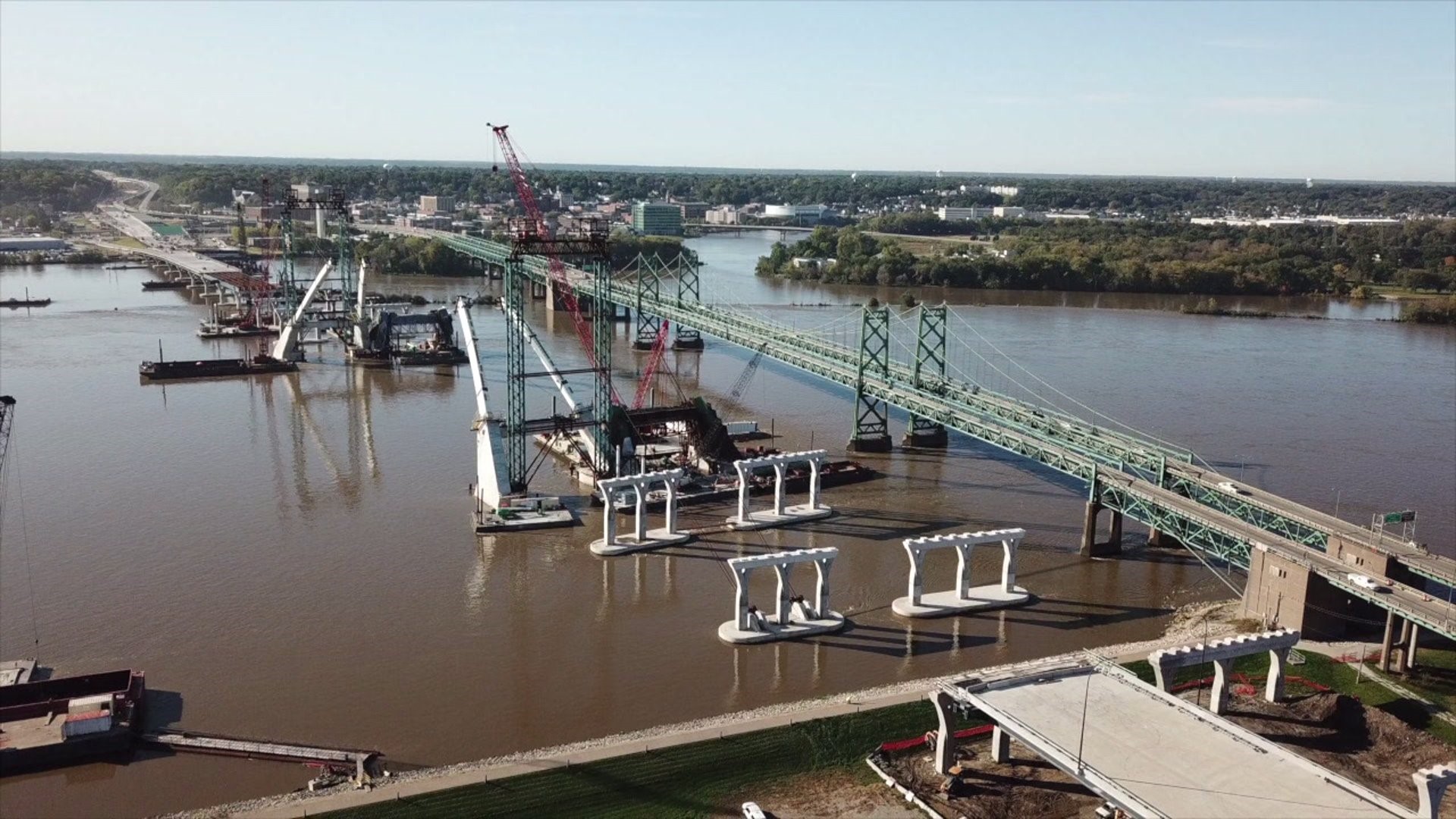 BETTENDORF, Iowa -- A lot of motorists look in awe at the cranes and arches at the Interstate 74 bridge project. But while the iron workers move around and install the heavy metal, it's the Local 145 electricians who are making sure there will be plenty of light when the job is done, both above and below the bridge.

"They get the steel and everything installed and then we mark out where the boxes go, and then we have to cut the rebar to be able to fix the box inside," said jobsite foreman and  journeyman electrician Bob Horn, pointing out the conduits and electrical boxes running inside the road barriers.

Those electrical lines will power both the mainline roadway lights and the aesthetic lights on the underside of the bridge.

"There's a lot of work like that that really goes unnoticed by the motoring public," said I-74 corridor manager George Ryan.

Under the bridge, two electricians could be seen with a makeshift contraption to help them pull wire smoothly along. Another example of electrician problem solving, the rig included seven circuits and a ground wire suspended by construction vehicles and axles on jackstands.

"My goal here is just to keep it uniform and feeding the pipe," said second-year apprentice Mitchel Elkin. "Make sure it doesn't get nicked up as it's going in."

He could be seen occasionally lubing up the wires with a soapy substance as he guided them into a pipe.

"It feels a little weird, but everybody's got to do it now and again," Elkin said.

It's another example of the kind of work that mostly goes unseen, but will make a big difference when the job is done.