Skilled to Work: Apprentices master welding skills at the shop

BETTENDORF, Iowa — If you can picture something being made of metal, the welders at Local 91 Sheet Metal Workers Union can probably build it. Apprentices ... 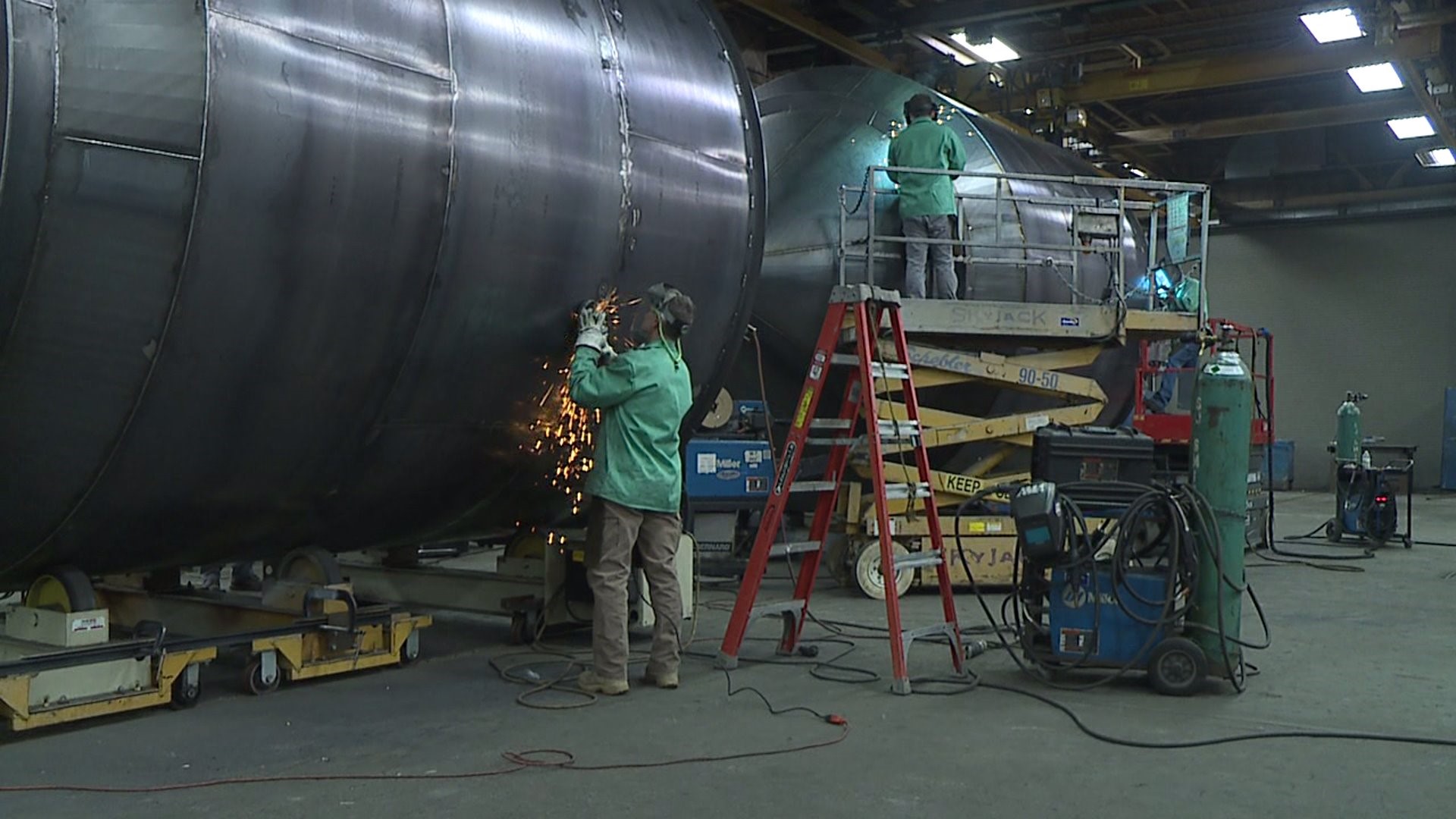 BETTENDORF, Iowa -- If you can picture something being made of metal, the welders at Local 91 Sheet Metal Workers Union can probably build it. Apprentices could be seen working on a massive steel tank at a shop in Bettendorf on a recent Tuesday morning, using a scissor lift to hit hard to reach spots.

Second-year apprentice Mark Logue was using a MIG welder with a spool gun feeding him the wire.

"There's all different kinds of wire that you can use, but this is rolled steel, just mild steel, so we use a regular wire on it," Logue said.

Meanwhile, he said, TIG welding requires some finer skills as the welder sometimes has to take the wire by hand. TIG welding is commonly used on food grade stainless steel, like industrial kitchen counter tops. Those could be seen being built in another corner of the shop.

But for larger projects, like the tanks, MIG welding works best. For a long, continuous weld, the workers can place the tank on rollers. They set the variable speed and weld.

"Yeah, when you’re trying to cover large areas without starts and stops like the middle of this thing," Logue said, gesturing again at the large tank slowly rolling over in the middle of the welding shop.