After impressing students and parents with a newly expanded and renovated Bartlett Performing Arts Center in 2019, Moline High School is undertaking new projects. 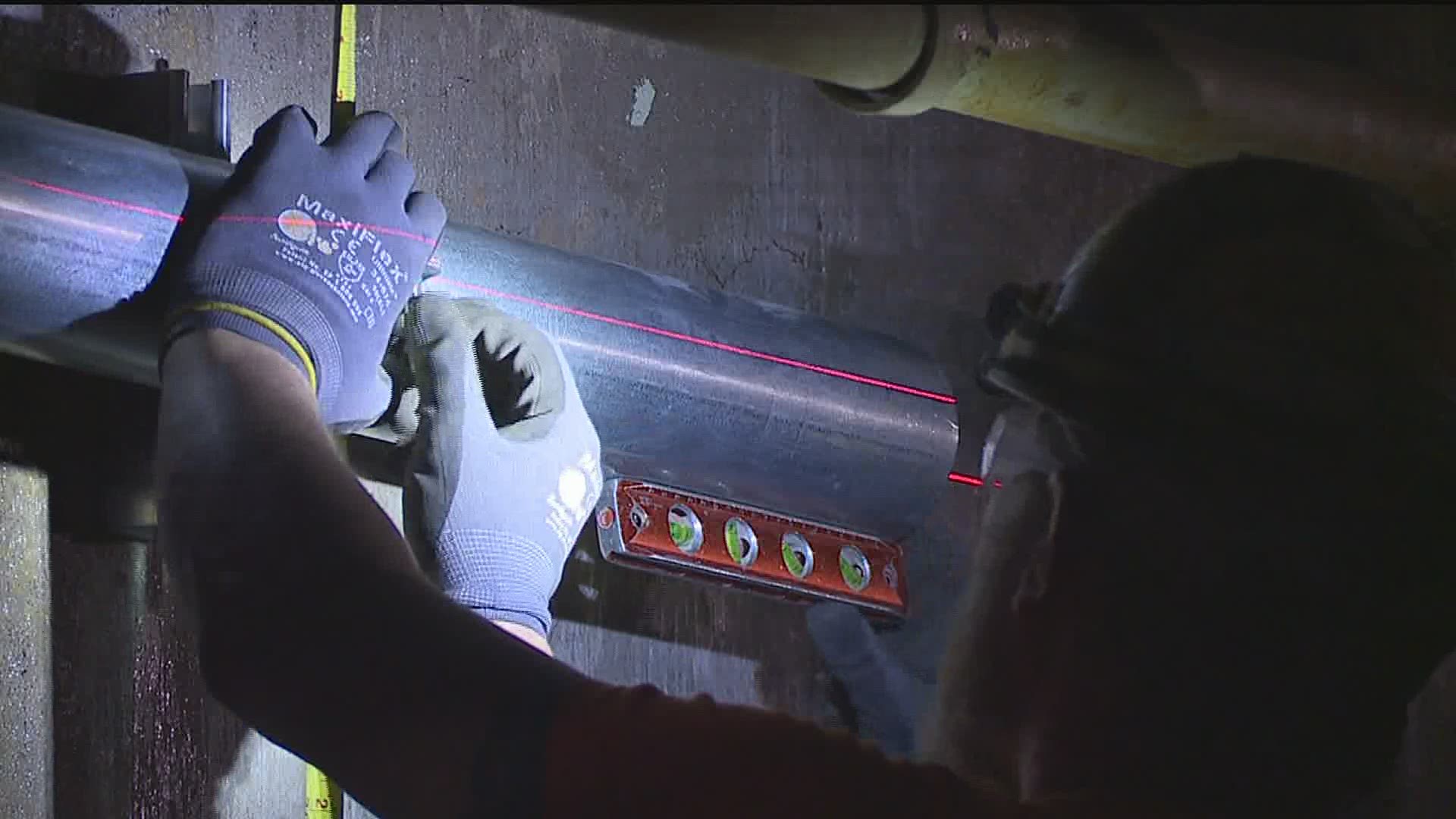 Thanks to NECA contractors and IBEW electricians, the auditorium area of the Bartlett Performing Arts Center at Moline High School has just that.

"The beauty of this space is only surpassed by its functionality," said Principal Trista Sanders. "What we have now it's just such a transformation of the space and the facility."

It took a lot of work backstage to power the lights. If you venture behind the curtains, you may see the conduits running up to the mezzanine, neatly installed by Local 145.

Workers are remodeling the old gym space and locker rooms as part of a major P.E. facility overhaul and expansion.

"The new building is about 55,000 square feet," said coordinator of facilities services Keith Karstens. "That'll be a new 220-meter track, four basketball courts.. it will have four batting cages."

On Tuesday, Local 145 electricians could be found working in a service tunnel using a laser level to run new conduit for a future HVAC system.

It's not exactly glamorous work.

"We have a lot of construction going on at our high school," Karstens said. "Some of it is glitz and glamour, some of it is all the infrastructure that goes on in the tunnels, in the walls, that don't get seen."

"Oh, there's no way that this project could have happened without them," said Sanders.