These roads will be closed during Rep. John Lewis memorials in Atlanta 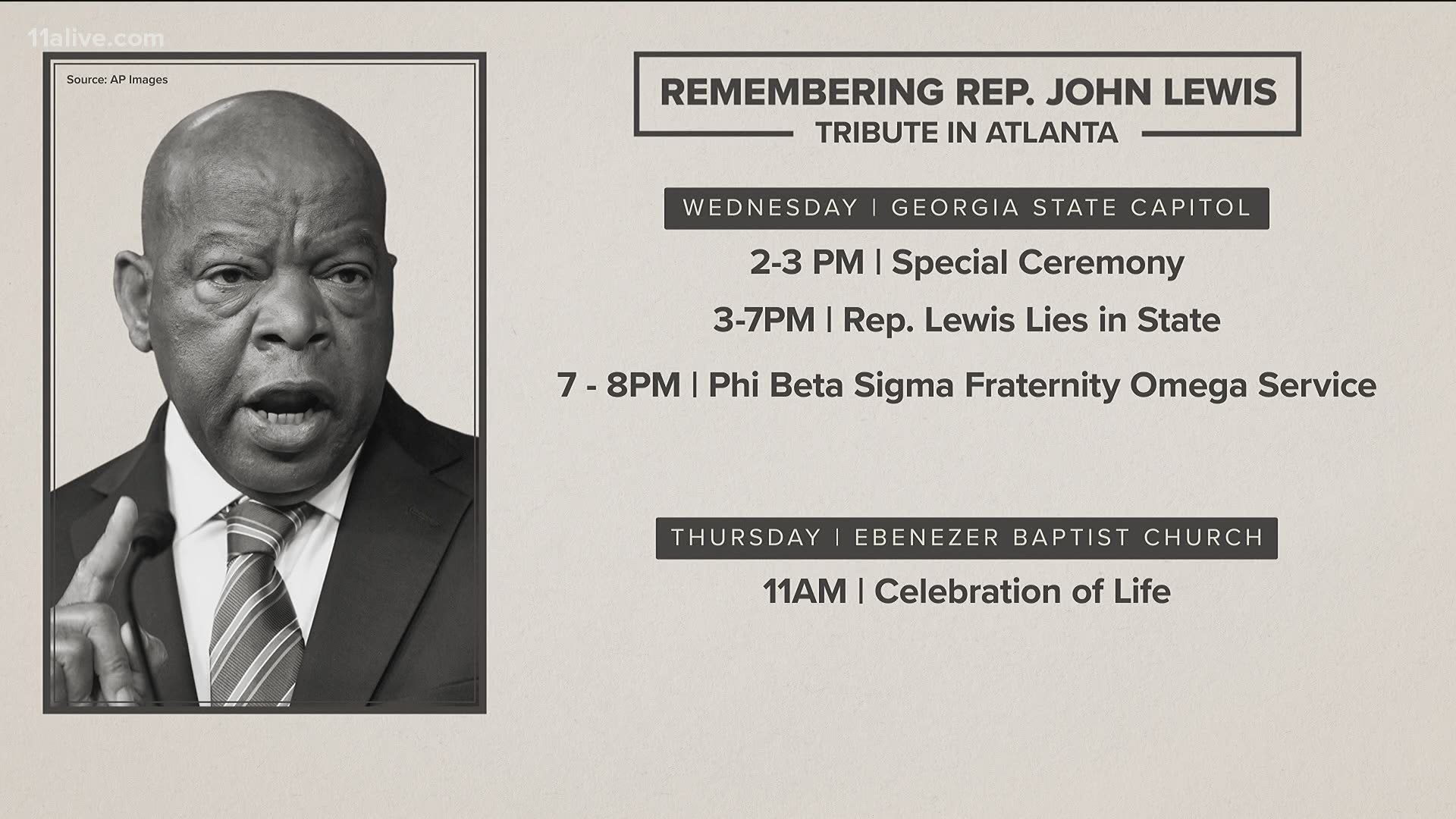 ATLANTA — On Wednesday, the late Rep. John Lewis will arrive in Atlanta so he can be celebrated and remembered during multiple events before he is laid to rest.

Lewis is expected to arrive at the Georgia State Capitol at around 2 p.m. where he will lie in state through the evening.

The Atlanta Police Department is warning those who may be driving in the area about road closures.

Starting Wednesday, the following roads will be closed:

On Thursday, between 9:30 a.m. and 1 p.m., the following roads near Ebenzer Baptist Church will be closed:

Police said that there will be no vehicle access around the perimeter of Ebenzer Baptist Church, however, pedestrians will still have access.

Those attending any of the services are encouraged to use ride-share services.

The civil rights icon died July 17, 2020 after serving serving the people of the 5th district for 17 terms. The Georgia Democrat was 80 years old.

His final journey in Atlanta comes after four days of celebrations of life ceremonies that included stops in Alabama and Washington D.C.