Despite all obstacles, a Scott Community College student is reaching her goals. 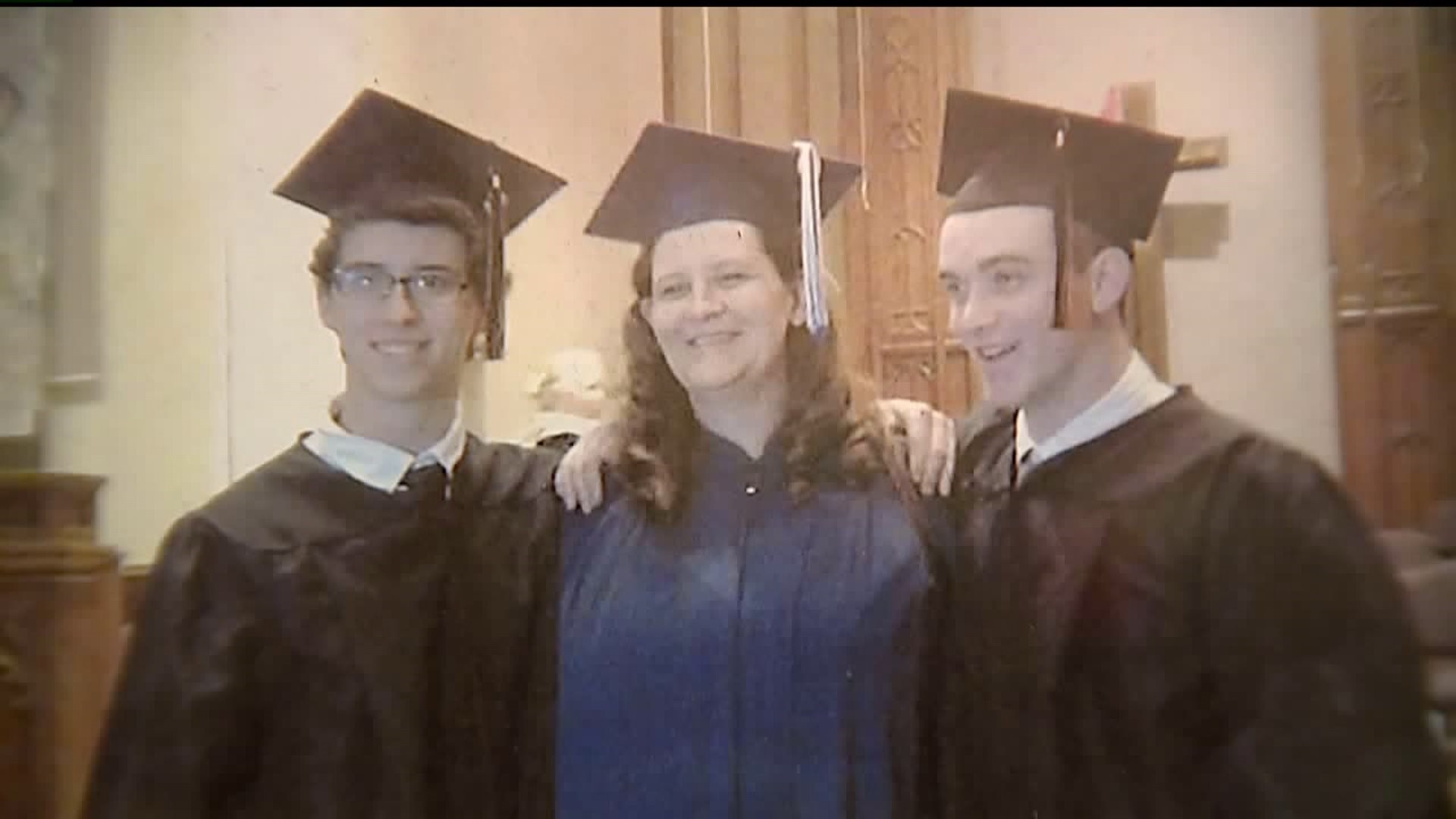 DAVENPORT, Iowa - A Scott Community College student will be honored next month for winning a national award.

At the age of 37 Megan Linzy, a mother of three found herself without a high school diploma, holding several part-time jobs. It wasn't until she made a deal with her son that everything would change.

She was afraid Charles wouldn't get his high school diploma, so she made him an offer, if he graduates, she'll go back to school to earn her GED.

Both of them turned things around together. Megan got her GED and graduated the same time as her two sons. Three years later she's now a month away from earning her associate's degree.

However, Linzy has to work harder than most; she suffers from Dyslexia and short-term memory loss.

When she's not in class or home studying, she's taking care of her mom who's battling stage four cancer.

"She`s been fighting every day to see me in May graduate," said Linzy.

The rest of her time, she's at work where it all started, Scott Community College's West Davenport Center. She's also become a mentor to other adult students.

It's Linzy's hard work and determination that earned her a national award, being names the National Outstanding Adult Learner of the Year.

Linzy's success doesn't end here, she wants to become a teacher and teach adult students like herself.

"I can be that guidance of its ok to fail," said Linzy.

Linzy's story is proof that it's never too later to go for what you want.

Part of the award Linzy will receive $10,000 and take a trip to Florida where she'll make a speech.