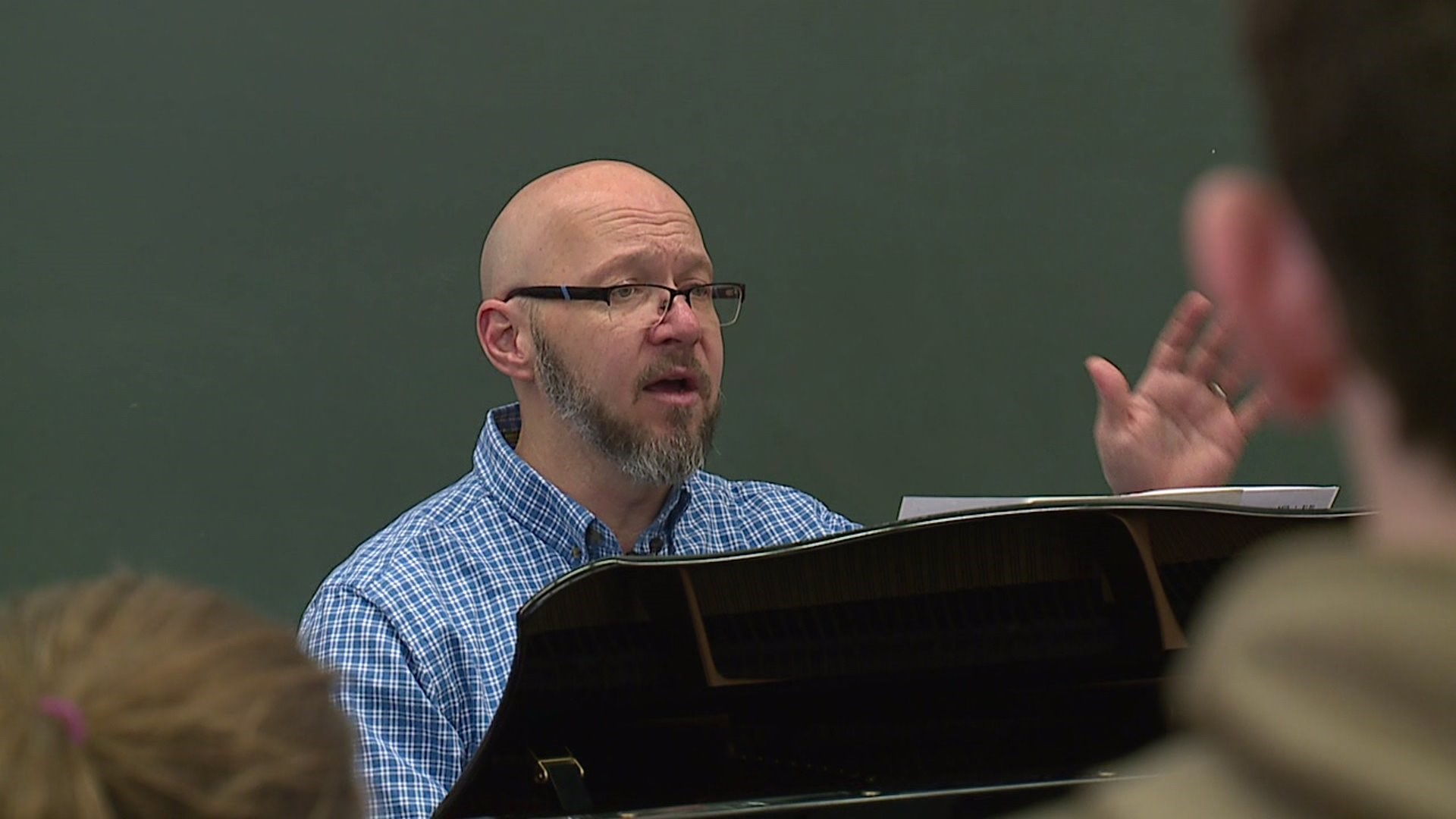 "It's very humbling," Oelschlaeger said. "Being this little small school on the west side of the state, to receive an honor like this is really pretty amazing."

"He really deserved it," Rockridge High School student Alex Minyard said. "I couldn't imagine anyone else getting it."

The award qualifies Fischer-Oelschlaeger for a national award in 2020.

"Next year it will go to the national level," Oelschlaeger said. "I will be compared against some of the other state recipients."

The Rockridge choir is four time state champions in music for it's school size.

"We've been state champions in music for the past four years for our size schools," Oelschlaeger said." So, we're hoping to continue the tradition."

"He's the one who taught me about music and how to make myself a better musician than I already was," Minyard said.

"I don't do it for anything like that," Oelschlaeger said. "I do it for the love of music and for the kids, but when something like this comes out of it, it's nice too."