On Monday night that winner was Davenport Central High School. It’s the first time the school won the competition. Their skit started with a student made ... 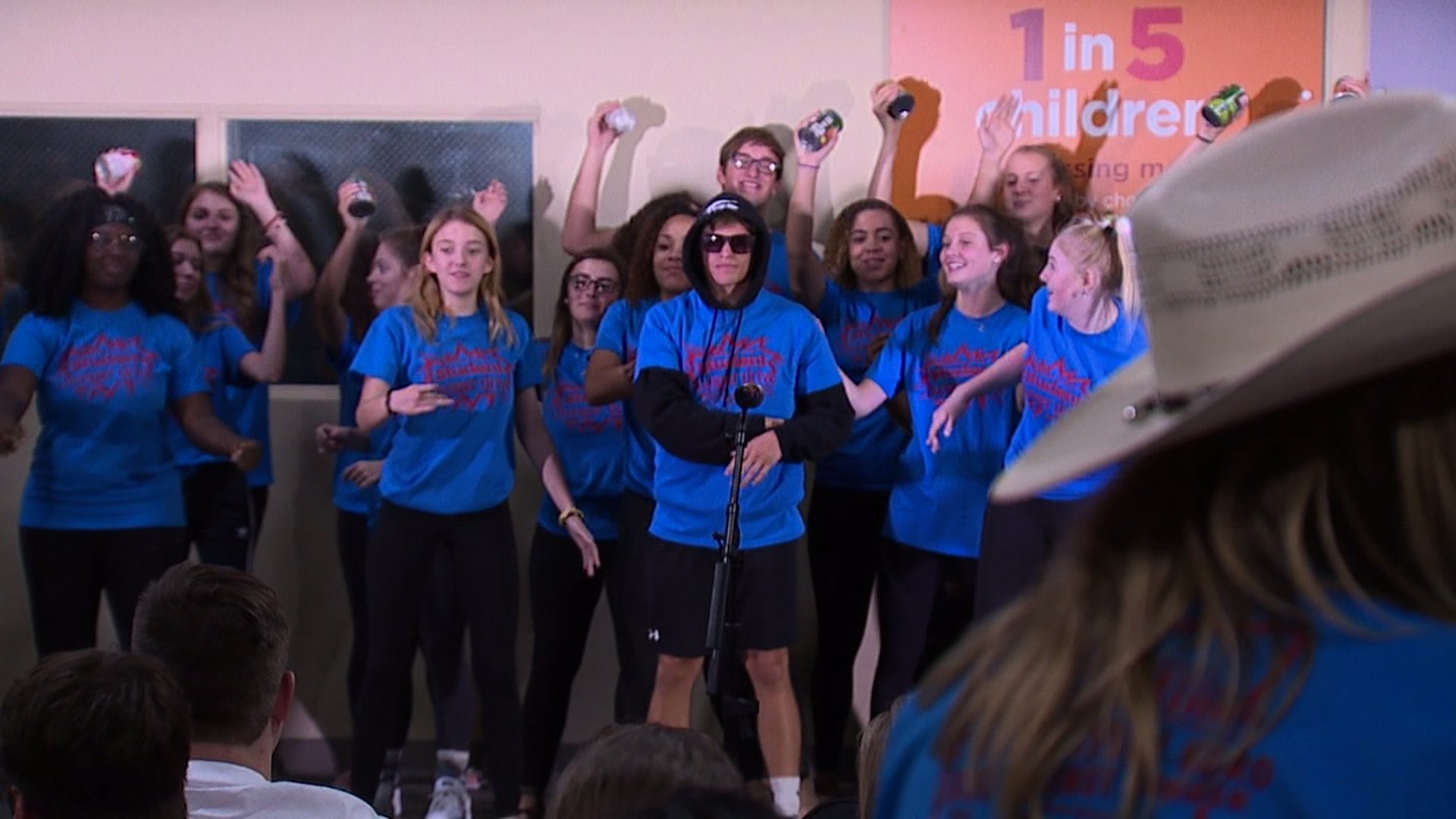 DAVENPORT-- The students are hungry for competition.

17 schools from around the Quad Cities area battle it out student hunger drive style.

"It's nerve-wracking when you go up there, but once you get into it, you start having fun," says Rivermont Collegiate sophomore Nayana Gowda.

It's a tradition. Every year students come to the River Bend Foodbank to kick off the annual student hunger drive. For the next six weeks, students collect as much food as possible to donate to families in need.

But first each school gets a minute to energize the crowd in hopes of being crowned Student Hunger Drive Skit Champion.

"We have been practicing since the beginning of September," says Mumma.

The school with the winning skit gets 2,000 pounds added to their total. That's a big incentive in the competition.

On Monday night that winner was Davenport Central High School. It's the first time the school won the competition. Their skit started with a student made tunnel, then a rap about donating food, then ended with a student doing a flip.

But students say their biggest motivation is to help people struggling to put food on their table.

"I see people outside begging for food with signs, and I feel so horrible. So this is to send out a message to people in a catchy way to tell them to donate to help others because this is what it's all about," says Gowda.

River Bend Foodbank workers say one in eight adults and one in five kids in the QC area don't know where their next meal is coming from.

The competition may look like fun, and it is.

But it's students hungry to help one dance move at a time.

Students will battle to collect the most food until November 9th.

All food donated will go to the Quad Cities River Bend Foodbank.