While some made bread for fun during the pandemic, one Quad Cities man made a business out of it 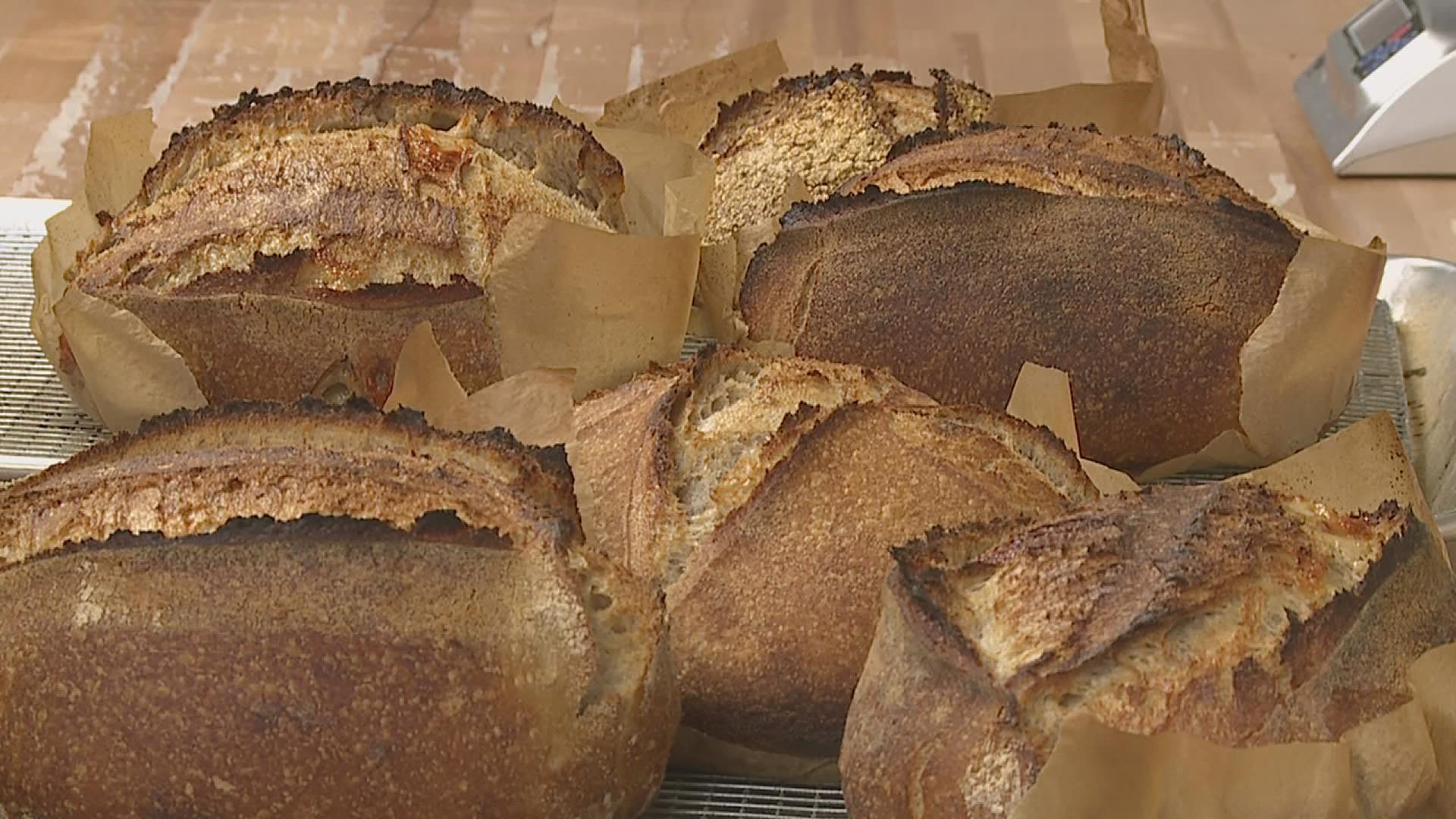 MOLINE, Ill — During the early days of the pandemic, many people across the country were learning how to make sourdough bread at home. Brandon Carleton was one of them, and now he has his own business: Blue Spruce Bakery in Moline.

Before the pandemic even began, he said he had a friend who would drive to Iowa City once a month to buy bread.

"I had a hard time believing that," Carleton said. "I said, you know, surely there's bread in the Quad Cities that is good. And she's like, 'No, there really is nothing like this bread.' So I tried it, and she was right. It was really, really good bread."

When the pandemic hit, he had a lot of extra time on his hands to learn, and he began making loaves of European style bread for his friends.

"I started making two loaves a week, and then my friends started asking for more and more," Carleton said. "I got to the point when I was making like 20 a week because they were asking for so many. And then they started telling their friends and I got to like 50 a week."

From there it clicked that he could start his own business. Blue Spruce Bakery isn't a storefront, which is why Carleton said it worked so well starting out during the pandemic while many places were shut down. Almost all the bread is delivered straight to customers at home or to restaurants and coffee shops. He said sometimes people will come pick up their loaves from the kitchen on the weekends.

It's not an easy process. From start to finish each loaf takes 54 hours.

"I actually have to develop a yeast culture that takes about 12-14 hours," Carleton said. "Then I mix all the dough and add the yeast in, and that's a fermentation called bulk fermentation. That's about four or five hours in length. And then it goes into cold fermentation, which is about 24-36 hours."

There's a lot of waiting involved.

"That's the challenge of running a bakery is you got to figure out how to utilize your time," Carleton said. "So in between while you are sitting around, what else are you making, and how are you filling that time to make other products that you can sell

He also makes pastries and sweet breads, such as coffee cake. He added that the European style bread he's making has never been sold in the Quad Cities area before.

"It's a lot of focus on whole grains, a lot of focus on like a rustic loaf versus a sandwich loaf," he said. "Bread's gotten a really bad rap as being unhealthy but a lot of that's the quick bread you buy at the store versus the slow fermented bread that we're making that still has a lot of the nutrients and health benefits in it."

His bread has been a hit with people in the Quad Cities. Carleton said he gets a lot of customers that moved here from Germany.

"They say, 'I haven't had good bread for 30 years,' or what they consider good bread - this style of bread. So that's one thing I hear a lot is, 'Finally somewhere in the Quad Cities where I can get a really good loaf of bread,'" he said. "I have a lot of customers too that have gluten intolerances and this style of baking actually makes it, not people with celiac, but people who have gluten intolerances, that can eat my bread."

Blue Spruce Bakery sells 12 different types of bread such as an old world rye, pumpkin sunflower, and parmesan and peppercorn. Carleton said he's getting ready to unveil his new fall inspired menu which will feature breads such as honey cinnamon and espresso, Mexican hot chocolate, and cherry chocolate almond.