MOLINE — You may not know, but before she became the U.S. Representative for Illinois’ 17th District in 2013, Congresswoman Cheri Bustos worked in h... 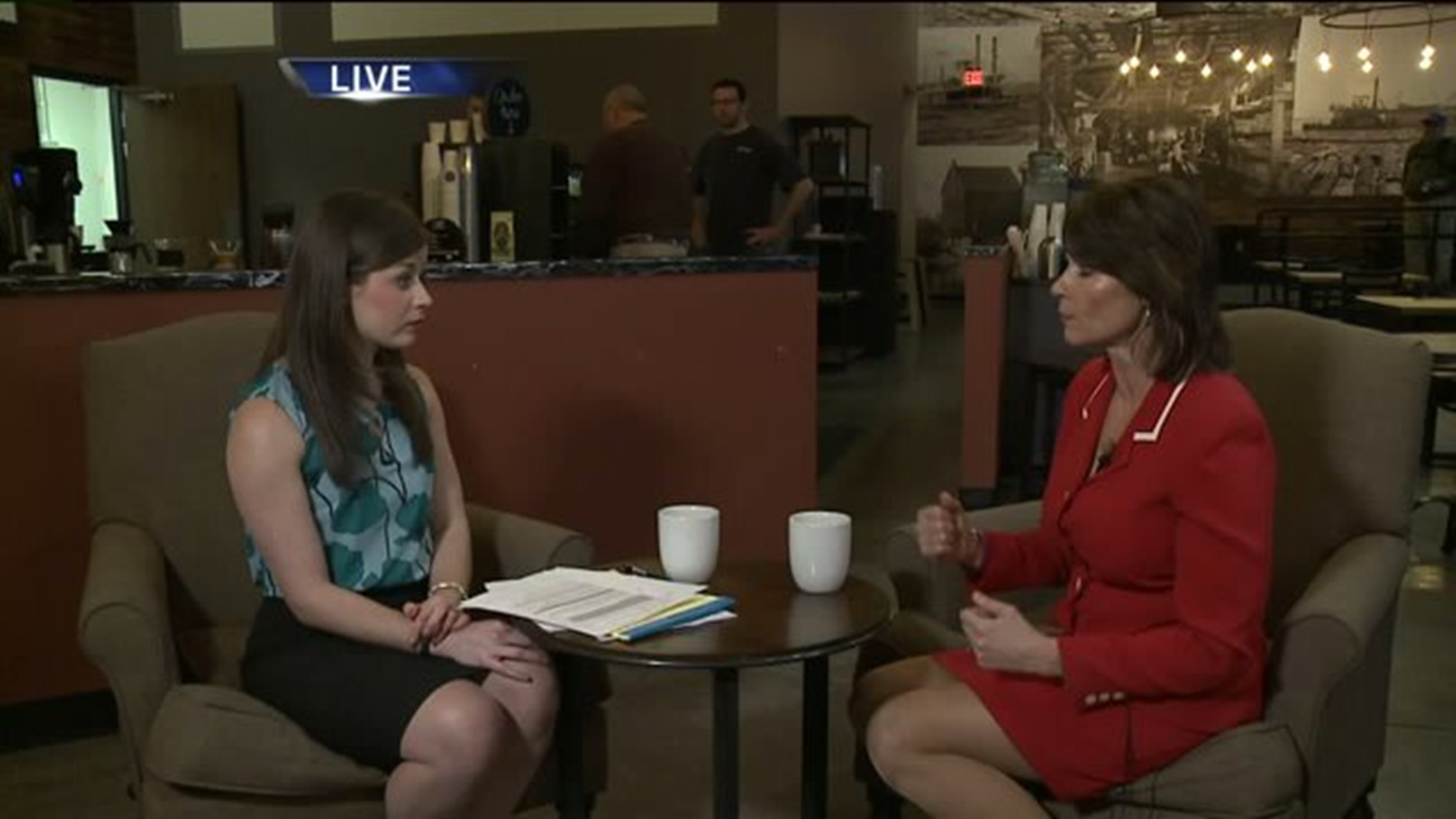 MOLINE -- You may not know, but before she became the U.S. Representative for Illinois' 17th District in 2013, Congresswoman Cheri Bustos worked in healthcare and said she knew what we were facing before the Affordable Care Act (ACA) passed.

"It was an unsustainable path as far as the affordability and accessibility of healthcare," she explained on Wednesday, February 22nd, 2017 during her time on Good Morning Quad Cities' new "Breakfast With..." segment at Milltown Coffee in Moline, Illinois.

She said there is a lot of good components of the ACA:

"Now, we have 22 million Americans who are insured who weren't before," Rep. Bustos explained to News 8's Angie Sharp. "Insurance companies cannot discriminate against those with pre-existing conditions. If you hit a certain cost point for your family, you don't have to go into bankruptcy. Insuranc companies can't just cut you off."

However, she said there is also some work that needs to be done, like making the ACA more affordable and addressing the cost of prescription drugs:

"When I look at this repeal argument, I'd say no - there's too many good components - but let's repeal and repair rather than repeal and replace," she explained. "It would just cause chaos all over the country if it was just a replacement, which - by the way - we haven't seen what that plan is yet."

As for how the last month has been under the new Trump Administration, Congresswoman Bustos said it's unlike any time she's ever seen. However, she's staying open and optimistic.

"I said on Election Night and I said on the day he was sworn in that if I can work with Donald Trump and his administration, I will and I still have every intention to do that, but if he’s taking us down a dark path or some place that doesn’t make sense for the people I represent, then he’s going to have a little bit of a challenge on his hands from my perspective," she explained.

"I’m waiting for that pivot to statesman-like behavior and I’m still waiting for that. We still see the middle of the night tweets and he’s the President now and it’s time to get the work done and really set aside partisanship and I really hope moving forward we can do that."

Rep. Bustos said she does like President Trump's new appointee to the National Security Adviser position and believes they may be able to find some common ground on issues such as transportation, infrastructure, and agriculture. Congresswoman Bustos serves on both the U.S. House of Representatives' Committee on Agriculture as well as the Committee on Transportation and Infrastructure.

She was also recently elected to the Democratic House Leadership as the Co-Chair of the Democratic Policy and Communications Committee, which she explained is a big role:

"Everybody sitting around that leadership table - with one exception - comes from either the West Coast or the East Coast and I am that one exception representing the Midwest, so I see that as an opportunity to make sure I am telling the stories of the people back home - the people who work at John Deere and the people who work in small manufacturing jobs and our farmers, because we come from a different perspective, so I take that responsibility very seriously."

She is taking it so seriously, that she has decided not to run for Illinois Governor in 2018:

"It’s a great opportunity and there’s a lot of work we have to do, so that really weighed heavily on my decision as to whether I can make more of a difference for our region in Washington or in Springfield."

She had some opinions about Illinois' budget battle, though. You can hear those here: 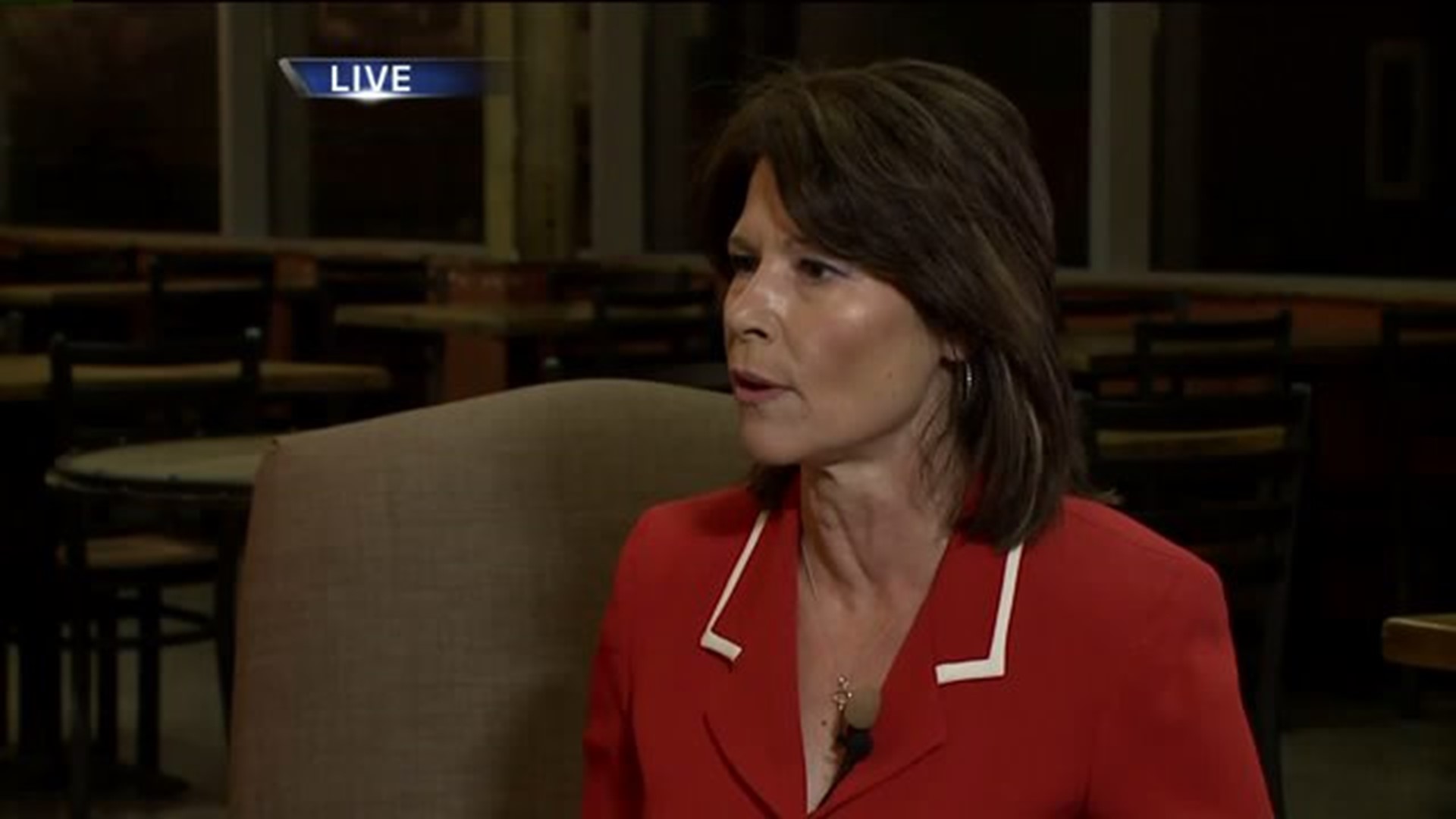 As part of "Breakfast With" segment on Good Morning Quad Cities, we also answer your questions. We were able to address a bunch during a 30-minute long Facebook Live:

We also asked Congresswoman Bustos a few lighter questions. Click below to find out where she and her husband, Rock Island County Sheriff Gerry Bustos, like to go on Friday nights: