On Thursday, April 12, 2018 Davenport Police Chief, Paul Sikorski joined WQAD on Good Morning Quad Cities for our Breakfast With… segment. He sat down with Jesy... 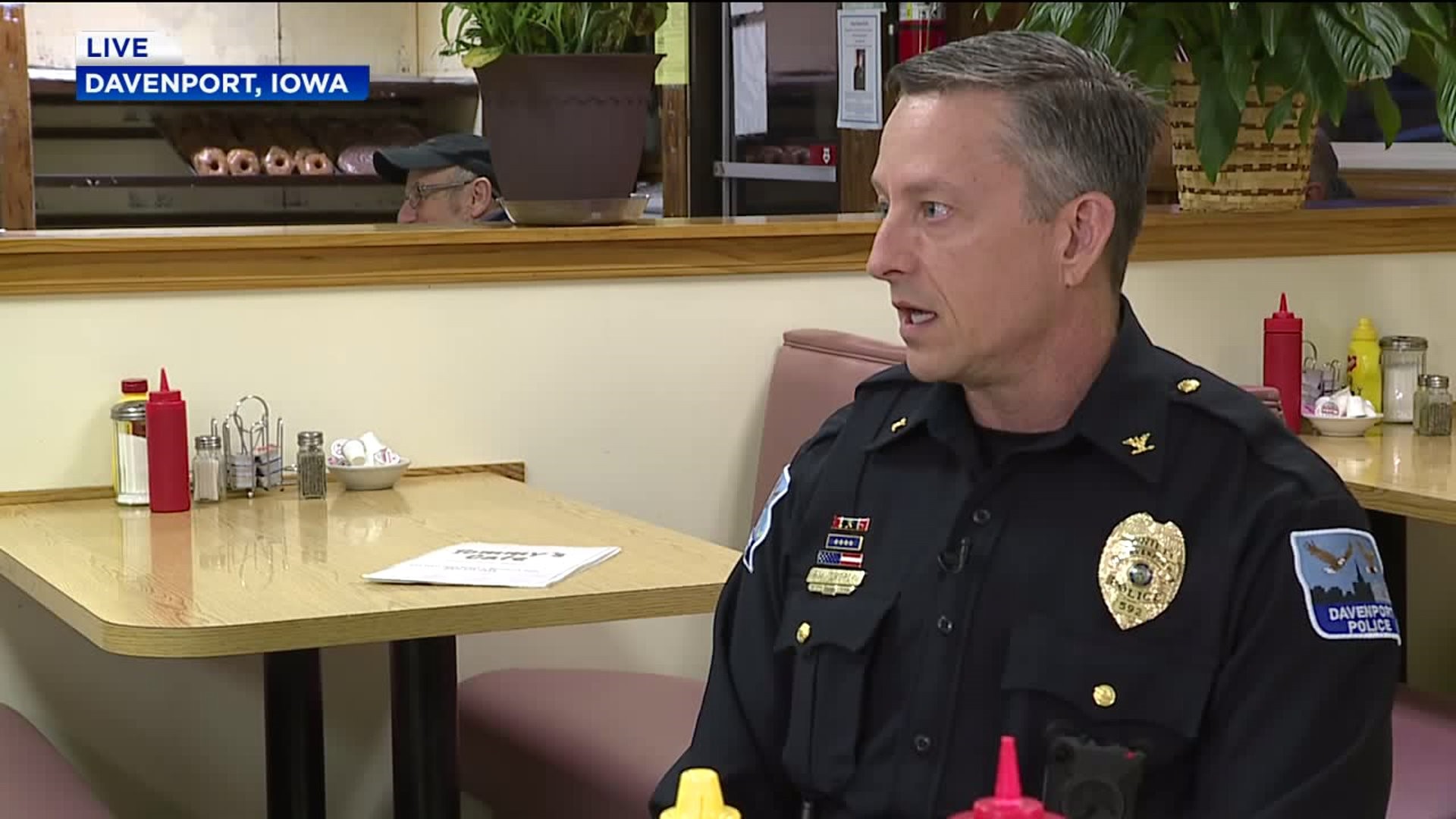 He sat down with Jesyka Dereta at Tommy’s Café in Davenport to talk about the recent increase in shots fired calls and juvenile crime in the city.

The Davenport Police Department is also shifting its focus when it comes to combating the recent increase in juvenile crimes in Davenport. 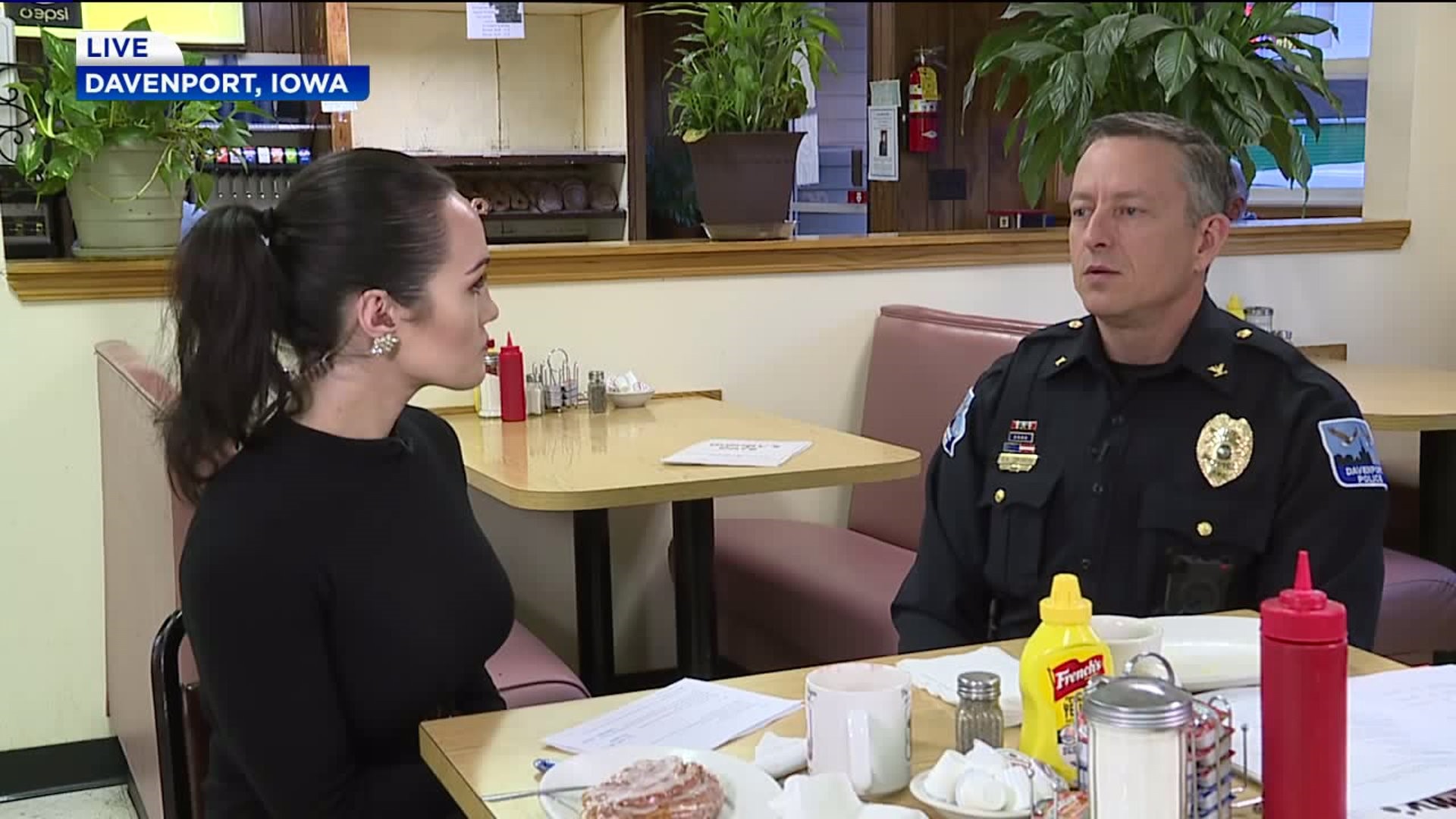 The department has been collaborating with other law enforcement agencies and juvenile court services to create stiffer punishments for juvenile crimes.

“A great percentage is these cars are being stolen by youth. In 2016 most of those were charged with joy riding and now we are working in charging the punishment to a charge in vehicle theft,” said Sikorski.

Officers are working on educating youth at a grassroots level to try and prevent juvenile crimes from happening in the first place.

“This isn’t our youth of the Quad Cities. We have awesome kids in our area and these crimes are a small percentage but that percentage that is creating dangerous situations in our communities and we need to put a stop to it,” added Sikorski. “A common question is ‘why don’t you lock them up’ and that does happen but as a system we need to figure out a way to prevent it from not happening again.”

Chief Sikorski says when someone is convicted of a crime, there is a 68% chance of re-offending.