NAILED IT OR FAILED IT: Fun with shaving cream and baking soda

We all know mixing baking soda with vinegar results in a lot of fizzing, but what about putting it all together in a plastic bag? WATCH! 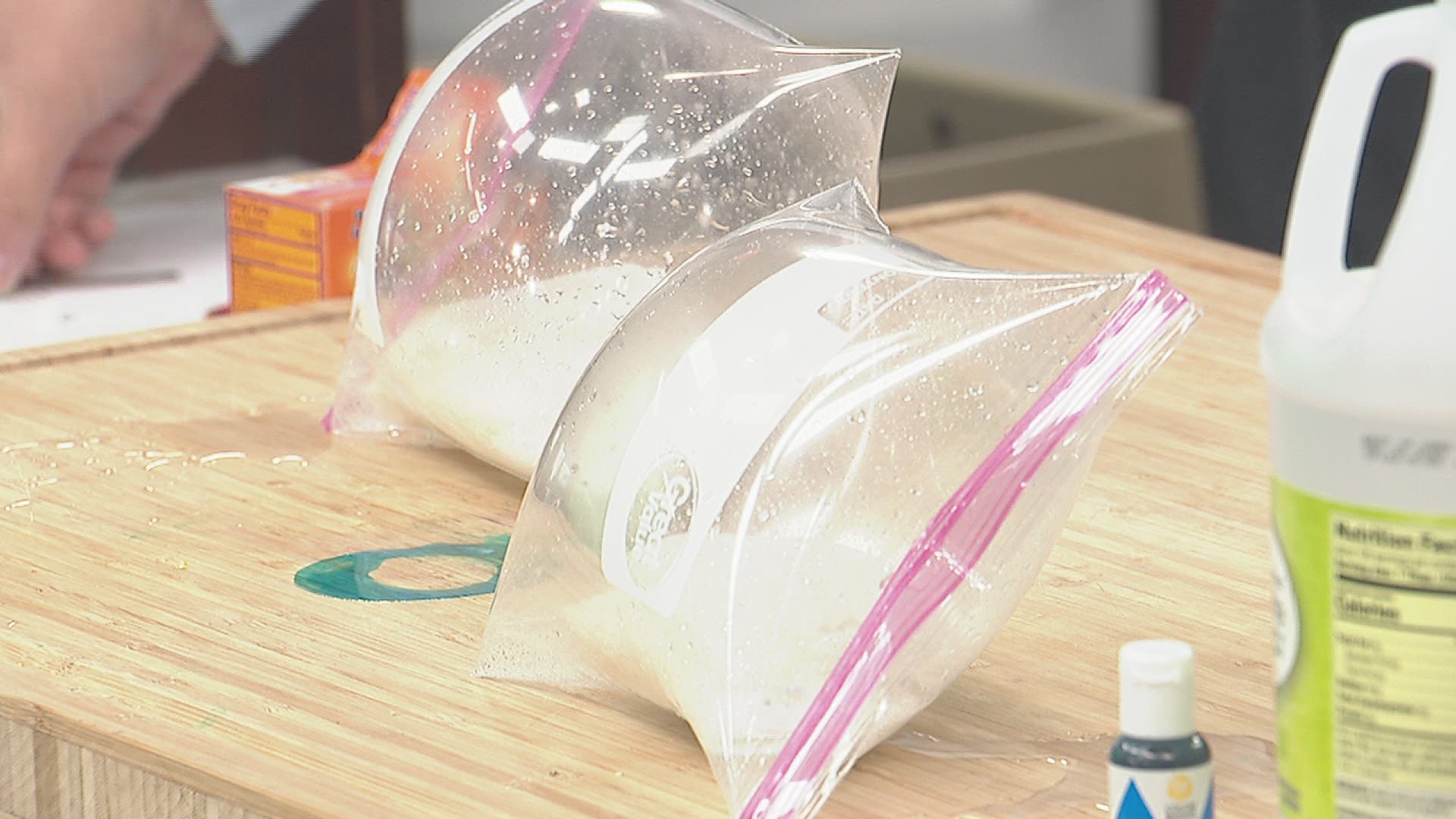 MOLINE, Ill. — My first NAILED IT OR FAILED IT is in the books!!! With Angie taking a few days off this week, I was tasked with creating this week's fun challenge. Of course, I decided on something with a weather theme and also something that may or may not have exploded in the end.

This week we created our own "Storm in a Glass" display using ordinary items that you likely have around the house.

Next, grab another glass and mix half a cup of water and ten drops of blue food coloring. Mix it well. Take a spoon and dip it into the food coloring and begin transferring small amounts of water to the top of the glass so it can sink into the shaving cream and then eventually sink through to the water below. What we are simulating is the actual cloud and rain process of a storm. Rain particles remain suspended in a cloud, or in this case, the shaving cream until enough of them collects and becomes heavy enough to fall to the surface.

Lastly, we attempted to send this week's episode out with a bang, literally. Baking soda and vinegar combined produce quite a bit of carbon dioxide. Some folks use it to clean, others make an erupting volcano with the mixture. Today we attempted to make gas blasters.

Credit: WQAD
Wrap the baking soda in a paper towel so that it slowly combines with the vinegar after you seal it in the bag.

Grab a plastic sandwich bag that has a good seal on the end. Fill it with half a cup of distilled vinegar. Set that aside. Next, grab a single sheet of paper towel or tissue and place a tablespoon of baking soda in the middle of the sheet. Fold it up so it doesn't leak. CAUTION: You'll want to wear eye protection or do this outside where you can get some distance away from the plastic bag. Place the paper towel or tissue containing the backing soda in the bag, seal, and then begin to shake it so the baking soda slowly mixes with the vinegar. Step back! You'll quickly notice the bag expanding and reaching maximum capacity before it explodes. The buildup of carbon dioxide eventually becomes so great that the bag can no longer contain it. BOOM! A little exposition should take place.