NAILED IT OR FAILED IT: Making your own invisible fire extinguisher

This week we create carbon dioxide gas to extinguish fires 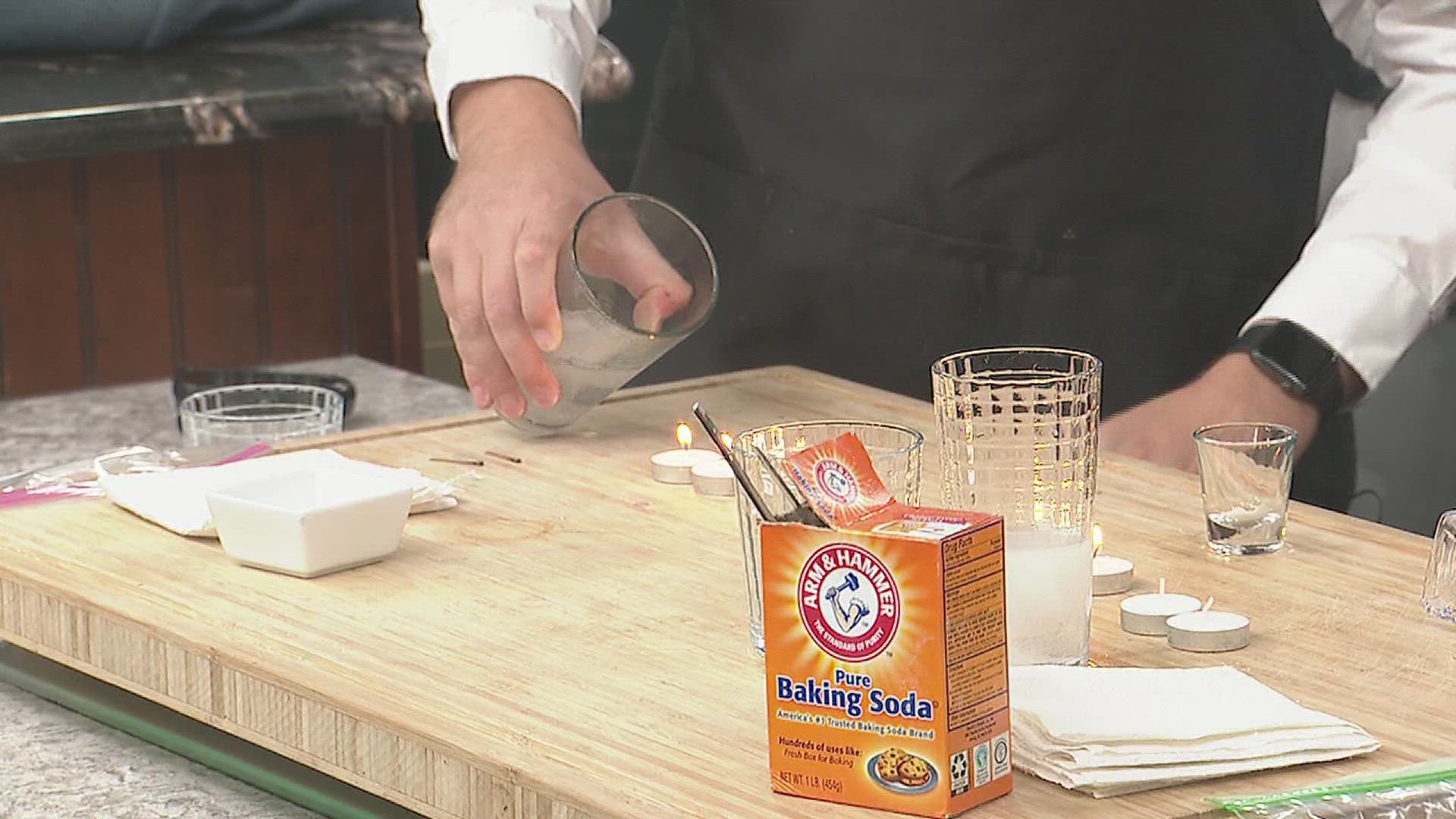 MOLINE, Illinois — We've got more fun science experiments for you to try this week involving everyday items around your home. We'll be making an invisible fire extinguisher using baking soda and vinegar.

When you mix baking soda and vinegar, carbon dioxide gas is produced. This gas is much heavier than the normal air that we breathe and easily sinks. In this experiment, we'll create the carbon dioxide gas in a large cup and then slowly pour the gas above a candle to extinguish the flame without any of the vinegar/baking soda mixture touching the flame itself.

First, let's start by placing our tea candle in a shallow glass or cup. Go ahead and light it. Next, mix half a cup of vinegar with one teaspoon of baking soda in your tall drinking glass. You'll get an instant reaction with fizz rapidly developing. Allow this to settle. Now, take the tall glass and slowly pour the carbon dioxide overtop of the candle, extinguishing the flame. If it doesn't work the first time, try increasing the amount of baking soda.

If you are really feeling confident, try lining up several tea candles in a row and extinguishing them one by one with the mixture.

CAUTION: You'll want to use adult supervision at all times with this experiment since you are involving an open flame and matches.

We found that it was quite difficult to light the candle inside the glass, so it's best that you use a really short one. In fact, Jon ended up burning his finger on the match because he didn't listen to Andrew when he advised using a birthday candle to light the tea candle in the first place. In the end, though, Jons's thumb is fine and the flame was extinguished using the carbon dioxide.