As more Americans choose to stay home for the holiday, many say they don't need a large bird. 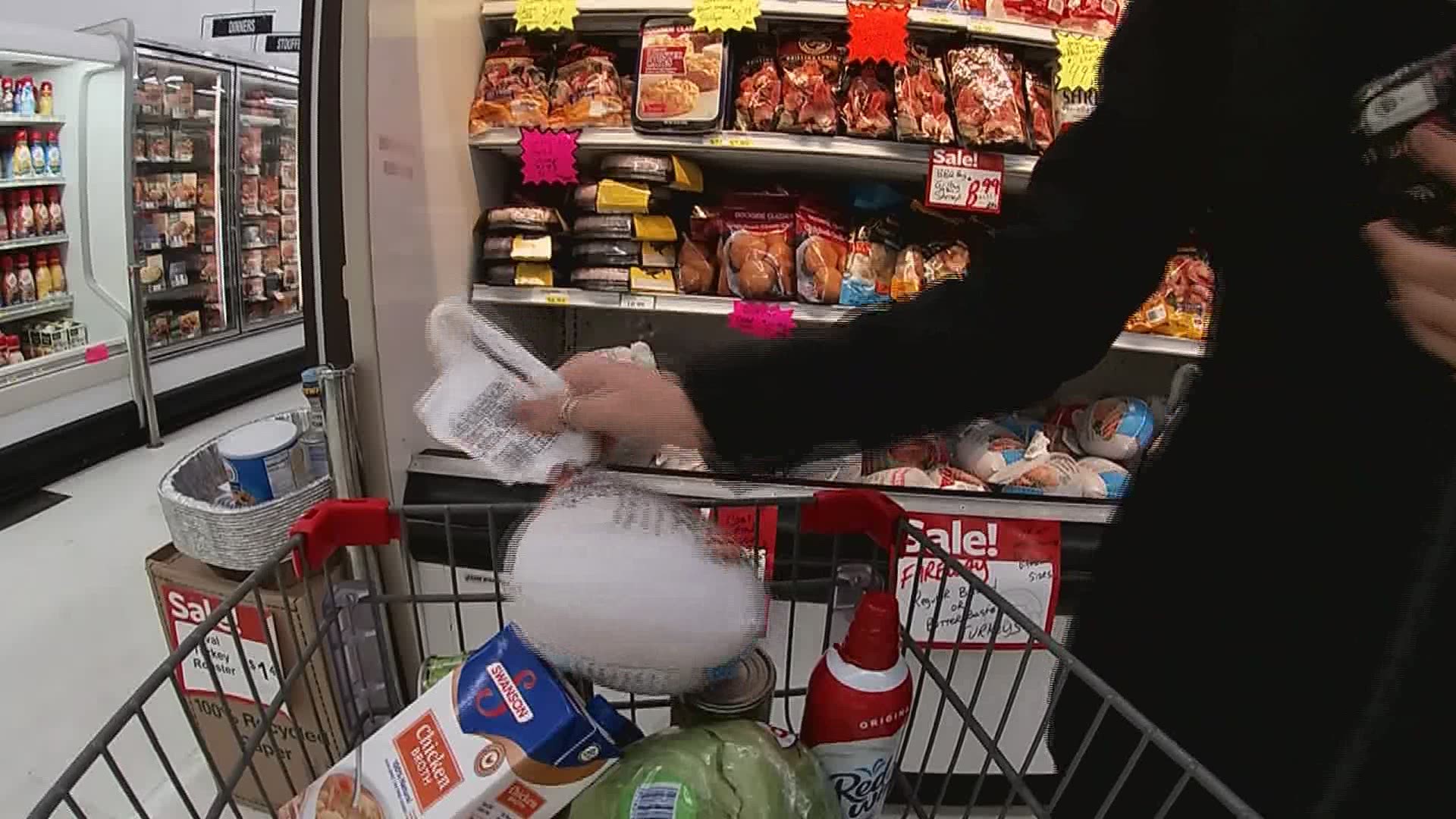 DAVENPORT, Iowa — In a year filled with change, it seems not even the iconic symbol of Thanksgiving itself, can make it out unscathed.

National trends show that a significant increase of American families are opting to stay home, and keep the gatherings small, this year, as coronavirus cases continue to skyrocket across the United States.

A September study from Butterball (the turkey producer), polling about 1,000 adults, found about 30% were choosing to keep Thanksgiving to just immediate family this year. That's about double the amount from 2019.

Information Resources, Inc., a Chicago-based data analytics firm, found in October that the average Thanksgiving gatherings will drop from 8 people to 5 this year.

RELATED: Updates: How many coronavirus cases are confirmed in Illinois

And less people at the dinner table, means larger birds aren't as necessary.

He says the store booked quite a few of the smaller birds in anticipation of this year's trend, but keeping up with demand has been difficult. He says even with several pallets of birds arriving every other day, they've sold hundreds.

RELATED: Quad City International Airport says Thanksgiving travel numbers are down from last year, seeing changes in when and who is flying

According to the University of Illinois, an average Thanksgiving turkey would be around 15 pounds.

"We just got a small turkey breast for just my husband and I," said one shopper, Shelly Tucker. "It's just gonna be the two of us, so that's okay."

Tucker says in a normal year, she would be heading to her mother's house for Thanksgiving. But with the pandemic getting worse, they all chose to have it on their own.

"I'm 53 years old and this is the first time in 53 years that I have to cook Thanksgiving dinner. So we'll see what happens," laughed Tucker. "I'd rather be with my family, but we gotta do what we gotta do. Gotta be safe during these times."

Stephenson did assure News 8 that other iconic Thanksgiving foods, such as green bean casseroles, mashed potatoes, stuffing and more, are all fully stocked at the store. In fact, he's seen more shoppers buying less this year.

"The large carts are fewer and far in-between," he noticed. "It's just smaller amounts of things that are being bought."

Zucchini is the squash we enjoy almost all year round! When picking out a zucchini in Fareway's produce section, bigger is not always better, the most flavorful are a small to medium sized vegetable. pic.twitter.com/Xgv9P2jImz

Overall, Fareway has seen about the same amount of holiday shopping as years past, but has noticed shoppers are spreading out more.

He also noticed that while there has been a small increase in 'panic-buying,' it hasn't been anything like this spring.

"I think we went through it that first time and we may have learned that if we just keep buying things at our regular, everyday pace, the supply is gonna be there," Stephenson assured. "If we buy like we normally would buy, there'll be enough for all of us."

While the location doesn't have curbside pickup yet, he does say there are plans to implement it in the future. There are special hours for elderly and at-risk populations, from 8 to 9 a.m., that have been in place since March.