'Kicking off Christmas' with food baskets for needy families, thanks to one Coal Valley family

Known for their yard filled to the brim with Christmas inflatables, Toney and Stephaine Genova used their massive holiday display to give back to their community. 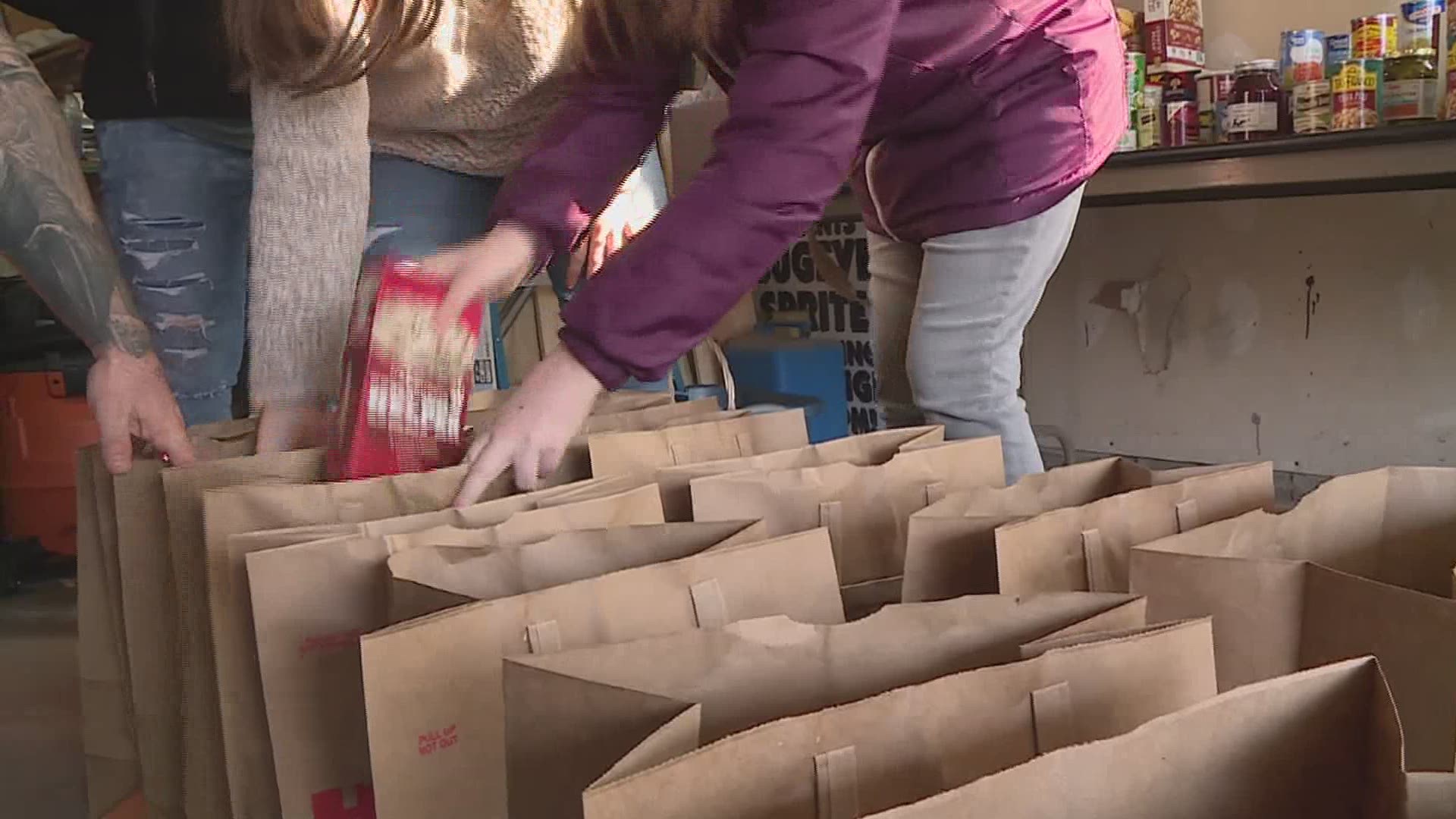 COAL VALLEY, Ill. — If you take a drive along the streets of Coal Valley around Christmastime, it's hard to miss the yard of Toney and Stephaine Genova. The couple are infamous for their massive holiday display, which includes over 130 inflatable figures. But while the blow-ups have been a staple for years, the family has decided to use their Christmas display to reach a hand out to their community.

Since 2019, anyone who visits their holiday show could donate either money or canned goods. All of that was then put towards Christmas food baskets for needy families in the area.

Last year, the Genovas raised enough to assemble five baskets. This year, they managed to nearly triple that, with 14.

"It’s just been an outpouring of donations from us just putting it out there and I’m glad that everybody’s coming together as a community to help those who really need it," said Stephaine Genova.

It was all thanks to nearly $400 in donations - from both the community, and local businesses, such as John Deere Hyvee, Da Bears Den Barber Shop, Allstate, and more. Coal Valleys Days also joined in on the fun, by partnering with the Genovas to raise more money. That, combined with over 100 food donations, meant 14 area families had a Christmas meal delivered to their door.

Each recipient was given a bag with a ham, corn, green beans, cranberry sauce, gravy, mashed potatoes, dinner rolls, stuffing and a pie, along with a tray to cook the ham in. Additionally, all of the miscellaneous food items donated to the Genovas was split equally among all 14 families - averaging out to about ten items each.

Each chosen family had originally been nominated, and according to Stephaine, the nominations had been flooding in, even after the submissions had closed.

Once everything was sorted out into the bags, the Genovas loaded everything back into their truck, and begin to drop off the baskets to houses throughout Coal Valley, Moline and Rock Island.

One of the stops was at Robin Schmidt's house in Coal Valley, where she was delighted to find one of her favorite salads hidden within her bag.

"This year's been real tough... real tough," said Schmidt. "So this is gonna be real nice!"

Fourteen families, all receiving a Christmas meal, thanks to a helping hand from the community.

"It's definitely heartwarming. Anything is possible, honestly. I'm big for the community and little kids being homeless... even older adults being homeless, definitely brings it back home," said Stephaine. "You wanna give back to the community, because honestly everything comes around. And if you're good to them, they will be good back."

The few leftover items were donated to a local Coal Valley food pantry.