The camper, usually rolling around town as Keller's food truck, was decked out with bright LED lights Saturday night. 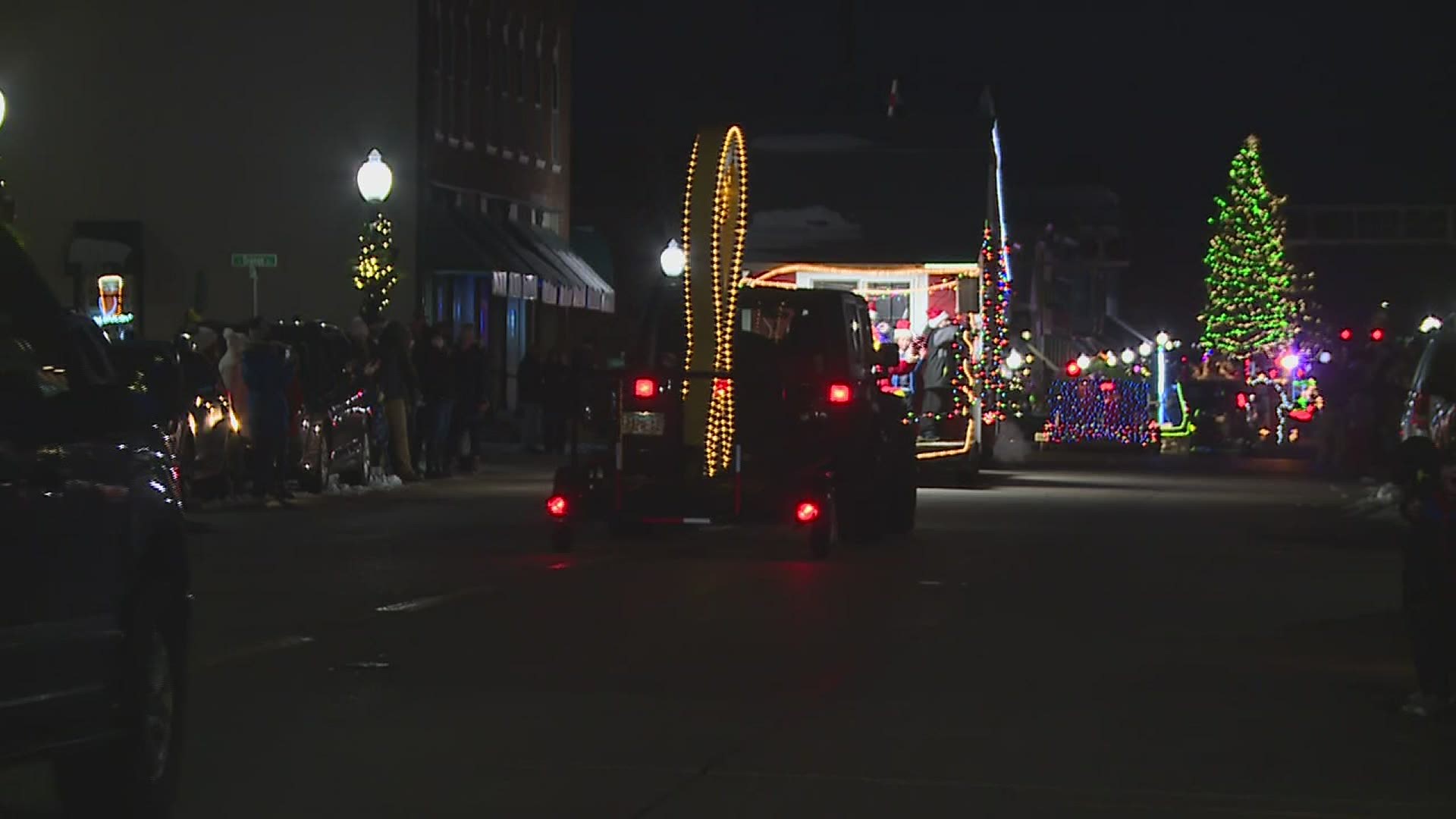 GENESEO, Ill. — After living in town for several decades, there are many traditions.

"I’ve been here for over 30 years," said Scott Keller. "It looks like it’s going to be a really big turnout. We got a lot of big floats that are going to be in the parade this year."

For Keller, the 2020 Geneseo Christmas Walk Lighted Parade is a first.

"I’ve walked through the Christmas walk and seen all the festivities downtown, but I’ve never actually been in the parade," Keller said.

He entered a float for the first time in this year's parade.

"It used to be a '93 Dutchman camper and we literally took the camper off the trailer itself," Keller said.

The camper, usually rolling around town as Keller's food truck, was decked out with bright LED lights Saturday night.

"This town’s always been big on Christmas," Keller said.

And in the 10 years Geneseo has held this parade, this year's route was a first for the Geneseo Chamber of Commerce, too.

"We’re going to be driving a six mile loop and we’ll be driving past many of our senior care facilities as well as our churches," said Zack Sullivan, the executive director for the Geneseo Chamber.

The parade brought light all over town.

"We couldn’t be happier to do this in 2020 and bring a note of positivity into what’s otherwise been a gloomy year," Sullivan said.

Finding comfort in tradition, even if the crowds are spaced six miles apart.

The other traditional events from the Geneseo Christmas Walk, like the tree lighting and jingle run, still happened but virtually this year. Because of Saturday morning's snow, the luminaries will be lit on December 19th, according to the event's Facebook page.