This week, President Trump requested to station military tanks on the Mall for his address to the nation during the celebration. 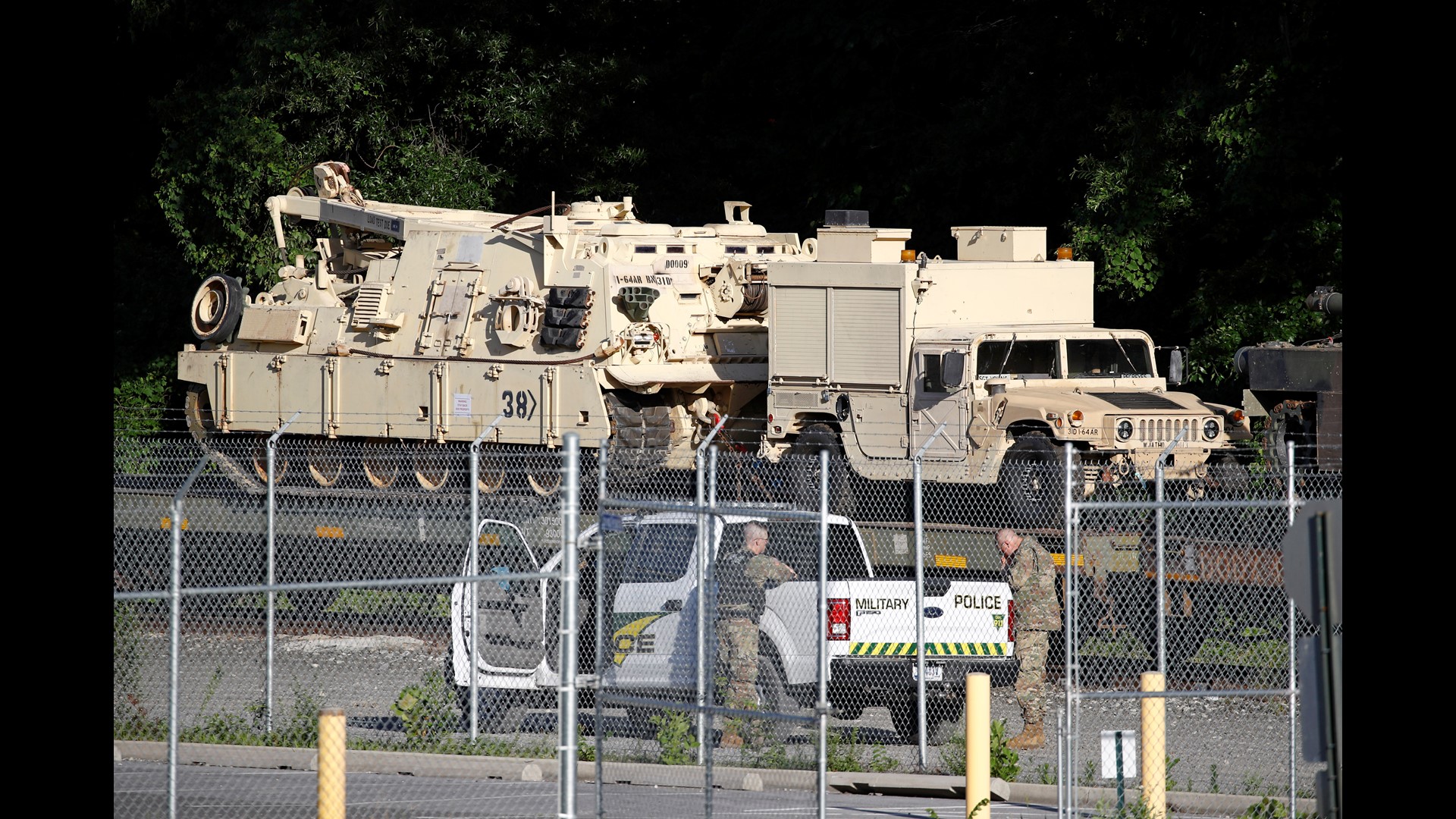 WASHINGTON — This year's Fourth of July celebration on the National Mall will definitely be one for the books.

President Donald Trump has already announced big plans for the festivities, which he is calling the "Salute to America." The event will include music, military demonstrations and flyovers.

This week, Trump requested to station military tanks on the Mall for his address to the nation during the celebration, the Washington Post reported Monday.

Interior Secretary David Bernhardt announced Wednesday that Trump will use his remarks to honor the five branches of the U.S. military.

Congresswoman Eleanor Holmes Norton issued a statement responding to the President's request saying the tanks would not be ideal for the event.

“After we have worked for years with the National Park Service to refurbish the National Mall, at a cost of millions of taxpayer dollars, President Trump now proposes to have 60-ton battle tanks there, where they would likely do significant damage," Holmes Norton said.

"These tanks, heavy equipment, and weapons of war have no place on the National Mall at all, particularly as we celebrate the Fourth of July."

Holmes Norton isn't the first D.C. official to express concerns over Trump's Fourth of July plan. In an interview with the Post, Mayor Muriel Bowser said she opposed the plan due to concerns of logistics and the strain the event would cause for police and emergency services.

"Just as the Pentagon reminded the president of the damage tanks would do to D.C. streets, costing the federal government and District taxpayers millions of dollars, Interior and other federal officials must do the same for the Mall before it is too late," Holmes Norton warned.

For more information about the events planned for the Fourth of July, click here.