This year marks the 49th annual dinner hosted by Mr. Thanksgiving in Moline. 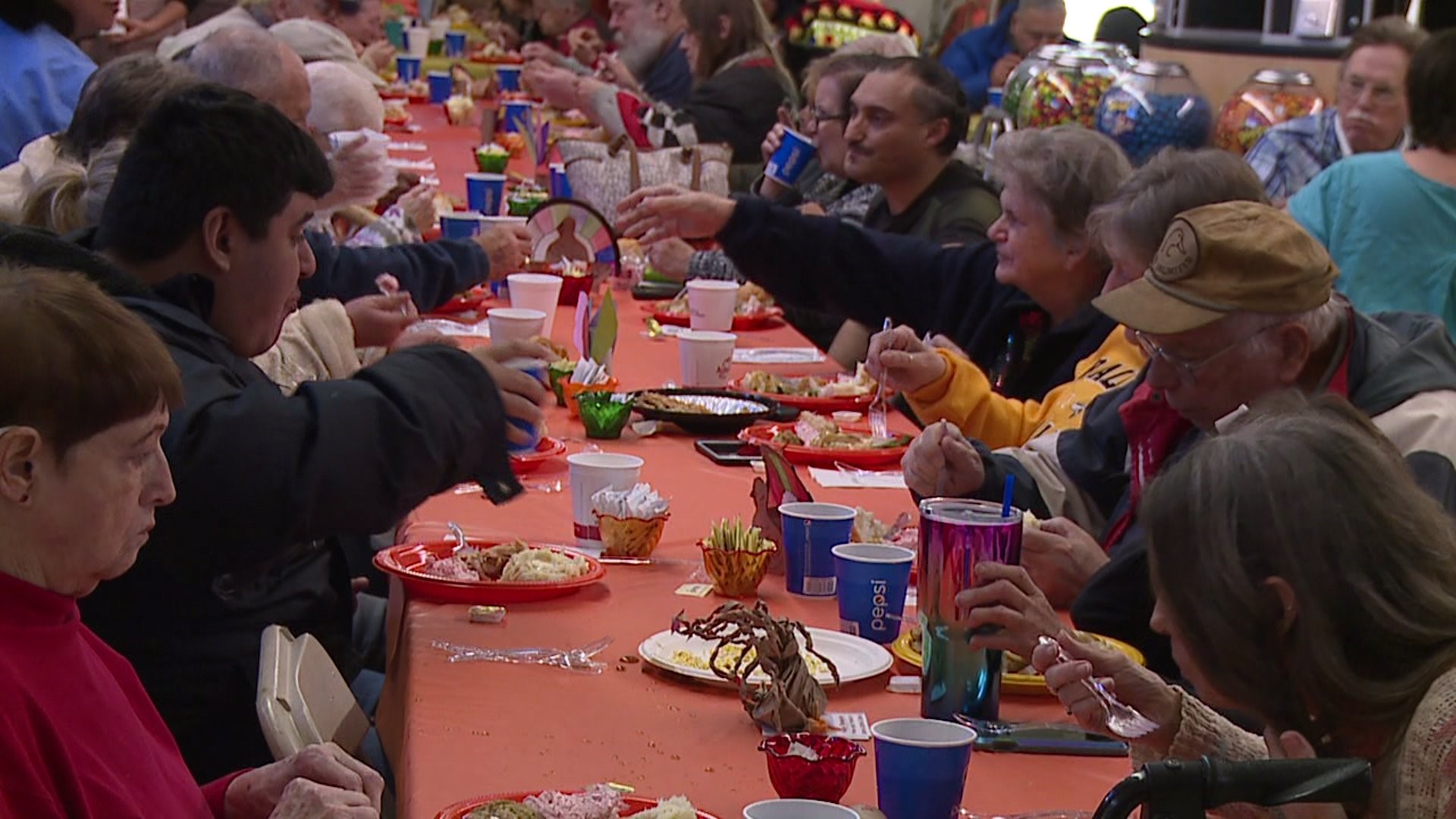 Bob Vogelbaugh started the dinner nearly half a century ago, when he owned a store in Downtown Moline. He asked his older customers their plans for the holidays, and if they didn't have any, he'd invite them over for dinner.

"A 20 watt bulb went off in my saying 'Why should this be?'" Vogelbaugh says. He adds that he doesn't want people to be alone during the holidays.

He says that the dinner was meant to just be a one time thing, but he was inspired by one of his customers to continue the tradition.

"It's because of Rose up in heaven why we're down here today," Vogelbaugh says.

While volunteers didn't know the exact number of attendees at the dinner on November 28th, 2019, Vogelbaugh says he could tell there were even more at the dinner this year than in 2018.

"You can just feel the energy," he says.

For his 50th annual dinner in 2020, Vogelbaugh hopes to meet Ellen DeGeneres, to get the dinner and Moline on the radar.

"I'd love to show that there should be more of these dinners in communities across the United States," he says.

Without the community and hundreds of volunteers, Vogelbaugh says the dinner would not be possible.

"I'm not being humble or modest," he says. "I'm just being honest."

The free dinner includes about two thousands pounds of Thanksgiving classics, like turkey, mashed potatoes and stuffing. Any leftovers are donated to local churches after dinner.