LAKEWOOD, California– A 98-year-old grandmother has made it her lifelong mission to send letters to the American heroes serving overseas. Alleen Cooper fi... 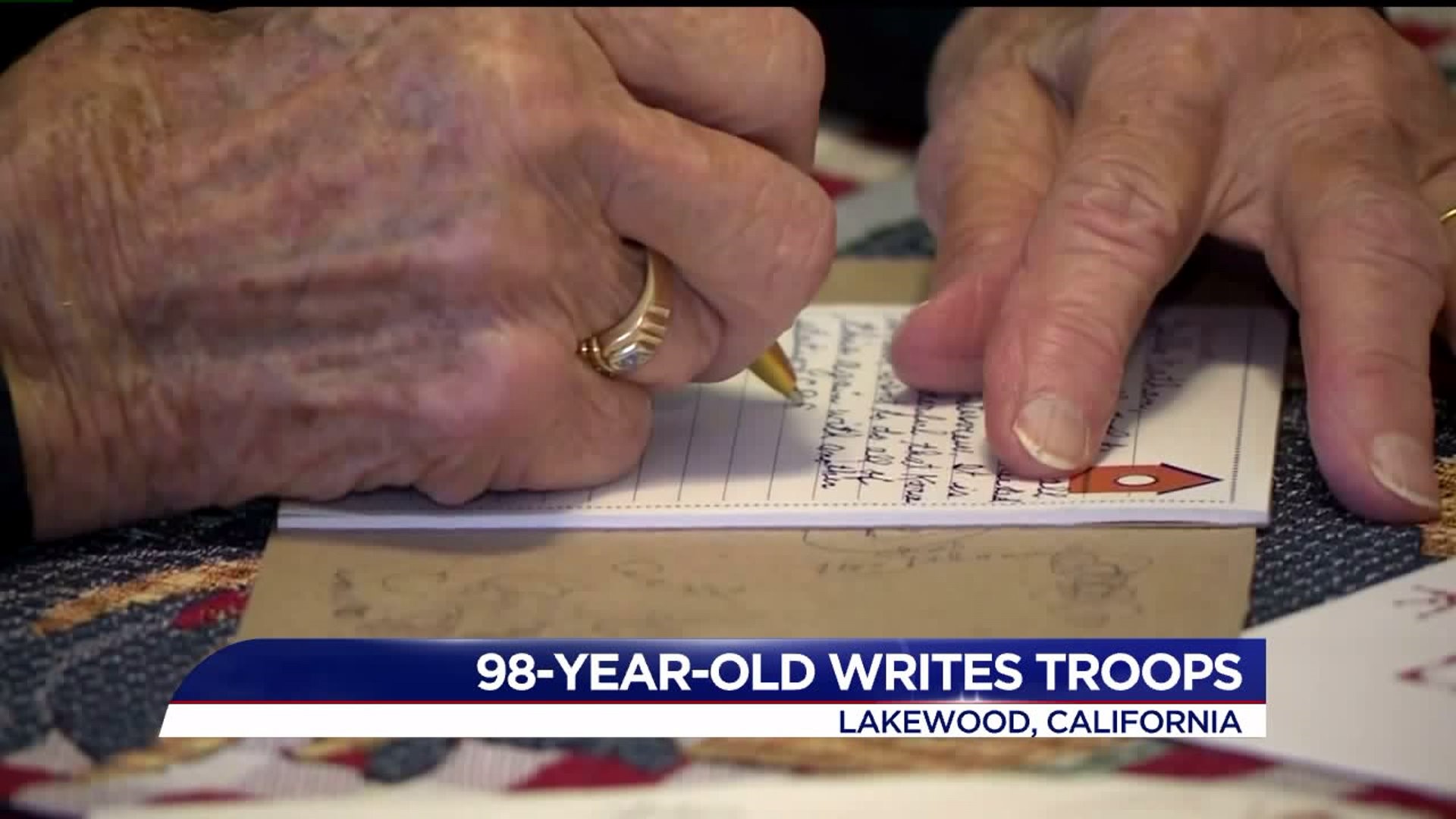 LAKEWOOD, California-- A 98-year-old grandmother has made it her lifelong mission to send letters to the American heroes serving overseas.

"I decided I'm going to write as long as I can," Cooper explains, "And I just respect everything that you do."

All of Cooper's letters are at least four pages long. And she keeps track, making sure no two are alike.

Staff Sergeant Chris Cantos got his first letter from Mrs. Cooper a decade ago, when he was stationed in a remote area of Afghanistan, with no Wi-Fi. The only connection to home was through Cooper's letters.

"She would always send us clippings and jokes. She would tell us about her day," Cantos explained. He and members of his unit were all lucky recipients of Cooper's heartfelt notes.

For Cooper, a connection to the troops is personal. Her son served in Vietnam. He survived, but now suffers from PTSD.

Cooper wrote him letters while he was away, but quickly found out many soldiers didn't get any mail at all.

"All of the time, I think of these people and their families at home," Cooper says, as to the inspiration for her letter-writing.

Six years ago, Mrs. Cooper started counting her letters. Since then, she's sent 7,000 more letters. She says her hands are getting tired of writing, but she won't stop because the soldiers defending our country never do.