A heap of patience and several hours later, a mom and son celebrate a new skill and a lifelong memory. 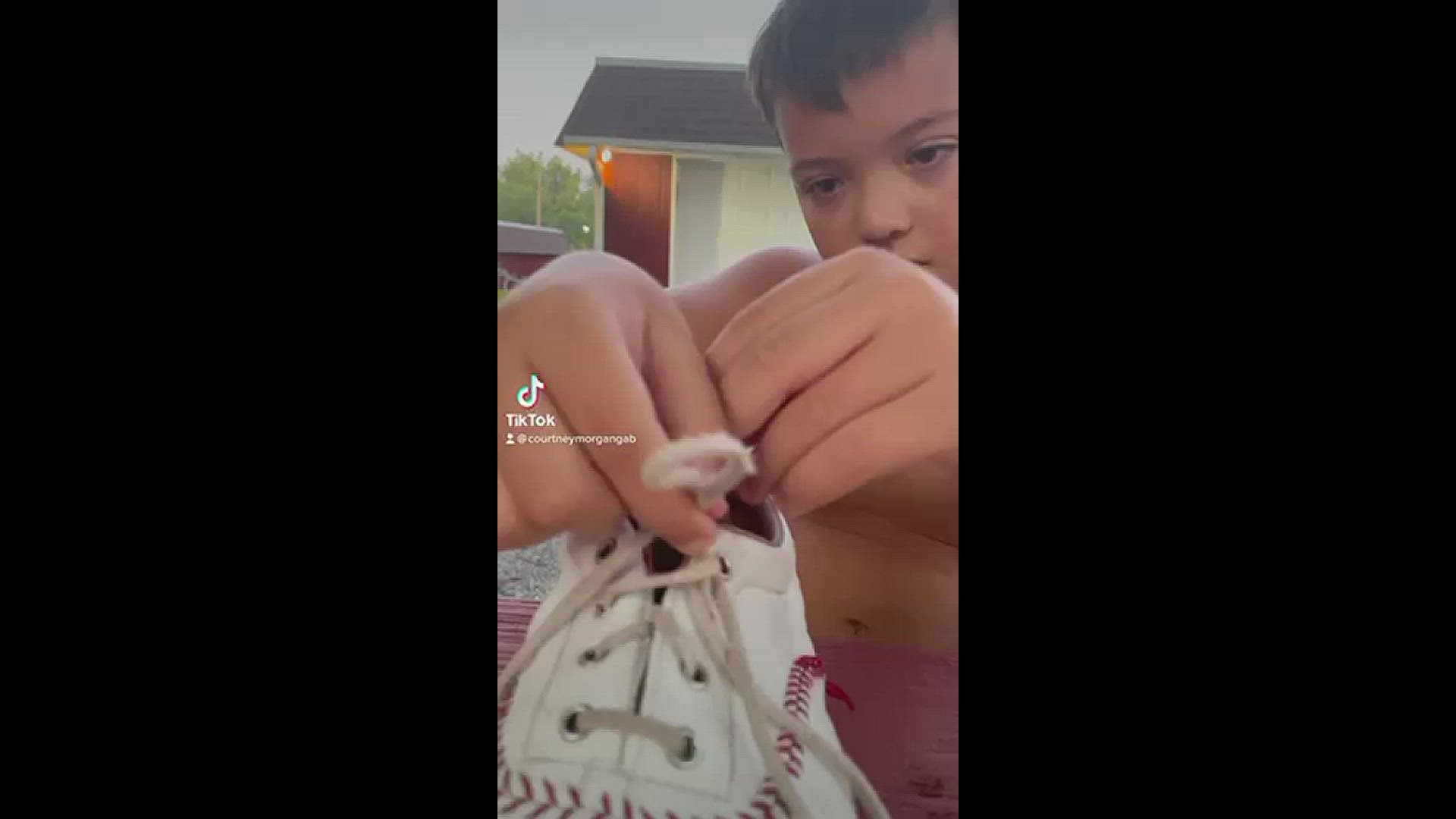 A Rock Island mom is cherishing a teaching moment that turned into a lifelong memory with her nine-year-old son.

Courtney Bell said she and her fourth-grade son Bentley have a daily ritual of identifying the "peaks" and the "pits" of their days. On one early August day, Bentley told his mom his peak was being back at school after the pandemic, but the pit was that he struggled to tie his shoes.

Reflecting on a whole year of remote learning, playing both mom and teacher, Courtney tells News 8 she thought, "this will be easy."

After about 45 minutes worth of attempts, Courtney said she thought they'd get it in the next half-hour, so she started recording on her phone.

"I wanted to be able to put (a video) together for him to realize that if you work at something, you can do almost anything," she said.

Three and a half hours later, Bentley got it, and his mom's forward-thinking allowed her phone to capture t catching the sweetest of moments.

A long hug and some happy tears later, Courtney told her son, "I wasn't gonna let you give up, dude!"

Courtney says the video, which has been shared on TikTok and Facebook, has been viewed millions of times.

"It's kind of an emotional video for me," she told News 8. Courtney said she'd never seen her son so proud of an accomplishment.  She said she hoped their little moment would inspire other parents to savor times like these as well.

Whoa my cry is so ugly… but sometimes even when it seems impossible you just have to find the patience and never ever...