Hannah Williams gave her parents in Murray a Ring Doorbell when she left for graduate school. She later found out her dad was leaving her daily video messages. 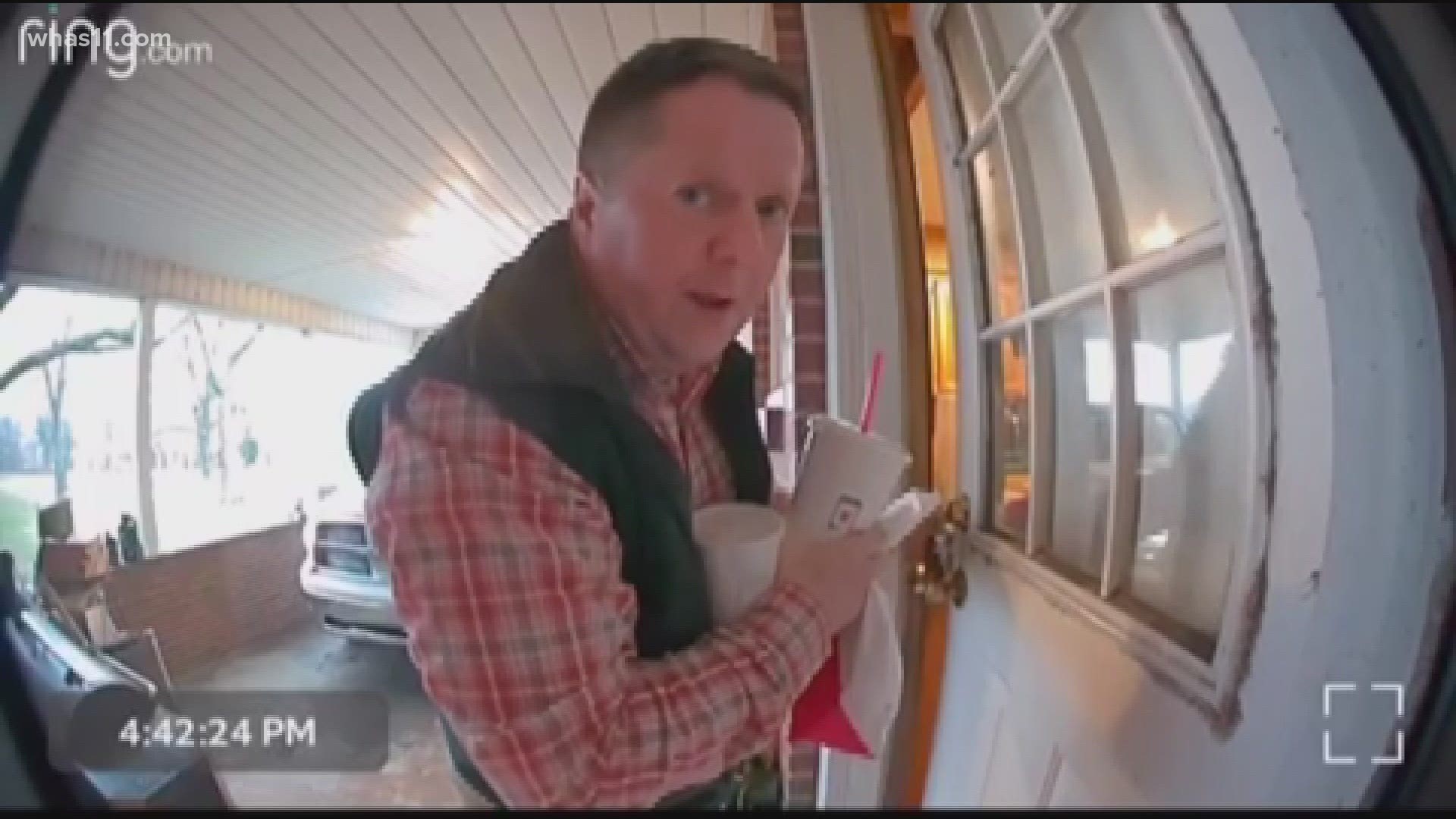 MURRAY, Ky. — This year has shown us the importance of family more than ever. Whether we were with them at home, or Zooming from afar, we all found ways to be together.

For one Murray, Kentucky family, it was through their doorbell.

Hannah Williams was away in Louisville, as a graduate student at Bellarmine University. Shortly after leaving home, she gave her parents a Ring Doorbell for Christmas and stayed connected with them through the app on her phone.

Little did she know, her dad, Chuck, was leaving her daily video messages.

"Chilly here in Murray this morning. Sure do miss ya. Love you. Have a great day," her dad says in one video.

"Happy Valentine's Day. I hope you have a great trip to Nashville!" he says in another video.

Hannah went back into the app's history and found dozens of videos addressed to her.

"I'd just made a vow to myself years ago that she wouldn't go a day without knowing I love her," Chuck Williams said.

Hannah posted a montage of clips to her Facebook page and within days, thousands of people from across the country had reacted to it.

"We never expected it to get that big," she said, sharing a video post from the makers of Ring.

"I probably would've pressure washed my door if I'd had any idea this was going to be seen by anyone other than Hannah," Chuck said.

"I hope he keeps making them, because they're funny," Hannah said.

Chuck says there are another 30 or 40 videos she's likely never seen.

"When Hannah's not here, she's always right here," Chuck said, pointing to his heart. "But she'll also be connected via Ring as well. It was a wonderful Christmas gift and it's truly the gift that keeps on giving."

Make it easy to keep up-to-date with more stories like this. Download the WHAS11 News app now. For Apple or Android users.