An Iowa boy was diagnosed with cancer last March, and now he and his family are raising money to help others affected by childhood cancer. 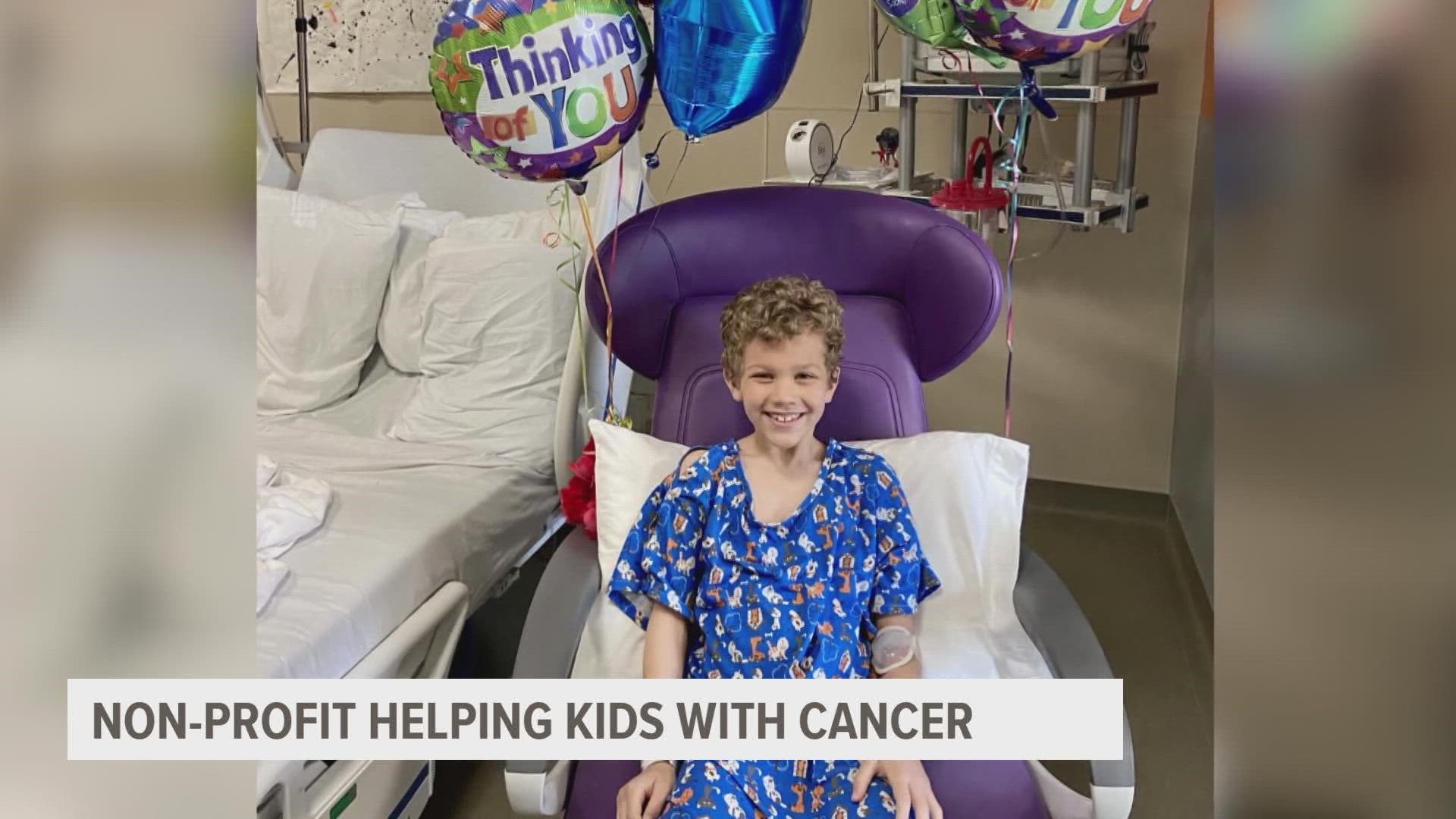 DES MOINES, Iowa — Turning an unfortunate situation into something positive.

It's what the Krakau family from Waukee did when they started a nonprofit to help raise money for kids with cancer. The family got the idea after their eight-year-old son, Ethan, was diagnosed with cancer.

Amber and Mark's son started complaining of stomach pains that would not go away in March this year, so they took him to get it checked out.

"We ended up at Blank Children's Hospital downtown with a diagnosis a few days later with Burkitt's Lymphoma," Amber said.

"It was obviously a shock and concern," Mark said.

Ethan's dad said it was shocking because he received the same diagnosis three years earlier.

And while in the hospital, Ethan admitted that being in there was scary.

While in the hospital, he had part of his colon removed, and then went back for further treatments.

"He had five or six different chemo treatments, and then steroids," Amber said.

In the span of three months, Ethan spent 40 days in the hospital, undergoing in-patient chemo.

Those days in the hospital kept Ethan from attending in-person school for the remainder of the 2020-21 school year, and missing his favorite subjects.

But he is now in remission. His parents noted he is also back to being energetic and attending classes in person.

After everything the family has been through, they decided to start the nonprofit Kid Cancer Crushers, because they received so much support going through their difficult time.

In September, they held a fundraiser, with the proceeds going to help kids diagnosed with cancer.

"Half of the funds go towards research, half are going to go towards Child Life this year, next year we're going to pick another organization," Mark said.

The family plans on having multiple small fundraisers throughout the year, in addition to the big one they had in September. They are always accepting donations.

If you are interested in donating, you can do so here.