‘I’ve been there’: Deputy abandoned as a child helps give Christmas gifts to children’s shelter

As a baby, a California sheriff's deputy was left inside the restroom at a gas station with a note attached to a blanket that said ‘please love me' 47 years ago. 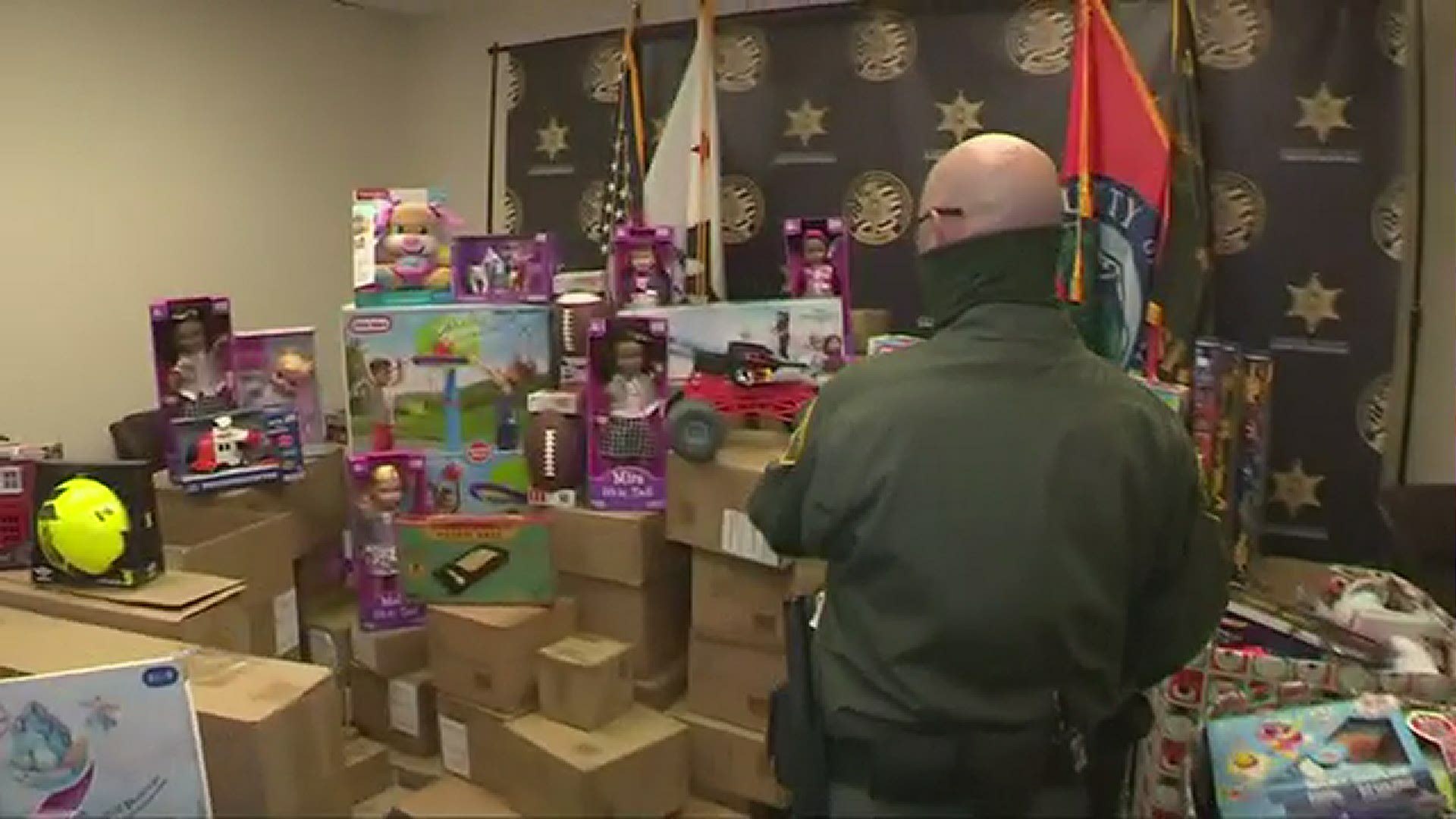 CALIFORNIA, USA — Deputies in Orange County, CA are going beyond the call of duty to give back to the community just in time for the holidays.

There’s a room filled with Christmas presents on the second floor at the Orange County sheriff’s headquarters.

Every single one of those gifts is going to the children at Orangewood Children’s Home, a shelter for children who have been abused, neglected, or abandoned.

For one deputy, who was abandoned as a baby and spent some time at that same shelter, this initiative is personal.

“For me, being where a lot of these kids are — I’ve been there,” said O.C. Sheriff’s Deputy Josh Broadwater.

Broadwater, 47 years ago, was left inside the restroom at an Anaheim, CA gas station with a note attached to a blanket that said ‘please love me,’ the Los Angeles Times reported.

Now, whenever the deputy gets the chance to give back, he does so in honor of where he used to be and where he is now.

“Anytime we do these toy drives, it’s just something I try to get involved in. This year I actually volunteered to be in charge of it, at least for our shift, and it was one of those things that it grew and grew and grew and grew to more than I ever could have imagined,” he said.

Deputy Broadwater took the sheriff’s annual gift collection to a new level this year, gathering an assortment of 833 gifts, including bikes, balls, dolls and other toys.

“To me, it shows the other side of what we do in law enforcement,” Broadwater said. “Everybody sees one side but they never get to see this side that we go out of our way to do things for other people and hopefully make somebody’s Christmas a little bit better.”