A new business in Muscatine is now accepting cans and bottles 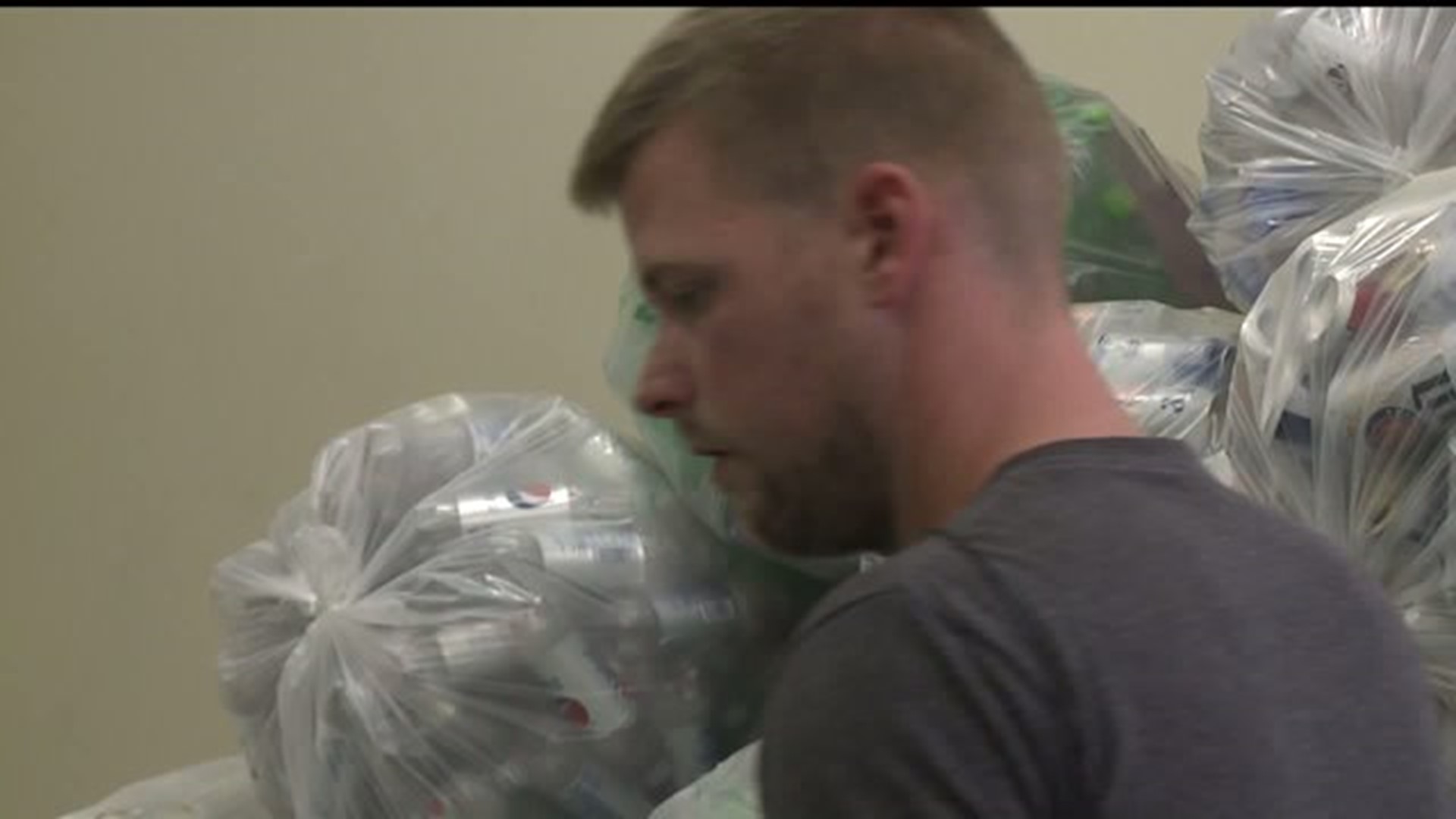 "I think it's fabulous, it's right in the middle of town, closer for everybody, you don't have all the rat race of going to a store. I think it's going to be much, much better," said Ed Bohling, who dropped off a load of bottles to the new redemption center on Monday.

One of the locations is already open at 529 Mulberry Avenue behind the Main Street HyVee Wine & Sprits store. Another location, tailored for large scale drop-offs will open on 2nd Street across from the Becky Bridge.

"No one wants to take $3 of cans to this grocery store, and $6 of cans to this one, and $12 of cans to that one. Nobody wants to have to separate them out," said James Breuer, owner of Iowa Recycling Services, who started the business in February 2016.

Breuer, who calls himself "The Can Man" now covers much of the southeast corner of Iowa. There is no limit on the number of cans and bottles that can be dropped-off and the brands of the cans and bottles does not matter.

"It's very hard to turn a profit. That's why nobody wants to touch it, but if you can deal in mass volume, it actually works out," said Breuer, adding that his business will now be the state approved redemption center for the Muscatine Fareway and Hy-Vee.

"He needs every can and bottle he can get, and I'm willing to give them to him, so we're excited about it," said Jim Simmons, Store Director of the Muscatine Hy-Vee.

Beginning November 1st, Fareway and Hy-Vee in Muscatine will no longer accept cans and bottles.

"Sanitation wise, food safety wise, cost effective wise too, it's better for us not to have them inside the store," said Simmons.

"I think it's a positive thing not only for that part of it, but also Muscatine gains a new business and it's good for the community," said Simmons.

Breuer says the reception from the Muscatine community has been "overwhelming" and "positive".

"If I'm not busy, I'll sort your cans for you. I don't mind getting my hands dirty, I built my whole business on customer service; that's our number one thing," said Breuer, a resident of Keokuk, Iowa.

The redemption center located at 529 Mulberry Street is open Monday - Saturday from 11 a.m to 6 p.m. and the business is hiring.