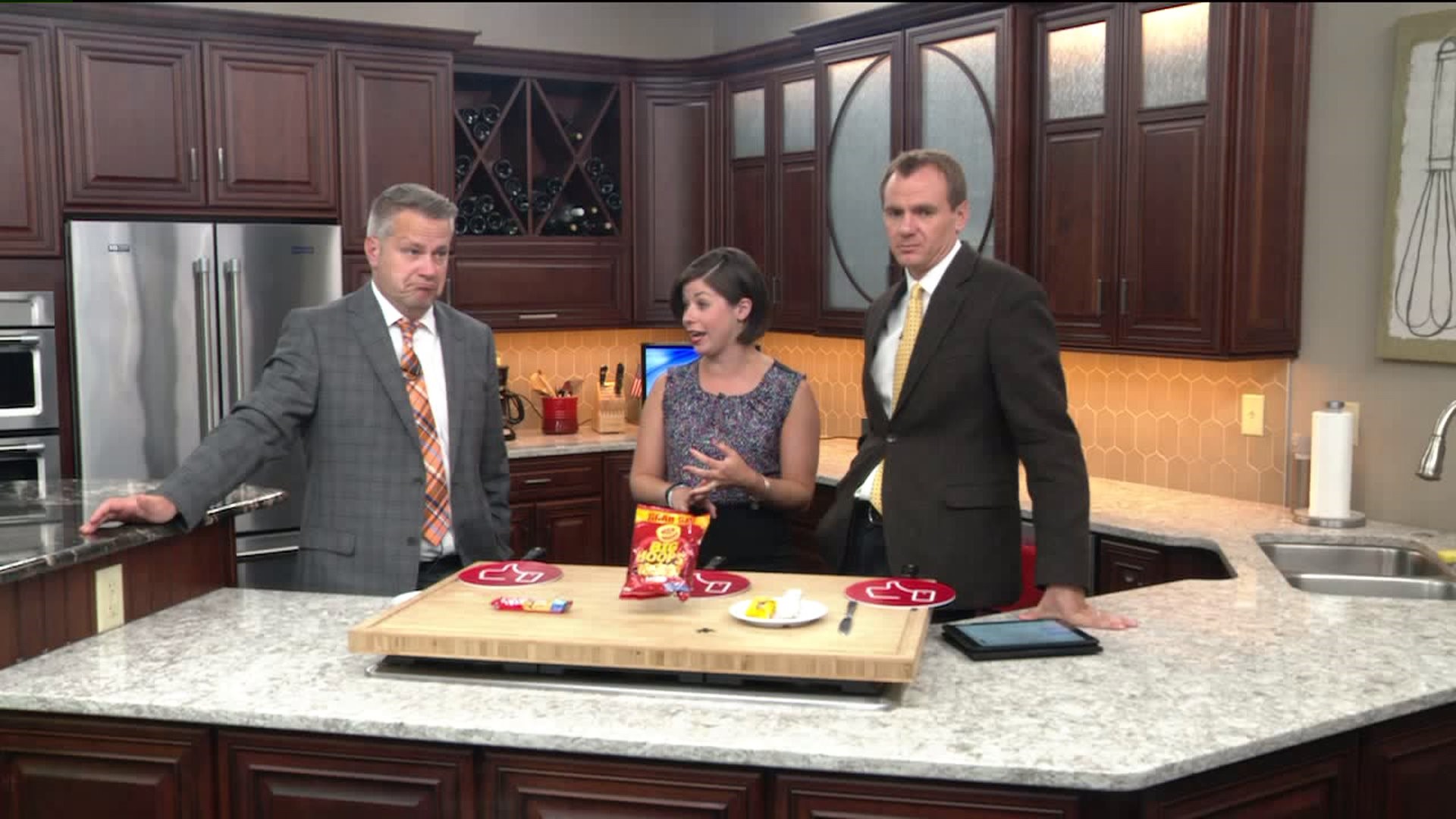 A few weeks ago, News 8's Jonathan Ketz, Angie Sharp and Storm Track 8 Meteorologist Eric Sorensen tried some snacks from Spain. This time, they tried food from the United Kingdom.

Special thanks to GMQC Producer Tory Philbin's aunt and uncle who offered to bring these back from England. Side note: These are not the same relatives who traveled to Spain.

One of the snacks they tried was something that may look like Fritos to you, but taste like Pringles. They're called "Hula Hoops," and they are made out of potatoes. You can also find them in the Republic of Ireland, South Africa and even Belgium.

"Hula Hoops" are part of the KP Snacks brand, that's been around since the 19th century. Click on this link to learn a fun fact about this brand.

The anchors also tried a mini malt loaf, which is like a soft bread, and often has raisins. It's usually eaten sliced and spread with butter.

Malt loaves have been around for more than 80 years, most commonly made under the Soreen brand. It is known as a healthy snack in the United Kingdom. A lot of people also like to pair it with their tea.

The last thing they tried was a peanut butter flavored "Kit Kat" bar, which you can only get in the United Kingdom and Canada.

If you aren't able to make a trip across the pond, you can always order these snacks online.

Click on the video above to see if the anchors enjoyed these snacks!