The mission is known as Operation Rock Wallaby. The government is working to make sure the brush-tailed rock-wallabies affected by the Australian bushfires are ... 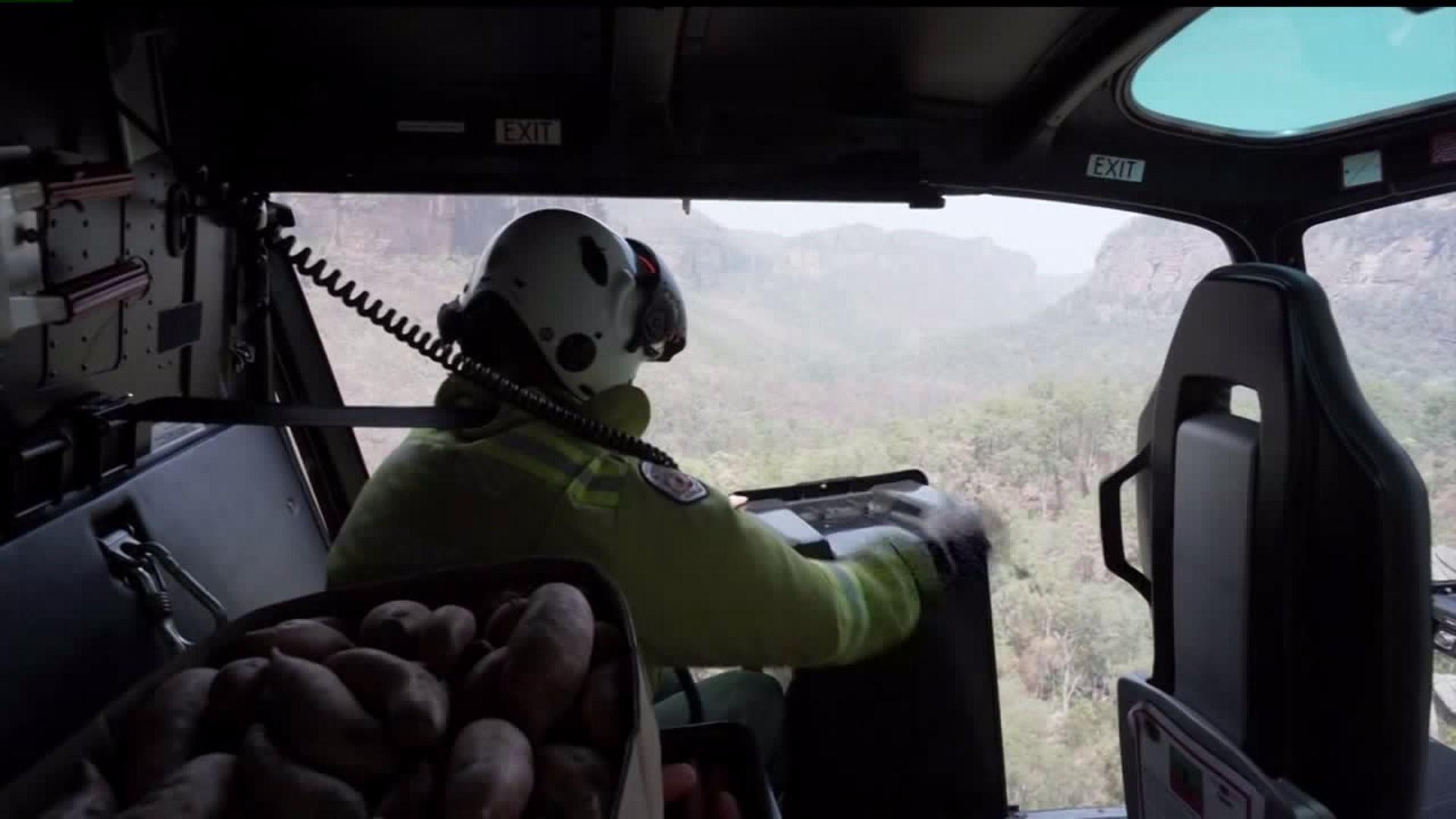 (CNN) -- The mission is known as Operation Rock Wallaby.

The New South Wales (NWS) government is working to make sure the brush-tailed rock-wallabies affected by the Australian bushfires are fed as part of a post-fire wildlife recovery effort, according to Matt Kean, minister of energy and environment.

Officials have dropped over 2,000 pounds of sweet potatoes and carrots across different colonies in the last week, Kean said.

"The provision of supplementary food is one of the key strategies we are deploying to promote the survival and recovery of endangered species like the brush-tailed rock-wallaby," Kean said.

"Initial fire assessments indicate the habitat of several important brush-tailed rock-wallaby populations was burnt in the recent bushfires. The wallabies typically survive the fire itself, but are then left stranded with limited natural food as the fire takes out the vegetation around their rocky habitat. This is the most widespread food drop we have ever done for brush-tailed rock-wallabies."

The brush-tailed rock-wallabies are marsupials -- like kangaroos -- who "live on rocky escarpments, granite outcrops and cliffs," according to Australia's Department of Environment and Energy website. Of the 15 species in Australia, most have disappeared and are now considered threatened, the website says. The species is also considered endangered in New South Wales.

Large swaths of Australia have burned in the blazes that began months before the official fire season started.

Nearly half a billion animals have been impacted by the fires in NSW alone, with millions potentially dead, according to ecologists at the University of Sydney. That figure includes birds, reptiles, and mammals, except bats. It also excludes insects and frogs -- meaning the true number is likely much higher.

The total number of animals affected in Australia could be as high as a billion, according to University of Sydney ecologist Christopher Dickman.

For the wallabies, the NWS government plans to provide supplementary food supplies until natural food resources and water replenish in the areas affected.

Kean said, "When we can, we are also setting up cameras to monitor the uptake of the food and the number and variety of animals there."