'You wouldn't give a blow torch to a child': Safety expert shares warning ahead of 4th of July weekend

Even some of the smaller fireworks like sparklers and firecrackers can cause third-degree burns, safety experts say. 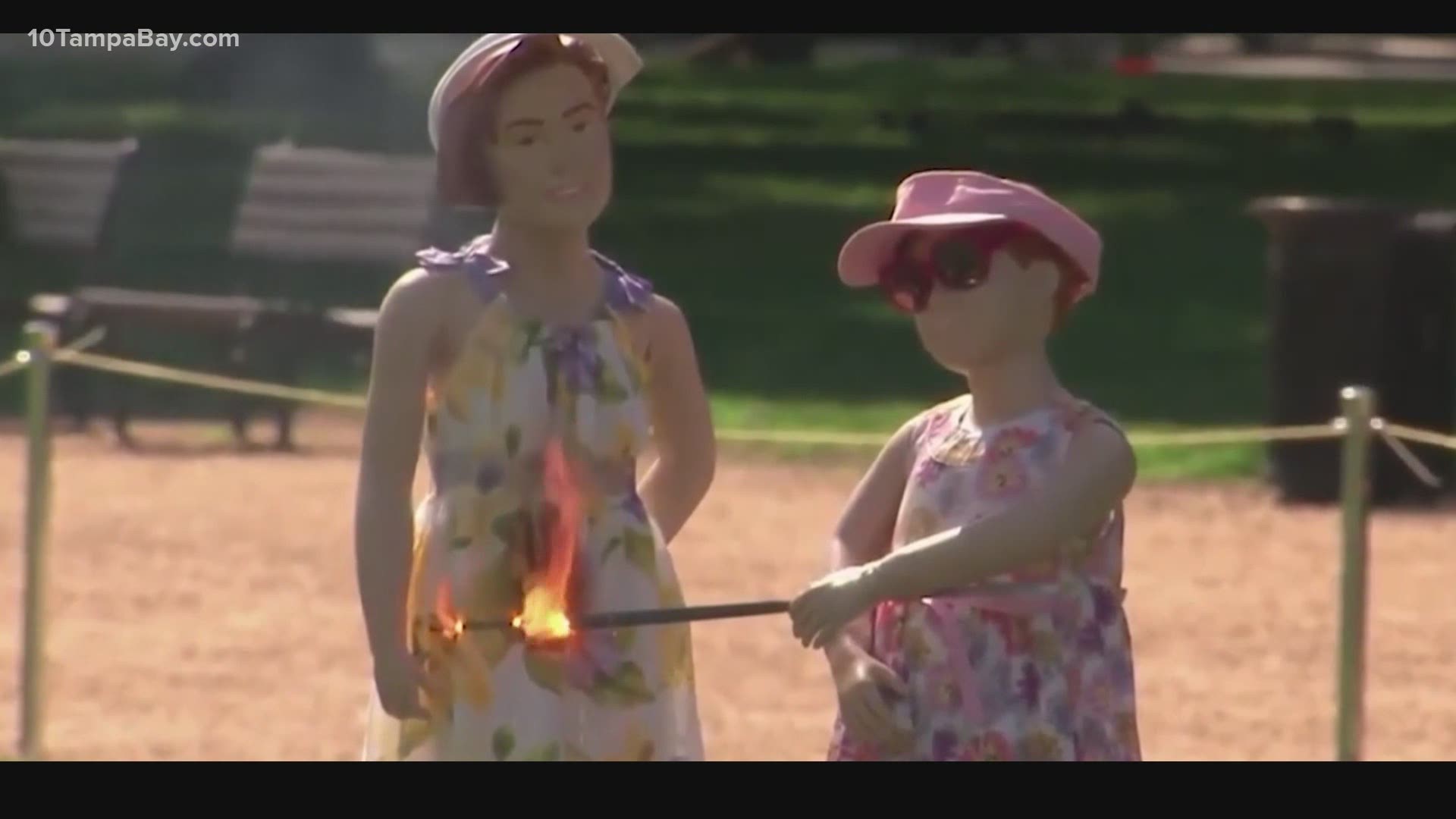 ST. PETERSBURG, Fla. — The Fourth of July is typically a time for fun, family, food and of course fireworks.

The Consumer Product Safety Commission says there was a 50 percent increase in deaths and injuries due to fireworks just last year, citing 18 deaths and more than 14,000 injuries that required a visit to the emergency room.

That spike was likely due to the pandemic and many of the big public celebrations being canceled last year.

"Consumers may have taken those celebrations into their own hands, gone into their own backyards and used those fireworks there instead," said Patty Davis with the CPSC.

Smith says one of the biggest factors leading to mishandling fireworks is being under the influence.

"Of the 18 deaths, eight of them involved alcohol and drugs being used by somebody prior to the incident."

Pediatric ER doctor Ebony Hunter says they definitely see an increase in patients over the holiday weekend. That's because almost half of the injuries happen to kids under 15. It's smaller fireworks like firecrackers that cause the most emergency room visits.

"Mainly in children we see hands and fingers first and then eye injuries and head injuries second."

Even sparklers are a big problem.

"They can cause a lot of third-degree injuries and burns. So, they are absolutely not safe for kids to play and light and run around with."

"It may not be well known among parents, but sparklers burn at 2,000 degrees. That's as hot as a blow torch. You wouldn't give a blow torch to a child, don't give them a sparkler."

RELATED: Boom by the Bay 2021: Everything you need to know

RELATED: How to keep your dog calm for the loud, booming 4th of July fireworks