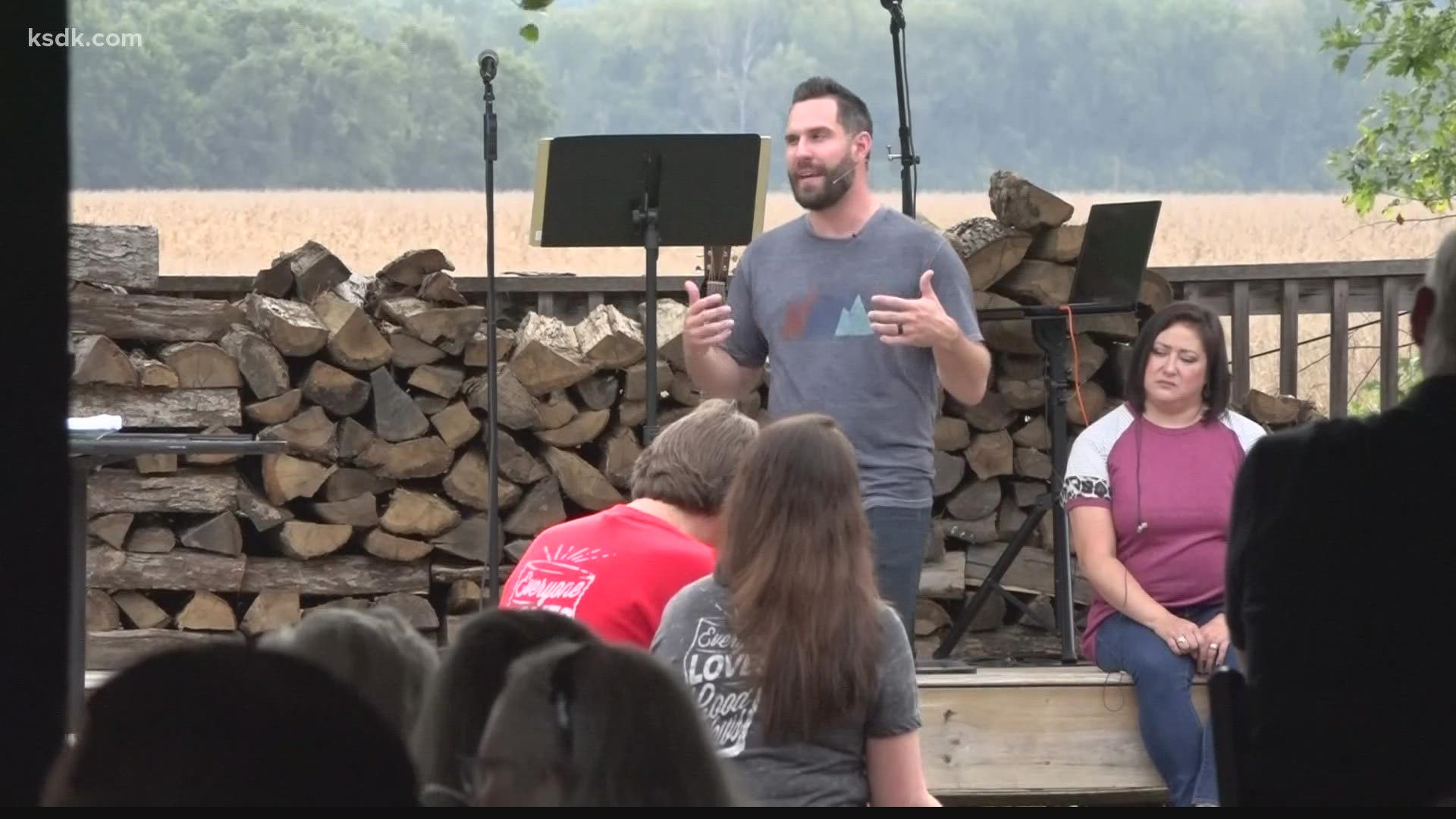 Located in between Highway 94 and the Katy Trail is a bar where The Well United Methodist Pastor Danny Lybarger is redefining church.

“As a part of this church our goal is to see lives truly transformed,” said Lybarger, “and the way we believe that happens is through understanding that each and every one of us belongs as we are. Indeed, open and honest and vulnerable to each other where we are.”

While many people are familiar with wine being involved in a church service, here, in what is essentially the very back of church, you can get a beer.

Church-goer Amy Swanson said, “Yeah, I think it’s cool. It kind of shows, like, come as you are. Some people have been away from the church for a really long time, and it’s hard to kind of figure out. You know, they kind of want to get back but they’re afraid, and sometimes alcohol kind of loosens you up a bit.”

A reporter who attended the church service didn’t see one person drinking beer during the service. There were a lot of containers of coffee, water, and soda, but not one beer.

Lori Roeder was asked how many beers she had.

Casey Fogerty politely explained that an alternative church service like this is probably not for him. When asked whether he prefers a traditional church service, Fogerty said, “I suppose, yeah.”

But how many beers did he drink?

The Well United Methodist Church next meets in Defiance Oct. 3 at 10 a.m. They will hold weekly indoor services there starting Dec. 5.