Have you checked out this Christmas display in the past? This year, the two are adding music for the first time and are accepting donations for food baskets for... 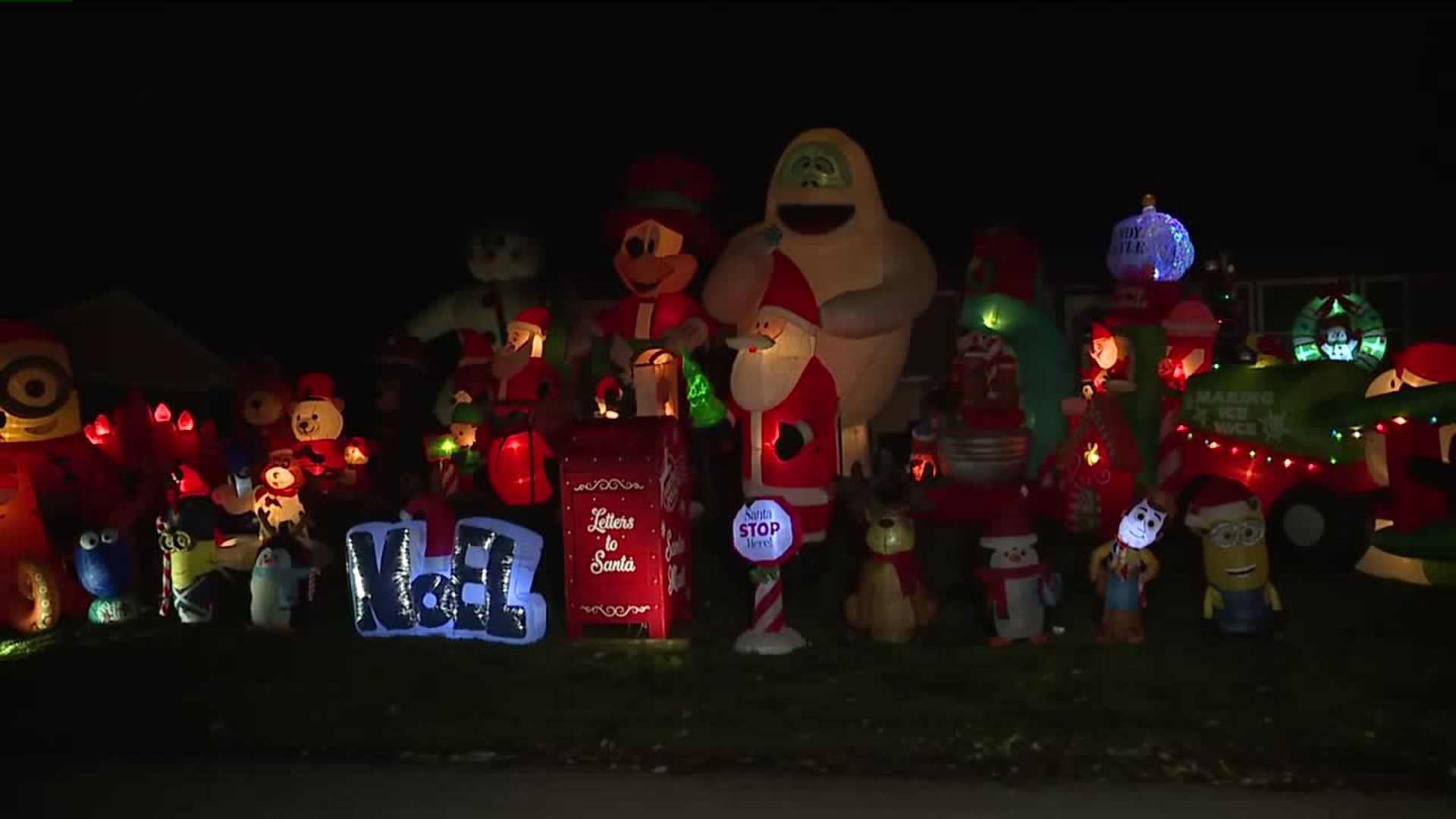 COAL VALLEY, Illinois-- It's already starting to look like Christmas in the Quad Cities with some early snow, and now a Coal Valley couple is taking their annual holiday display to the next level.

Toney and Steph Genova's Christmas display is 12 years strong, growing bigger each season. The weekend of Nov. 15, 2019, the two put up more than 80 inflatables outside their home at 1709 East Third Street, yet still had about 25 more to go.

They make their cheerful display look effortless, but for over a week there's a lot of time and work put into it.

"It's time-consuming but it's a lot of fun," Toney said.

The work starts inside, replacing broken fans and rewiring LED lights. Toney makes sure each inflatable character is ready to go.

"Plug it in, make sure it works and move onto the next pile," he explained. "I'll tape up the wires at the end, and I'll bind them together and tape them up again."

It's a strategy the Genova family has down after putting up a massive display for years.

"One day, we were in Sam's Club, probably about 12years ago, we saw a big 12-footer or 15-footer so we bought it, put it up in the yard," Toney said. "Kind of grew from there. Next thing you know, we built a shed to house them because we couldn't house them in the garage because the ceiling was caving in."

The display now overflows into the neighbors' yards.

"We're actually starting a lot earlier than we did last year, but we've already had people stopping by, making sure we're doing it," Steph said. "It's nice to see that we're spreading happiness to the other people because we enjoy it."

This year, the two are adding music for the first time and a big red mailbox for children to send their wish lists to Santa.

They're also accepting donations for food baskets for the less fortunate.