Arconic eagles have two eggs in the nest

Liberty and Justice have two eggs in the nest for the 2021 season. 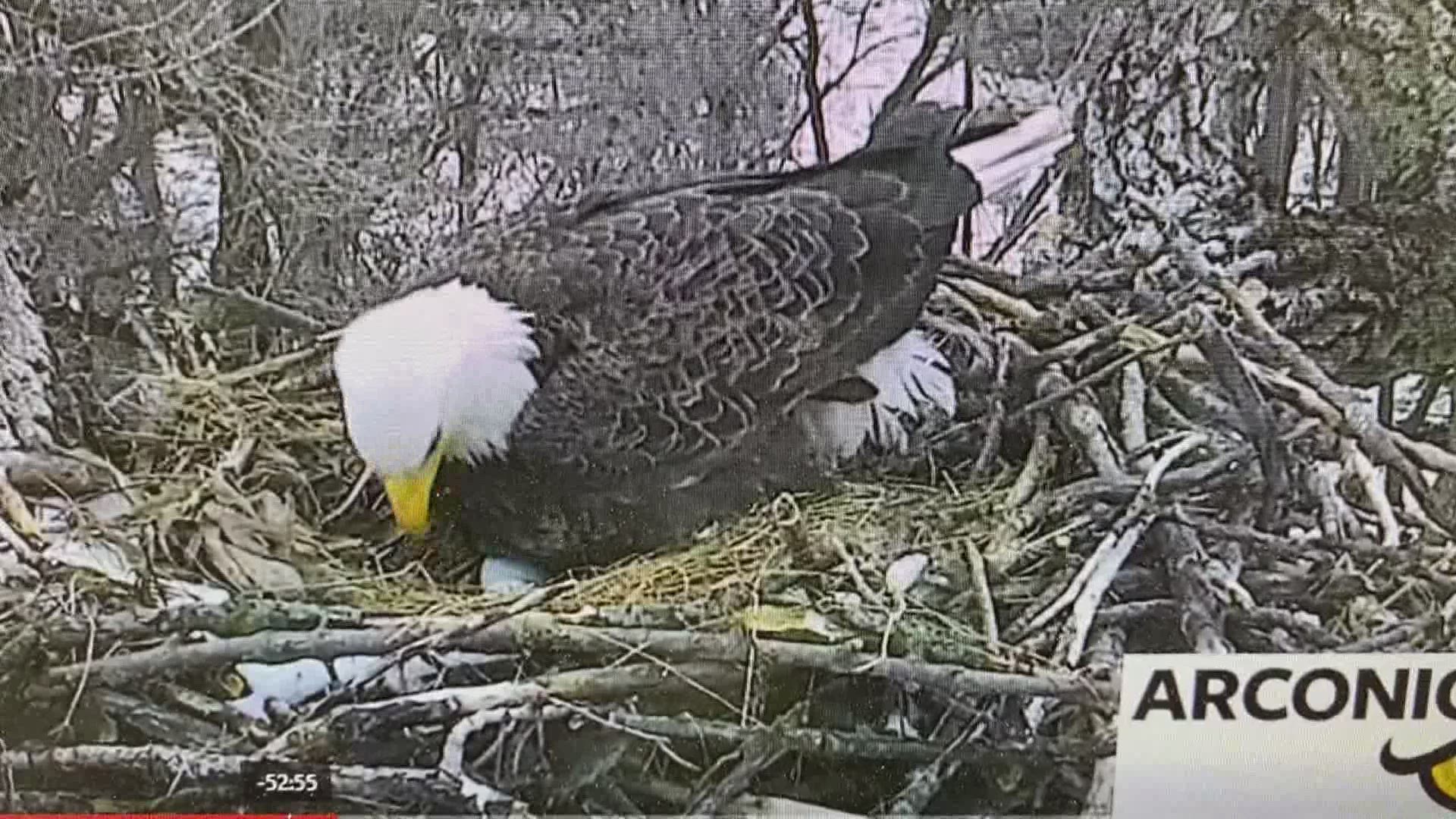 DAVENPORT, Iowa — Look closely at the eagles nest at Arconic Davenport Works and you'll see two eggs as of mid-March 2021.

You can watch the eagles live, here

Liberty and Justice, the eagle pair who've staked their home at the Quad Cities company, have been there since 2009.  They built a nest in a tree seven-feet-up on the company's property, near the Mississippi River.

Since the spring of 2010, the eagles have hatched 16 eaglets.

The first egg of the 2021 season came Friday, February 26.  It's unknown when the second egg was laid.

The first hatch is expected sometime in early April.