Those looking to buy a puppy are being urged to do their research first. 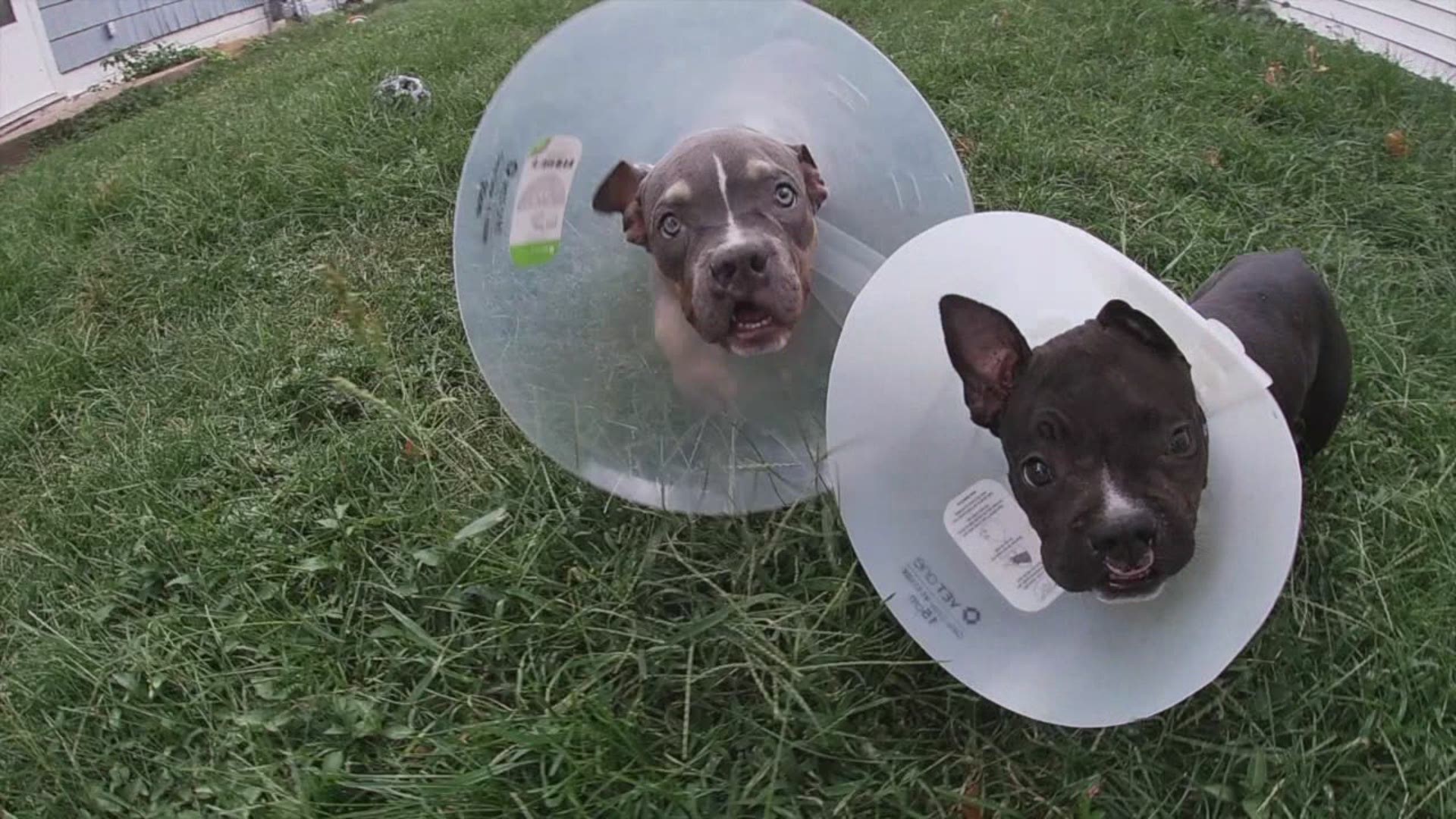 ROCK ISLAND, Ill. — A Rock Island woman is urging people to do their research before buying a puppy from a breeder. Puppies born at puppy mills or through bad breeding could face a life of illness, which could be fatal.

Meet 14-week old Tonka and his sister Laggy. The brother sister duo suffered at the hands of bad breeders.

They were born with cleft palates. "The roof of their mouth never closed, so there is an opening between their nasal passage and their mouth."

Their condition meant they couldn't latch when nursing. "So I placed a small, flexible tube down their throats every two hours to give them formula," says Leah.

Also a vet technician, Leah see's bad breeding far too often. "We see so many dogs born out of backyard breeders, puppy mills, they are just not healthy dogs."

She says, "If you want a truly pure bred dog, what you want to do is go to a reputable hobby breeder, where both the mother and father are both AKC registered."

She says buyers must ask if all health screenings have been done, "Ask them if they have a signed contract, guaranteeing health and temperament."

$4000 later, Tonka and Laggy had corrective surgery, but they still have a long recovery period ahead.

"They aren't allowed to chew on anything, they can only have soft food."

At Tonka and Laggy's vet appointment this week, their vet said Tonka has healed nicely and won't need any further surgeries. Laggy however will need another surgery to close a spot that reopened. Both have been adopted, and will go to their new families once they've fully healed.