Bobcats in Illinois: Everything you need to know about the "secretive" cats

Illinois DNR confirms that bobcats have long been living in Rock Island County, but said the chances of seeing one are slim. 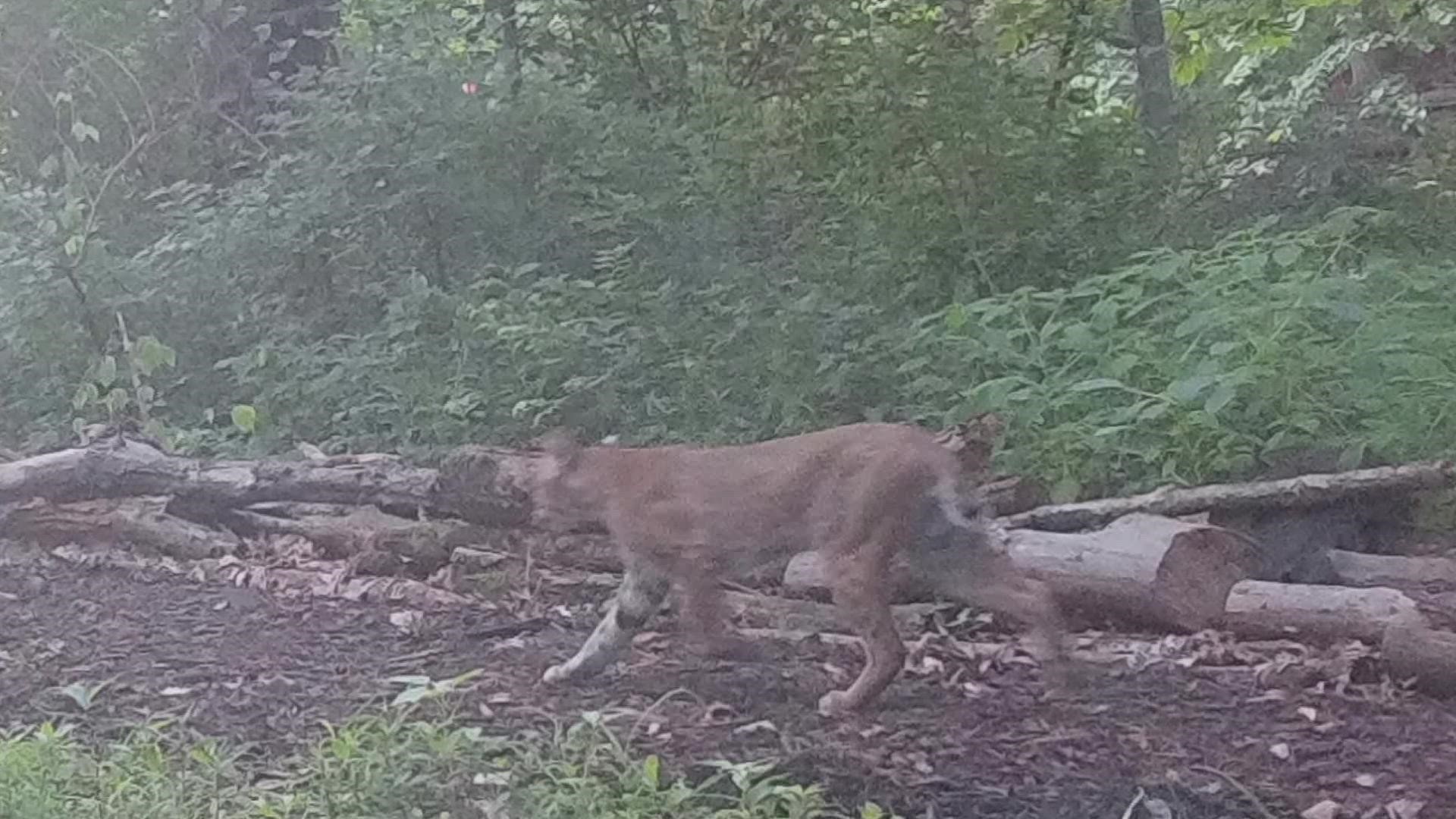 The encounter, captured by 83-year-old Duane Bonsall's trail camera, shows the medium-sized wild cat not far behind him on his early morning walk.

While the encounter may seem surprising and scary to some, the Illinois Department of Natural Resources (DNR) confirms that bobcats have long been living in Rock Island County. In fact, they're native to almost every state in country.

In Rock Island County, deer hunters reported 35 bobcat sightings in 2018, down from more than 50 in 2015 and 2016. However, throughout Illinois the number of sightings has steadily increased since 2005.

However tracking the bobcat population isn't easy, because according to Illinois DNR, they don't like to be spotted.

"Tracking and counting bobcats that have large home ranges, look alike, are mostly active dusk till dawn and live most of their lives avoiding people in dense forested habitat is a daunting task," said Stan McTaggart, an Illinois DNR Wildlife Diversity Program Manager

McTaggart added that bobcats prefer those quiet, isolated spaces, but some have adapted to living closer to people to take advantage of higher prey populations. Bobcats main prey is rodents and rabbits, but they will also hunt other prey like birds, insects, raccoons, fish and occasionally larger prey like deer.

Since bobcats mainly hunt between dusk and dawn, stay vigilant when letting your pets out around this time.

Illinois DNR offered a few other tips to keep from attracting bobcats to your home:

With all that said, you shouldn't worry about a bobcat attacking you.

"Encounters with aggressive bobcats are extremely rare and generally involve sick or injured animals," said McTaggart. "If you do encounter a bobcat that does not immediately run away; yell, wave your arms and throw rocks, sticks etc. Do not run away, but make lots of noise and back away slowly if a bobcat acts aggressively."

McTaggart said that bobcats in Illinois typically weigh about 20 - 25 pounds, with males usually larger than females.

"If you are lucky enough to see a bobcat, you should enjoy the experience! They are beautiful and fascinating animals and an opportunity to watch one in the wild is rare due to their secretive nature."