A black bear who made its way around the Quad City area in early June was tranquilized in Missouri, so officials could move him to a less populated area. 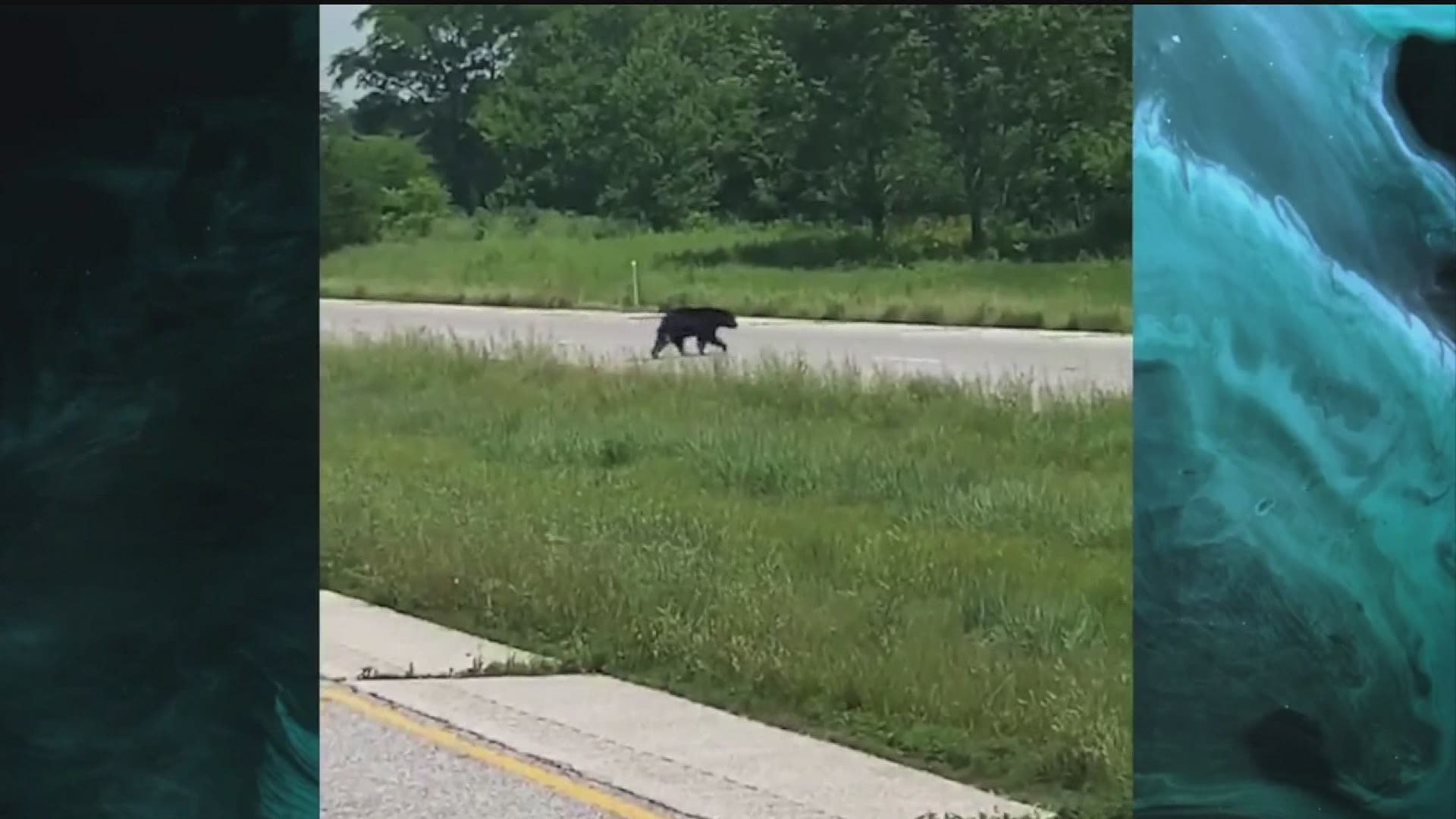 ELSBERRY, Mo. — A black bear who made its way around our area in early June was tranquilized in Missouri, so officials could move him to a less populated area.

The bear was spotted in Elsberry, Missouri, north of St. Louis, where the Missouri Department of Conservation (MDC) tranquilized him because he was moving close to Interstate 70, the Elsberry Police Department said.

“The bear found itself in a tough spot, stuck by several major roadways,” said MDC State Furbearer Biologist Laura Conlee in a statement.

“Due to the proximity to the roadways, coupled with the busy travel day, MDC staff determined the bear had little chance of safely leaving the area on its own. In the interest of public safety and the bear’s safety, MDC staff made the decision to immobilize the bear and transport it to a nearby area of suitable bear habitat outside this urban corridor.”

MDC said the bear was monitored by State Wildlife Veterinarian Dr. Sherri Russel and was released "to an area of suitable habitat outside the urban area" unharmed when he woke up.

The Illinois Department of Natural Resources named the bear Bruno. He was first spotted in Wisconsin in early May before navigating down to the Quad Cities area, first spotted in Clinton County on Monday, June 15.

More than 120,000 people were following his adventures on social media looking to find out if Bruno set the record for the longest migration by a black bear.