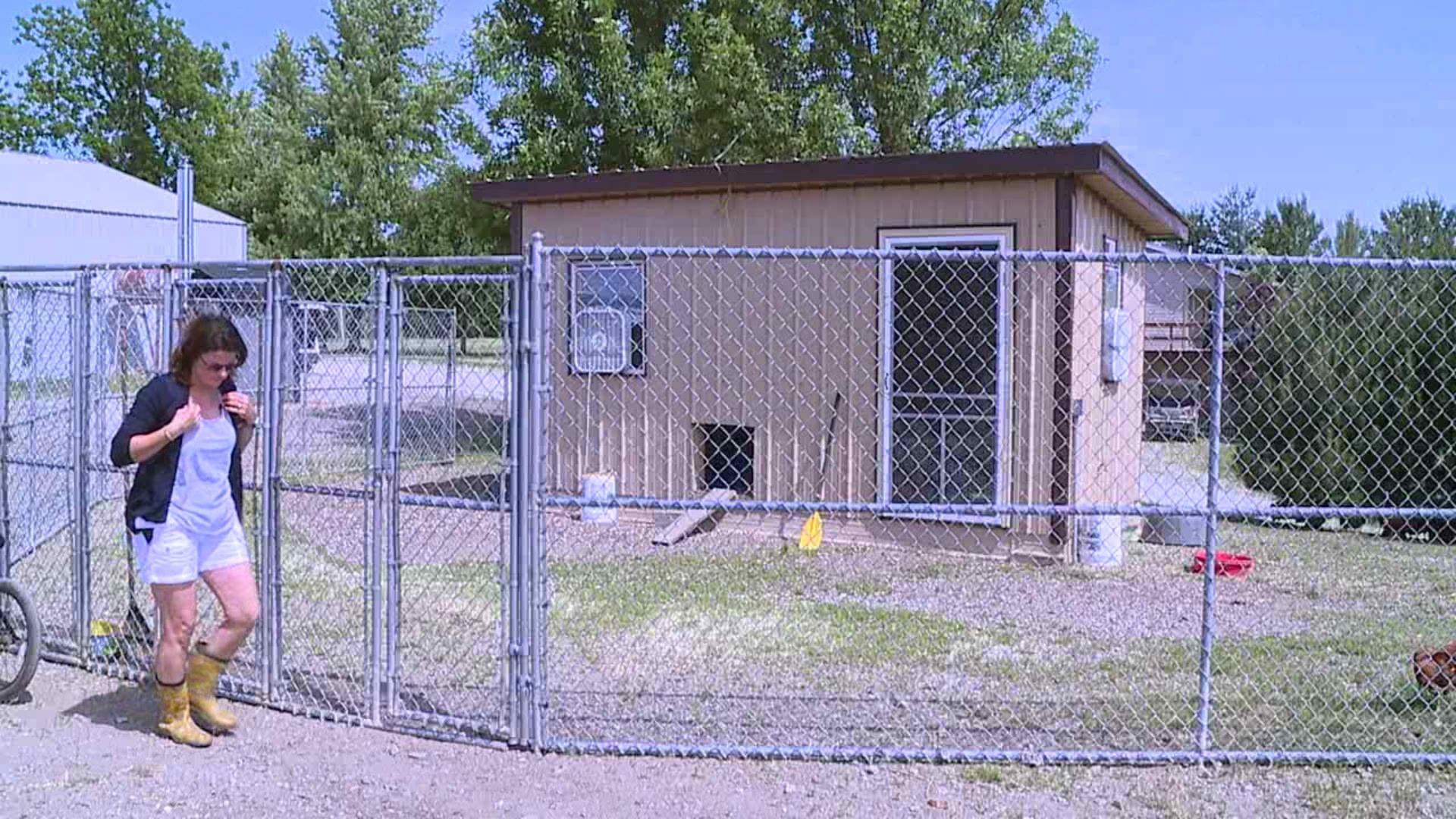 "They swarmed my baby chicks," she said. "We had no warning whatsoever."

"I lost all my baby chicks, they were about nine-weeks-old," she says.

A chicken enthusiast, Susie's love for these clucking ladies started on her grandma's farm. Twenty years later, they still hold a special place in her heart.

"All the years I have raised chickens they've never been as bad as they have been," Susie said.

"I went out to check the baby chicks, like I usually do and I knew something was wrong. They weren't acting right, they were all gone."

Most common in areas with running water, the Kinsey's live half a mile from Pope Creek in Viola.

RELATED: How this grain farmer is helping local food banks amid COVID-19 pandemic

"The females [gnats] need running water to lay their eggs," Susie said. "They also need nourishment, which is blood."

Toxins from the flies saliva lead to anaphylactic shock.

"If they get too many bites, it can lead to instant death," says Hillari.

"If you have a combination of the heavier gage wire and the screen wire on top of it, the black gnats have a lot harder time getting through it."

Gnats are commonly at their worst during early spring time.