After the namesake of the yard passed away, Scott Hildebrand made the decision to scale down his Christmas decorations. But the story doesn't end there. 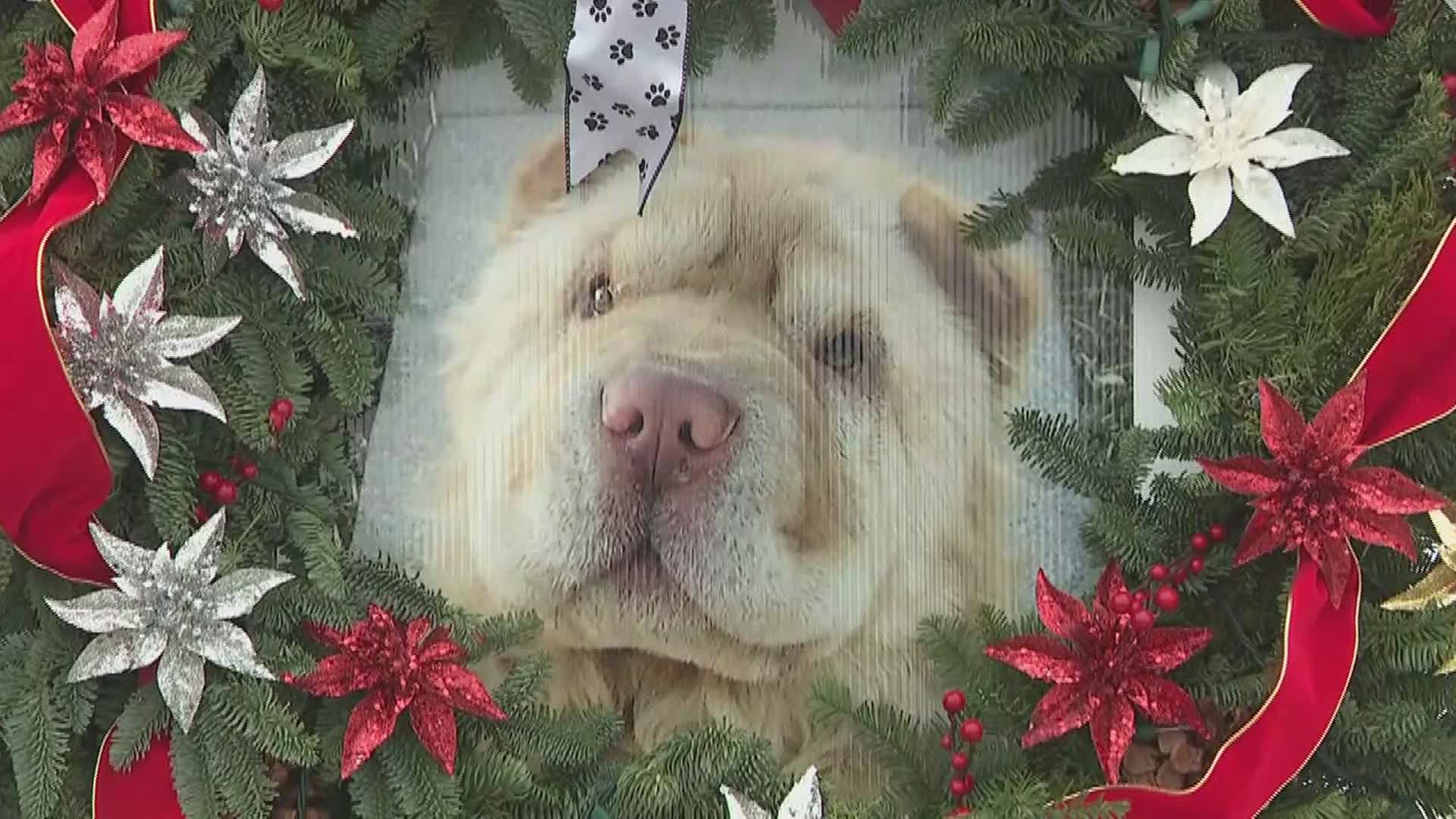 The boss of this backyard isn't Santa. It's a dog named Henry, a bear coat Shar Pei.

Homeowner Scott Hildebrand has let Henry be the face of the yard ever since Scott got him as a rescue three years ago. The Moline property loaded with Christmas-themed inflatables became known as "Henry's Christmas Yard".

"I've always joked that people would rather hear from a cute dog than an old man," Scott said.

Scott posted videos to Facebook, making Henry appear as if he was talking, telling visitors about fun events coming to the yard. Among the inflatables, Scott says visitors would be surprised to see Henry, a real dog roaming the yard.

"He would get into the nativity set and lay down in the straw," Scott remembered.

It's up to Scott to tell Henry's story now. Earlier this month, Henry got sick with a kidney infection. He died 5 days later. There's now a wreath and memorial to Henry in his yard. People are stopping by with their condolences, pictures and memories.

Brayden Mildren stopped by one afternoon.

"He was the best dog I've ever seen of a Christmas yard," he said

Brayden, 11, loved Henry too. He also loves Christmas. Scott met Brayden three years ago when Brayden's dad brought him to check out the yard.

"His little eyes when he saw my display for the first time, it was amazing," Scott recalled.

Brayden now has his own display at his parent's house in Davenport. He calls it "Brayden's Winter Wonderland". The public is welcome to check it out at 915 Idaho Ave.

"We had one blow up, and then we got another one. Then we got more and more, and it got crazy," Brayden said about growing his inflatable collection.

Brayden's passion helped Scott make a big decision through his grief. Though he's winding down his Christmas yard, there is someone to keep the Christmas spirit going. Next year, the big inflatable Santa that stands 32 feet tall in Scott's yard, will be moved to Brayden's Winter Wonderland.

Scott is showing Brayden the ropes. There are sandbags and stakes and wind speeds to take into consideration. But he knows Brayden is the right guy for the job.

For now, you can see Santa in Henry's Christmas Yard at 1504 26th Ave. in Moline. It's free to check out, but you are welcome to bring a cash or food donation for area food pantries.