During the summer of 2021, a group of artists from the Metro Arts Youth Apprenticeship Program have been working on a mural along the bike path. 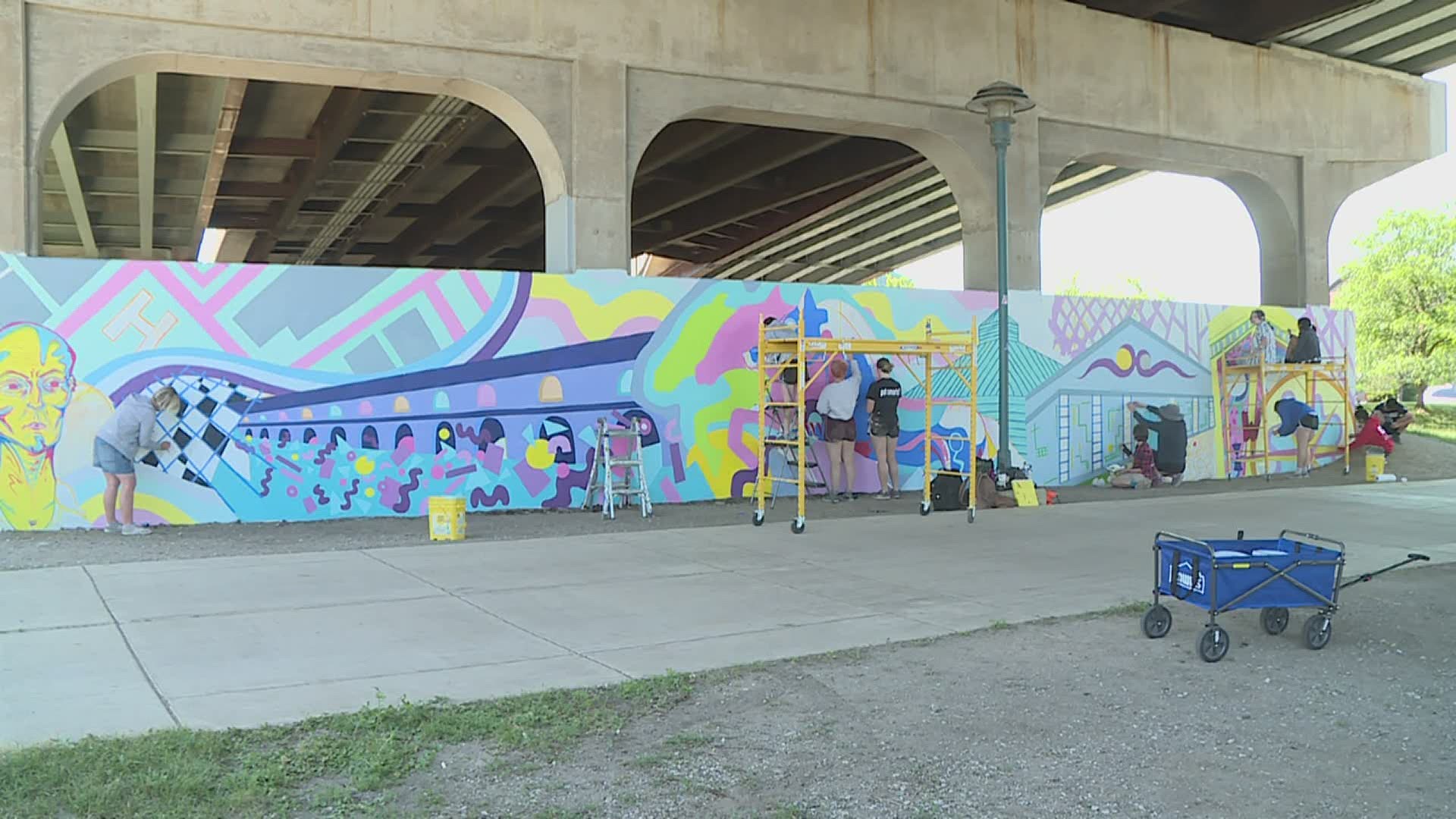 MOLINE, Ill. — A youth art project will benefit the aesthetic of downtown Moline.

During the summer of 2021, a group of artists from the Metro Arts Youth Apprenticeship Program have been working on a mural along the bike path under the Arsenal viaduct.

The mural is called "Retro Electric" and is described as blend of Quad City history and color inspiration from the 1980s.

"Moline is working hard to create kind of a dynamic core animated by art that really touches on our history and that really pops out and creates a place where people want to come and see it," said Renew Moline's Operations Director, Liz Nolte. "We want to be the hub of arts here in the Quad Cities and I think this mural is definitely going to add to that."

The mural will be visible from the Mississippi River as well as passersby on the bike path.

Ultimately the group of 15 to 21-year-old painters will have worked on the mural for five weeks. It's set to be complete by Thursday, July 8.

During the summer of 2020 those involved in the Metro Arts Youth Apprenticeship Program painted two murals: one at Friendship Manor in Rock Island and another along BAJAS Classy Resale Shop in Moline.

The youth apprenticeship program has been active in the Quad Cities since the year 2000. Each year students apply, interview are hired and paid for their work on the paintings.

The program is open to students in the Quad Cities area.

Check here for art opportunities and calls for entry through Quad City Arts.