Marking life's milestones: The challenge of pregnancy amid the coronavirus pandemic

So you're having a baby during a pandemic? 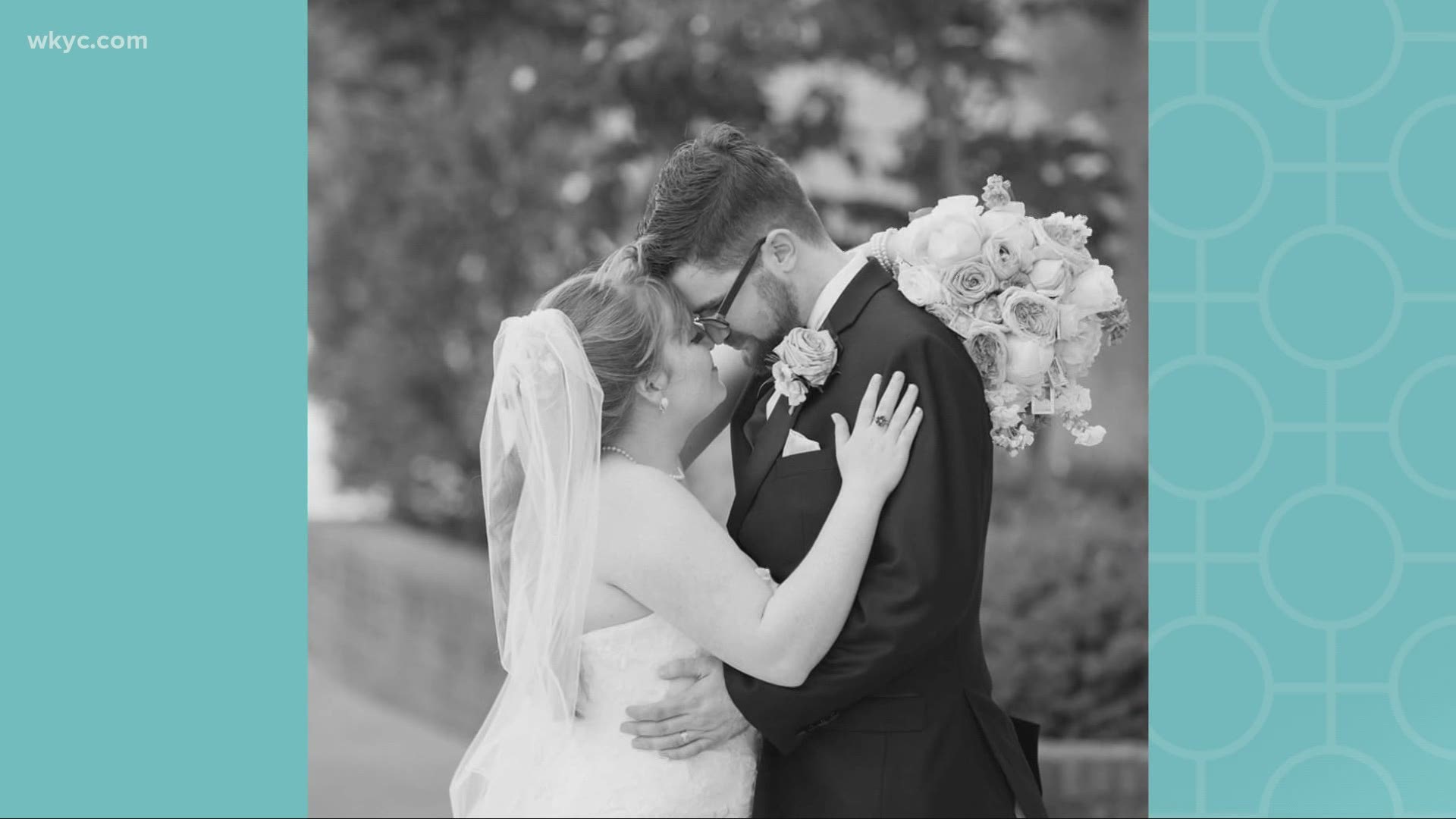 CLEVELAND — In March Ohio hit a standstill when the novel coronavirus arrived. But for many, putting life on hold was not possible. That’s because they were getting ready to welcome a new life into the world.

Long before Sean and Mary Anne Eppler said “I do,” both knew parenthood would be a part of their journey.  Educators, they dreamed of starting a family. But like many couples, Sean and Mary Anne struggled with fertility and their share of heartache.

“We were at the point of when it was pretty much in-vitro time. And we looked at the bill, and what it would mean for our chance. Just the idea of paying that much with our chances being less than 50% was really hard for us. So, we actually stopped fertility treatments,” Sean shared when we spoke to both he and Mary Anne via Zoom from their Wayne County home.

Odds were not great with expensive fertility treatments. Even worse with no treatments according to one doctor who told the couple they had only about a 1 – 3% chance conceiving on their own.

Credit: Mary Anne Eppler
Mary Anne and Sean knew they wanted to be parents. They endured disappointment and heartbreak until finally getting good news. Baby Eppler is due in August.

The couple started researching other options when they thought might never happen, did. Mary Anne was pregnant.

She’s considered a bit higher risk because of a preexisting medical condition, but so far its been smooth sailing.

“It’s been a fairly easy pregnancy. Not many aches and pains and everything was healthy,” Mary Anne said.

So, when Governor DeWine announced schools would close for 3 weeks, Sean and Mary Anne thought like many of us, it would be a nice break and they’d go back to teaching. Mary Anne planned to finish out the school year, then take it easy this summer, waiting for the baby.

Credit: Mary Anne Eppler
As Mary Anne's pregnancy progressed, hospital restrictions meant Sean couldn't go along on some of those milestone moments. Difficult, but the couple understood safety for Mary Anne and the hospital staff was most important.

“I just envisioned the typical things. I was really excited to have a school baby shower with my co-workers and colleagues,” she said.

It didn’t take long for the couple to realize the wait for their first child, wouldn’t be anything like they’d imagined.

“Sean was not able to be with me which was strange. I think my struggle, and our struggle with infertility puts things in perspective. I understand. I was disappointed. But I said, ‘I understand because you are trying to stay safe too,’” Mary Anne said as she expressed concern for not only her safety but the safety of hospital workers too.

Perspective tempers any disappointments the Epplers have endured. They focus on blessings such as a virtual baby shower, Sean’s time off that allows him to dote on Mary Anne a bit more, and a new addition. The Epplers wanted a puppy at some point. Being home for months has allowed them to plenty of home-time for crate and potty training.

Credit: Mary Anne Eppler
What better time to get a puppy when you are going to be home for long stretches of time? In addition to waiting for the baby, the Epplers found it the perfect time to fulfill another wish: to get a dog. With both Sean and Mary Anne home, puppy training is going well.

Thankful for the time together, they are prepared too, should COVID-19 cases spike again. They know if that happens, the hospital might not allow Sean to be present for the birth. It’s a scenario that Sean plays out in his head. It’s not what they want, but Sean says he is focused on the bigger picture. “If I have to sacrifice day one or day two to spend the rest of my life with a healthy baby, or whatever precautions the doctors have to take, in the grand scheme of things, we still end up in a very good place,” Sean says.

Baby Eppler is due toward the end of August. And right now, the news is good. Sean and Mary Anne say hospital restrictions have loosened a bit, allowing Sean to rejoin Mary Anne at those appointments, and get a chance to his baby’s heartbeat, as well as tiny feet on the latest sonogram.