Marking life's milestones: Matrimony in the age of novel coronavirus

Couples wrestle with "I do" or "Let's wait" as COVID-19 impacts the wedding season. 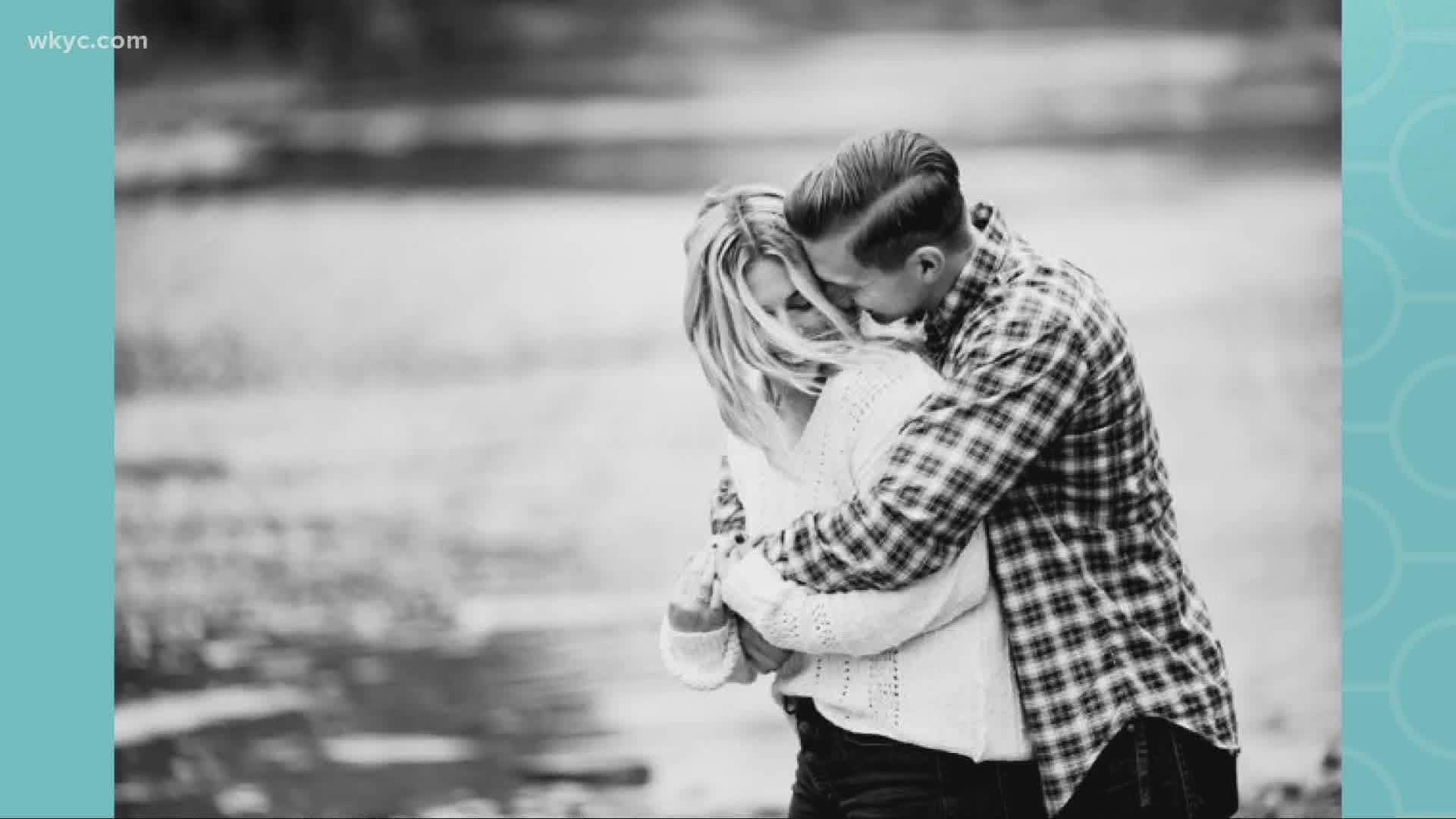 CLEVELAND — During much of the pandemic, attention is focused where it should be; on patients, their loved ones, frontline workers and those devastated by the financial fallout. But the virus has also wreaked a trail of quieter heartbreaks and disappointments.

Marking life’s milestones have changed during a pandemic -- especially for those planning spring and summer weddings in 2020.

Chelsea Anderson and John Yoder agreed to share their story. The couple grew up only five miles apart, but their paths never crossed until both arrived at Ohio State University.

“We had mutual friends and always got along,” John recalled.

They saw each other at Greek parties, but nothing happened until John took a chance after graduation.

Credit: Chelsea Anderson
Chelsea and John grew up about 5 miles apart, but didn't meet until they went to Ohio State. Friends first. Then after graduation John asked Chelsea out.

“We meet again on Facebook. I asked for an opportunity to go hang out and that was like seven years ago."

The couple returned to Columbus in the fall of 2018 to see a favorite comedian, or so Chelsea thought.

John had bigger plans in mind. He planned a tour of the campus, revisiting some of their favorite spots. Then, when the moment was right, John dropped down on one knee, and Chelsea’s sisters jumped from the bushes to take pictures.

“It was awesome, I cried a lot of happy tears," Chelsea said. "I think it took me a moment to say ‘yes’ because I was so overwhelmed."

Credit: Chelsea Anderson
In 2018 John planned a surprise proposal back at Ohio State. Chelsea's sisters were hiding in a bush, and jumped out to take a picture, just as John proposed.

The couple started planning their wedding, choosing the date of May 23. They planned the wedding and reception at the Arcade in downtown Cleveland, a beautiful spot for weddings.

All was going as planned but Chelsea -- a nurse in Cleveland -- quickly understood the gravity of COVID-19, and by early March she knew their plans were in jeopardy. The couple reached out to their vendors, inquiring about alternate dates. Then came the announcement banning mass gatherings for eight weeks. John and Chelsea’s wedding fell two weeks outside of the announced ban, but by this point life as they knew it was changing drastically. Plans for their wedding would also have to change.

“We just decided together that was going to be best to just keep us safe, to keep all our guests or family safe," Chelsea said. "I think some of our guests thought we were over-reacting. We didn’t feel like we were. We just felt it was something we had to do."

Credit: Chelsea Anderson
Chelsea and John were scheduled to get married this past Saturday. Even though their wedding was postponed they chose to mark the day with a boat ride together, looking forward to their wedding day in December.

The couple let their 200 guests know their wedding would still take place this year, but would slide to December. Instead of feeling overwhelming disappointment, there was a bit of a surprise as Chelsea and John felt a sense of relief and peace with their decision.

"It’s made us step back and realize the most important thing is that we have each other," Chelsea said. "And that we still love each other. We’re still together. Our families are healthy. There are a lot of more important things than just the party that happens."

The couple finds the pandemic has brought them even closer together. They work as a team. John is there for Chelsea when she returns from work each day, doing his part in a routine that allows his fiancée to safely decontaminate her clothing. He knows what to ask, and what to skip when talking about her day. They look at things differently, and value relationships and acts of kindness more than ever before.

This past Saturday, Chelsea and John had a little celebration on what would have been their wedding day. A toast to love during some of life’s most trying times and the gift they didn’t anticipate.

“I feel weird saying this, but I am grateful that we’ve had the chance to go through this,” John said.

John and Chelsea will get married in December. They say there will be no postponement, should the pandemic still prevent a large gathering. They will get married, whether it’s in front of 200 guests or two guests. They are ready to start their lives together.

“Even if our wedding doesn’t go as planned, you still have each other," Chelsea said. "At the end of the day, your marriage will still look the same, regardless of how your wedding turns out."

RELATED: TIPS: What to keep or cancel for your wedding day

RELATED: Their big wedding was called off due to COVID-19, so 2 Cleveland Clinic doctors decided to marry on the hospital's roof (photos)