Beyond the Badge: How a former detective inspired an effort to honor officers

Now you can nominate an officer out making a difference in your community. 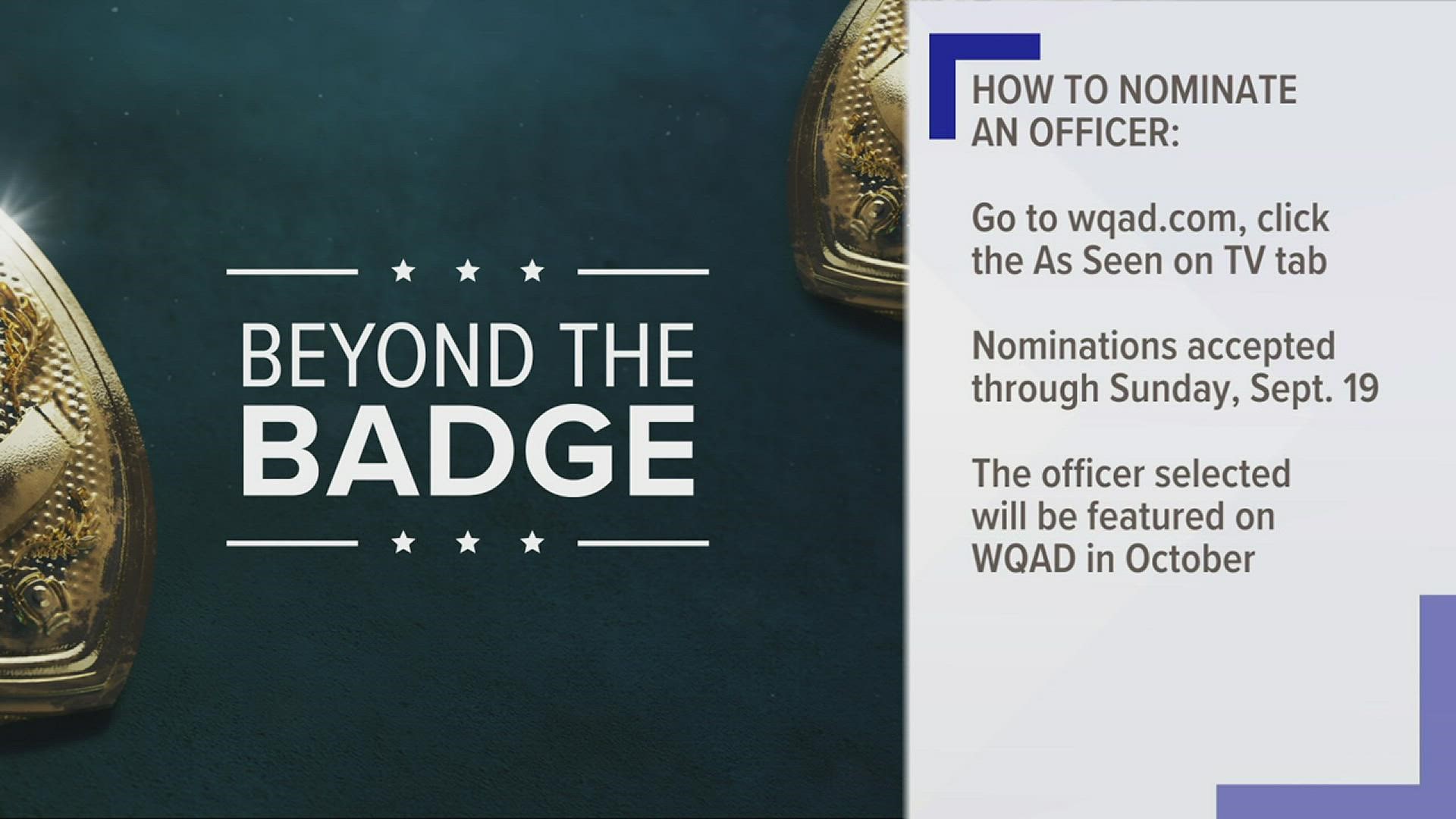 MOLINE, Ill. — Every Thursday morning, a group gathers at the same diner in Moline. They've been regulars there for years - all retired law enforcement, dispatchers and some family. Retired Moline Police Captain Trevor Fisk looks down the line of chairs and sees what he calls "The Legends of Law Enforcement".

"For me, this is the 'who's who' of retired law enforcement," Fisk said.

They're not on call anymore but clearly proud to have served, wearing their blue line shirts and hats.

"They spent a lot of time making a difference in their community," Fisk explained. "And even in retirement, they're continuing to do so. That's what makes them legends for me."

The diner is a loud place on this Thursday morning. Everyone is trying to catch up over the commotion of dishes and waitresses taking orders. The dull roar of casual conversation is exactly what Rick Ryckeghem wanted when he started this tradition.

"He was always a morning person," Kathy remembered about her late husband. "Not me so much. But he always looked forward to it.'

Ryckeghem was a 31-year veteran of the Moline Police Department, known as the face of CrimeStoppers in the 1990's.

Rick was one of them. Detective Rick Ryckeghem died of cancer only a few months after that interview. He was 71-years-old.

He wasn't able to make those breakfast meetings in the last days of his life. But the club came to him instead.

"The guys were like all jammed in our bedroom with chairs around the bed talking to him," Kathy remembered. "They really supported him."

They still do, by inviting Rick's grandson 12-year-old Charlie to join them around the table.

"It's nice, because obviously I get to do this every Thursday," Charlie said, as he recalled some good memories of his grandpa, like fishing together.

Everyone at this table understands the law enforcement life. They're a former officer. A dispatcher. Or someone who loves an officer. They all are well aware that the job comes with good days and bad.

For Fisk, the bad is, in part, driven by what he calls the "national narrative".

"If Rick was still working, he'd be working 24/7 to try to, you know, prove to the community that they can trust us," he said.

Fisk says most officers are like Rick. They treat people fairly, and they're called to serve whether they're in or out of uniform.

They don't do it for recognition either. But WQAD News 8 and the family of Rick Ryckeghem still think more can be done to highlight the good that law enforcement brings to a community. It's a honor we want to give out in his name.

We invite you to nominate an officer going "Beyond the Badge" to receive the very first award in Ryckeghem's memory.

All nominations will be judged with the following criteria in honor and memory of Rick:

Nominations can be submitted from August 23 through September 19.

The officer selected will be featured on WQAD in October of 2021.

RELATED: Beyond the Badge: Nominate an officer making a difference on and off the clock