Battle of the Bands at The Mississippi Valley Fairgrounds Nearly Concludes on a Cliff Hanger. 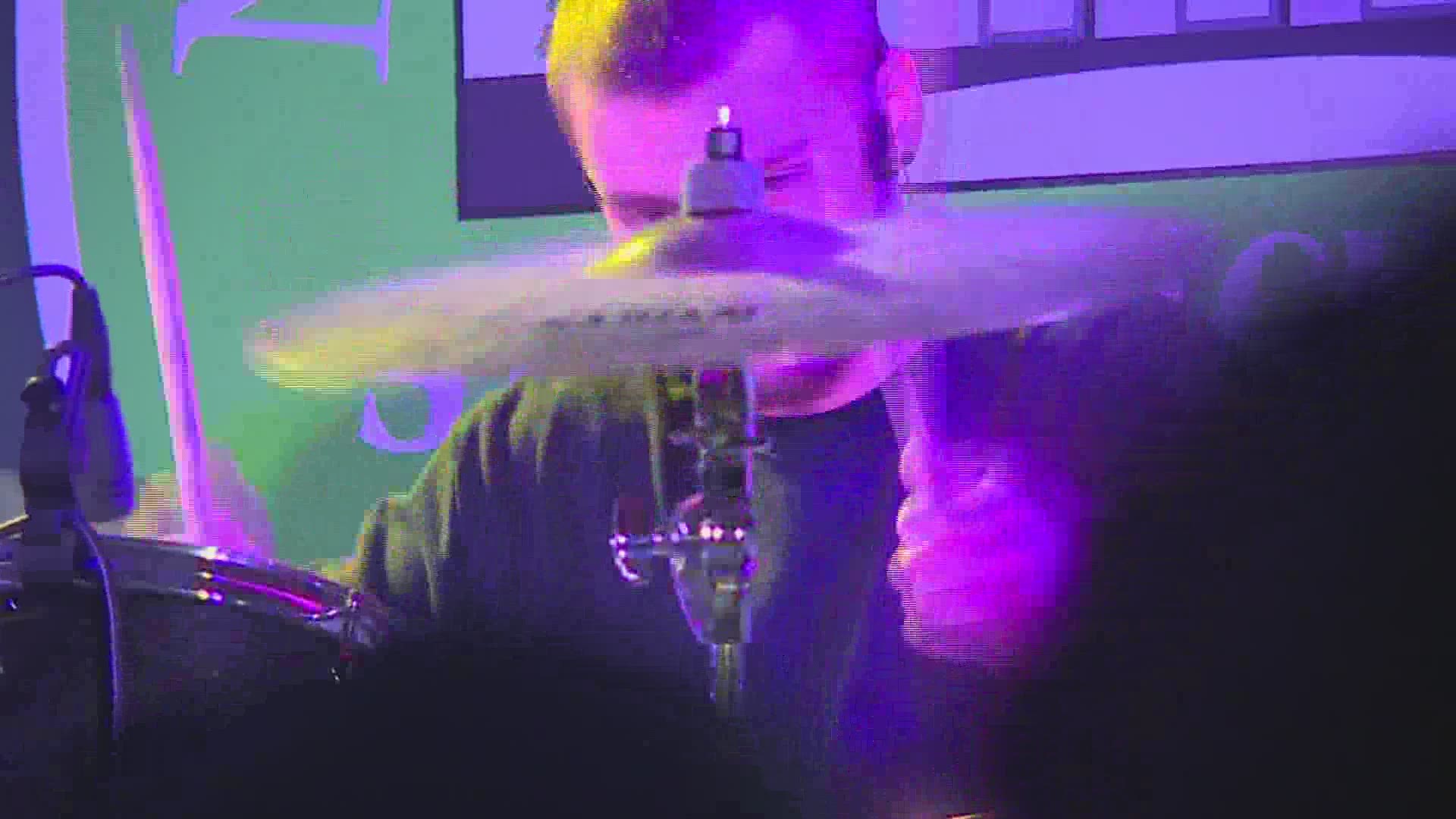 DAVENPORT, Iowa — 145 bands were nominated to participate in Iowa's 2021 Battle of the Bands, but only the top ten got a chance to compete.

The grand prize: opening for the headliner at the 2021 Mississippi Valley Fair.

The concert was ahead of schedule, until an unexpected twist shocked the crowd. Two bands, "Been There Done That", and "Alborn" tied with the exact same score.

"When [the crowd] went out there screaming one more, one more we decided to do a playoff," founder of MH entertainment, Michelle Hosch said.

The two bands played one final song in attempt to secure first place.

One detail could not go unnoticed -- just how young the members of "Been There Done That" were in comparison to the other competing bands.

Both bands went neck to neck, but there could only be one winner.

Hosch stood on the stage and announced the results.

The crowd went wild: screaming through face masks while on top of one another's shoulders.

"It was like the only thing to look forward to with COVID-9 and everything else," said Alborn's lead vocalist, Justin Taylor, "this is like the first event I'm like I don't even think it's going to happen.. but here we are."

Both bands plan on attending Battle of The Bands 2022.

Hosch said MH entertainment looks forward to working with Quad Cities bands in the near future.