The 90 year old war veteran flew 11,000 feet in the air at Geneseo's Quad City Skydiving Center to celebrate 90 years on Earth... in the air. 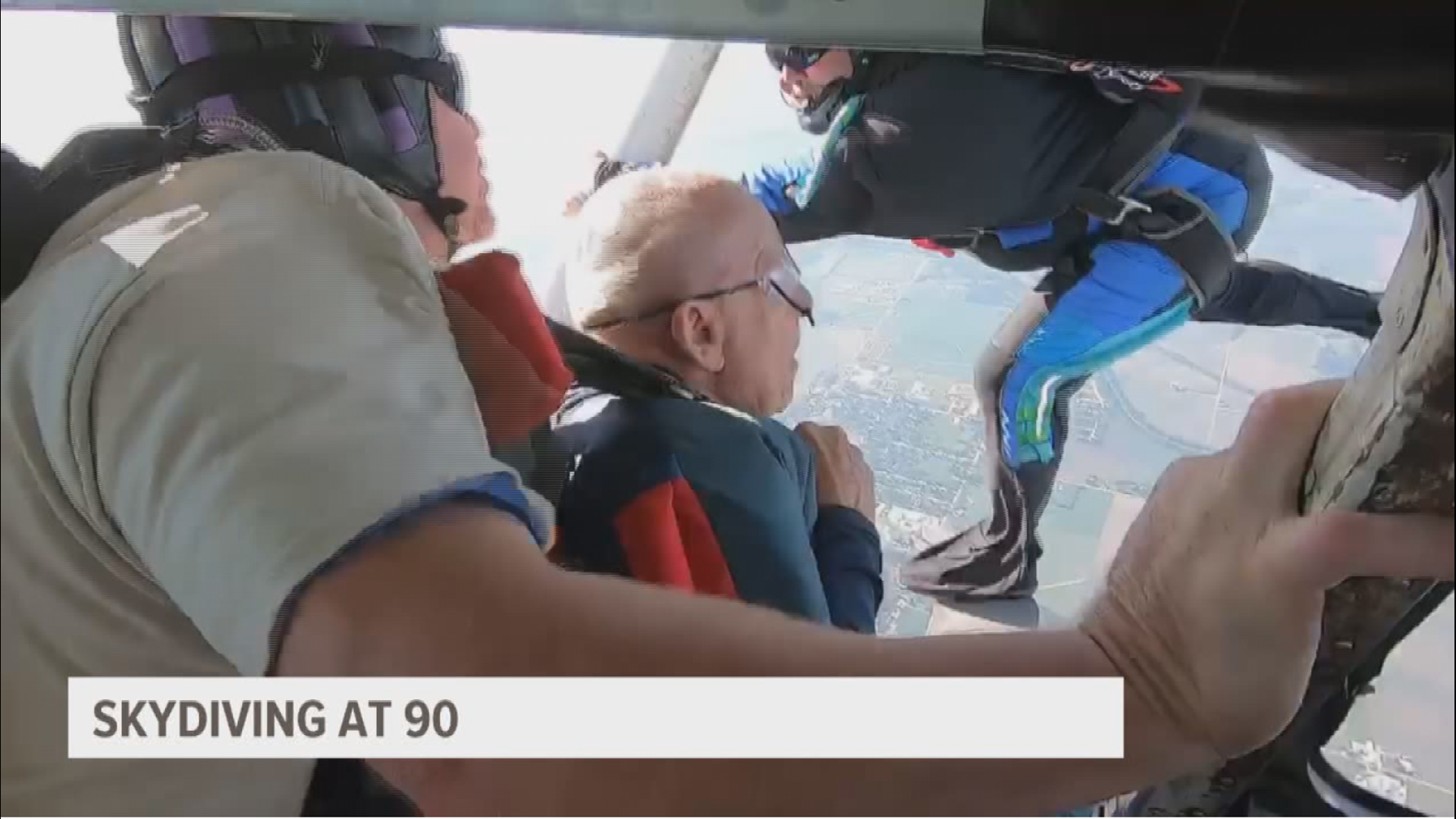 “We threw his birthday party then set this up. It should be fun to watch,” Covault’s Grandson, Mark Erickson said.

But, this wasn’t the Illinois native's first time skydiving.

Ten years prior, He brought in his 80th birthday at the Quad City Skydiving Center and jumped with the same instructor.

The war veteran traveled from Kentucky to Illinois for the experience.

“My birthday was January 31st, but my family wanted to throw this party now because of COVID.”

While emotions were high, fear was not.

“No, [I’m not worried]," Erickson said. “He’s done so much in his life, from fighting in the Korean War to setting foot on seven continents. He’s enjoying life.”

“I don't get nervous," Covault stated as he geared up. "I make people nervous.”

With that, Covault and instructors from the Quad City Skydiving Center jumped into the plane, roared the engine and prepared to fly 11,000 feet in the air.

After fifteen minutes the group reached their destination. They began their free fall into the Geneseo field.

“We jumped out of the sucker at 120 mile an hour for about 2000 feet, held the cord -- stopped real quick and just went along, watched the scenery.”

The jump did not change the thrill seeker’s mind.

His only realization: something completely out of his hands.

“I never thought about being old. I hate old people,” grinned Covault.

Erickson hopes his grandfather will skydive again for his 100th birthday.

According to Covault, that dream could be a reality.

"Yeah, I'll do it again if I get the opportunity."