Meet Earl and Buddy, the men behind Muff Waders

Watch to see if two Iowa guys can land a deal tonight on "Shark Tank" at 7 p.m. on Local 5. 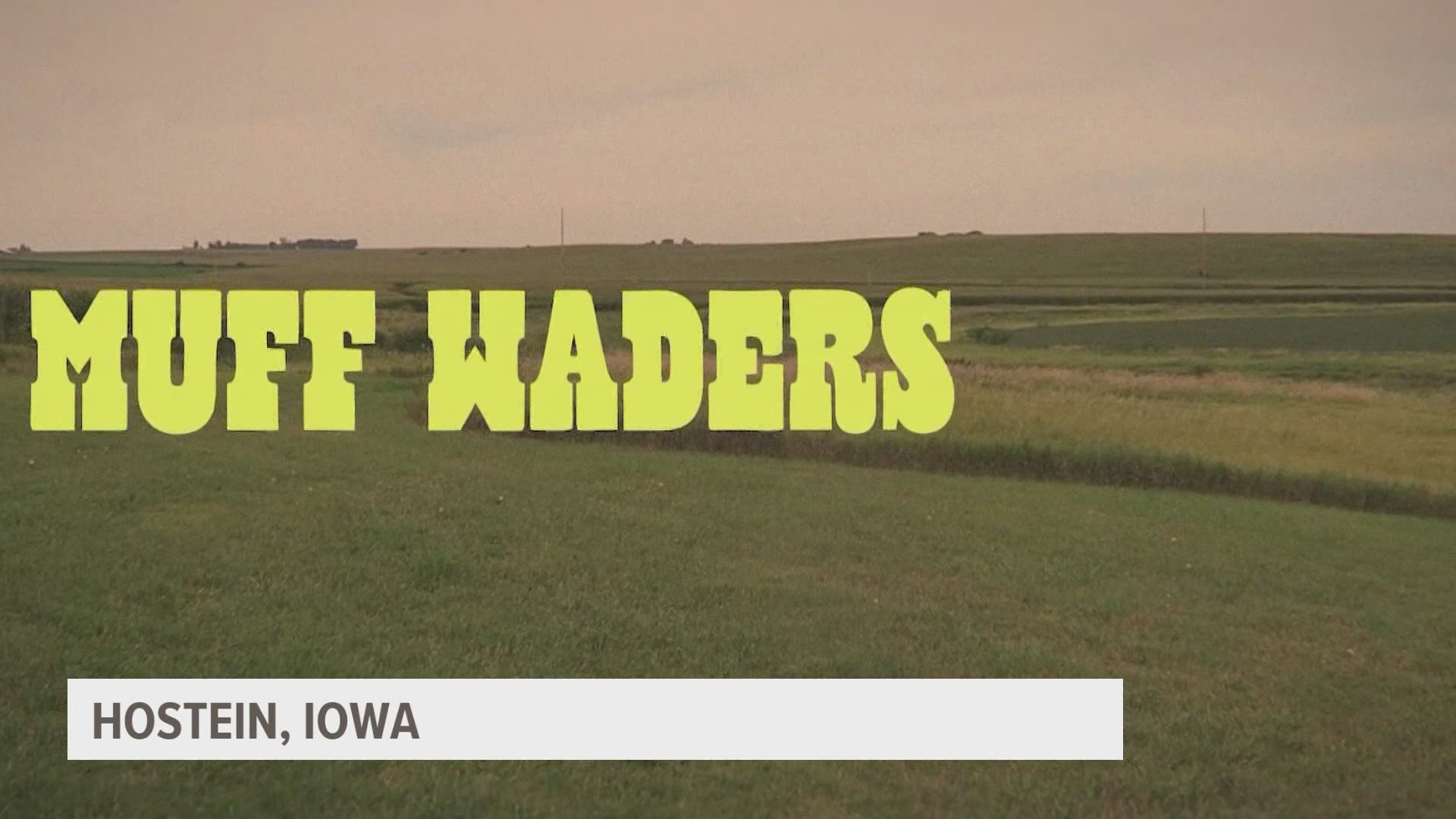 HOLSTEIN, Iowa — Two gentlemen, named Buddy and Earl, from Holstein, Iowa, will have the ultimate opportunity of pitching their creation of Muff Waders to the sharks on ABC's "Shark Tank" Friday night.

But what exactly is a Muff Wader?

They are also the only overalls for work and play, with multiple pockets for booze or tools.

"We thought our brand would be funny with that. And that's kind of where it came from," Buddy said.

But Buddy and Earl have big plans for the business and their hometown of Holstein. The ultimate goal is to have a production facility and a storefront that would eventually bring jobs to their rural town.

"It just makes us sad seeing small towns in Iowa struggling to keep their population up and not bring new jobs to their community," states Buddy.

Now these small-town Iowa entrepreneurs will have a big moment in the spotlight, when they pitch their idea on "Shark Tank."

But whether a deal is made or not, Earl and Buddy are committed to the brand and will continue to spread the word with something they call 'Muff Tours,' which may have a stop at a tailgate party near you.

"The fun part is being on the road. Love getting in the van, going to meet people, just spreading the good word of what we are doing," Earl said..