YOUR MONEY with Mark: Will the rising prices ever come to an end? 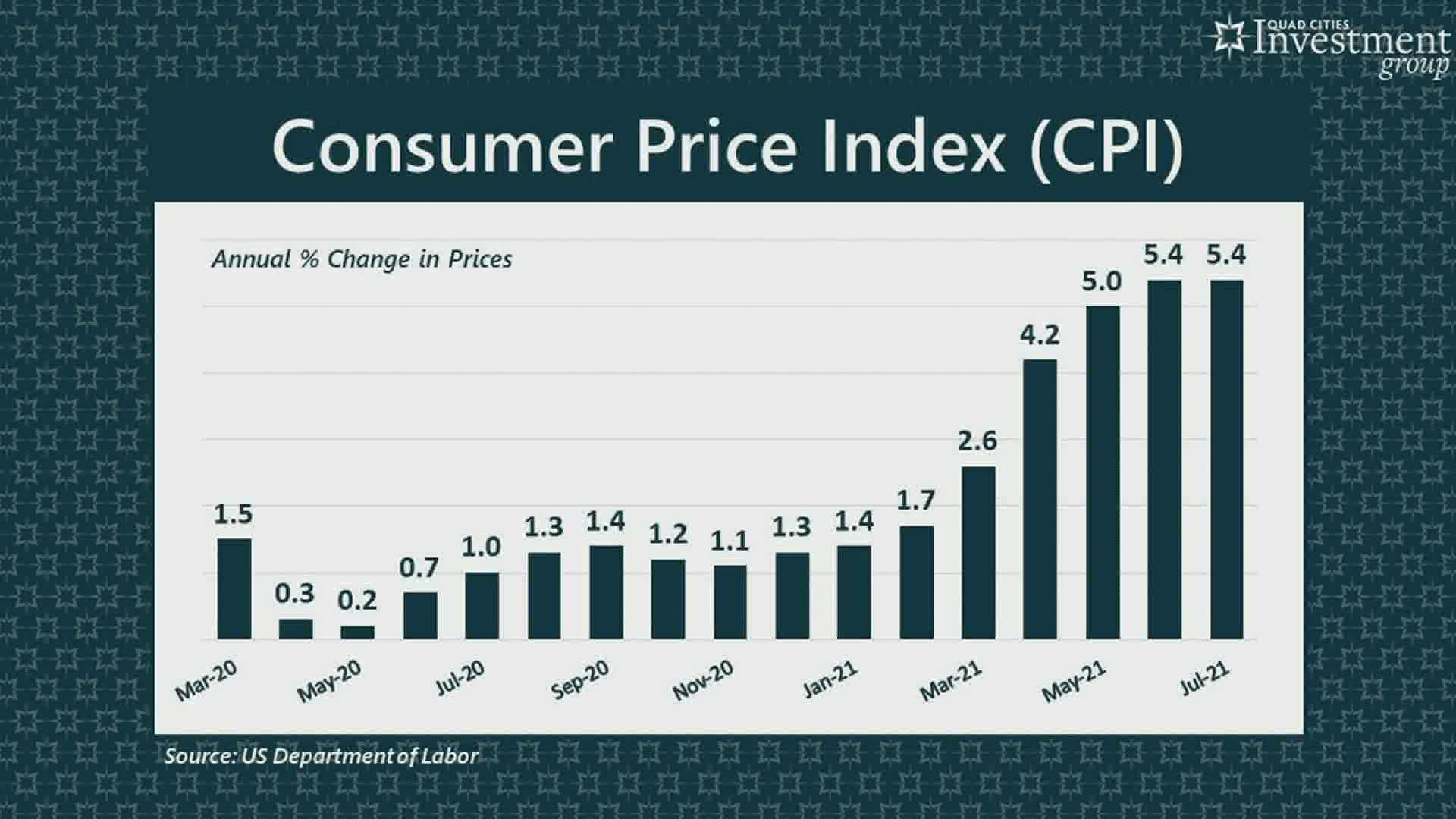 DAVENPORT, Iowa — Inflation at the wholesale level jumped a higher-than-expected 1% in July, disappointing hopes for a slowdown in price increases.

The Labor Department reported Thursday, August 12th that the July gain in its producer price index, which measures price pressures before they reach consumers, matched the June increase with both months advancing by the highest amount since a 1.2% rise in January. Over the past 12 months, prices at the wholesale level are up a record 7.8%, surpassing the old record of a 7.3% gain set for the 12 months ending in June.

Will the rising prices ever come to an end? Financial Advisor Mark Grywacheski said not right now Monday, August 16th. He says President Joe Biden has long argued that any inflation would be short term and mild with inflation rising to 2.2 to 2.5%.

Inflation is at 5.4% right now, according to the U.S. Department of Labor. Your Money with Mark airs every Monday in-between 5 and 5:30 a.m. during Good Morning Quad Cities.