YOUR MONEY with Mark: Wholesale inflation over past year jumps by record amount 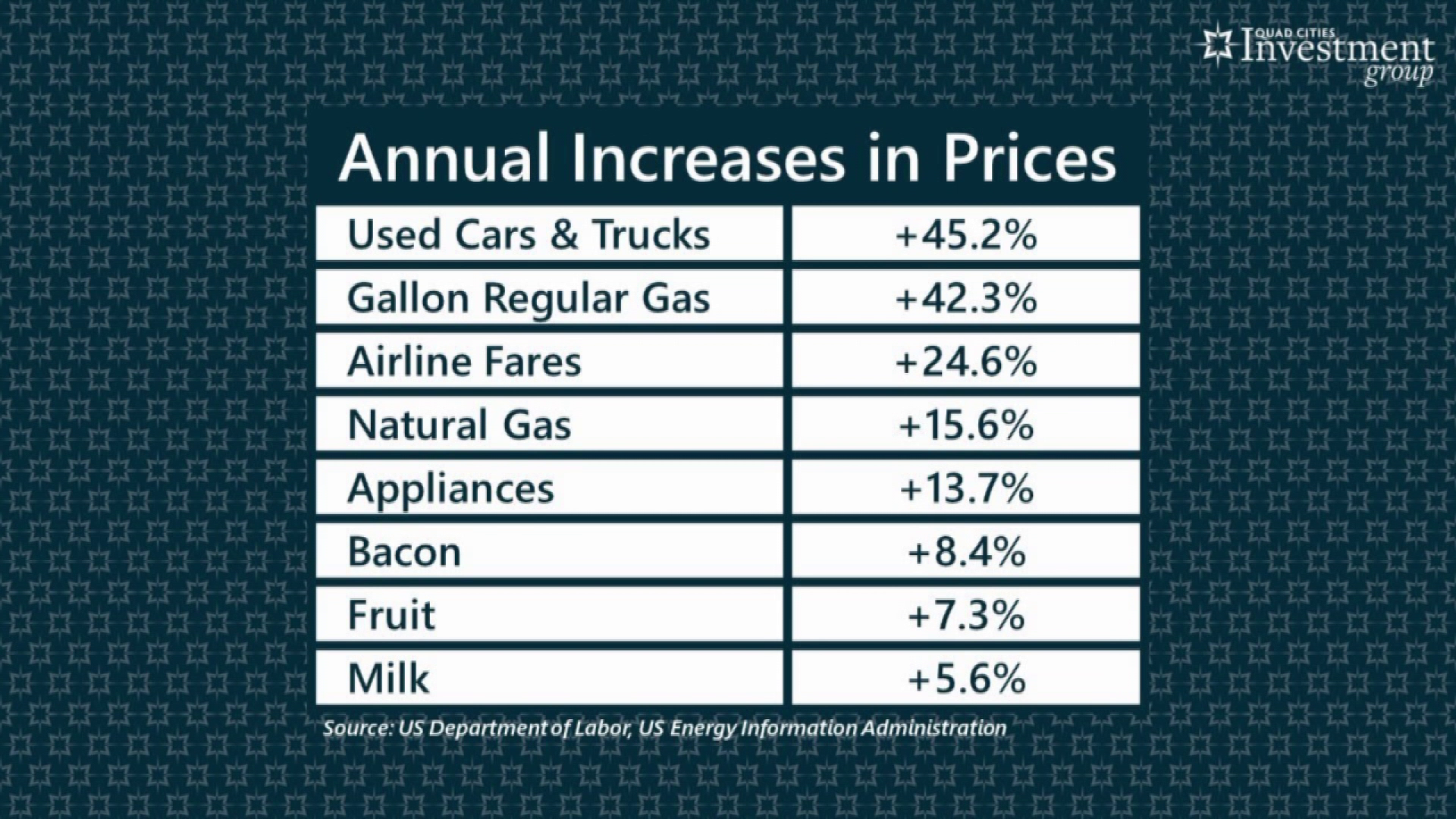 WASHINGTON, D.C., USA — "Inflation at the wholesale level jumped 1% in June, pushing price gains over the past 12 months up by a record 7.3%," according to a report from The Associated Press.

"The June increase in the Labor Department’s producer price index follows a gain of 0.8% in May and is the largest one-month increase since January." according to the report.

Financial advisor Mark Grywacheski explained why prices are on the rise Monday, July 19th. He says people can now go out and spend their money because businesses are reopening, but there is a supply chain problem right now, limiting a manufacturer's ability to meet the demands of their customers.

"Finally we have this massive amount of government spending that's literally pouring trillions and trillions of dollars into the economy," Grywacheski said Monday. "All this is making consumer prices skyrocket."

The price of milk, fruit, and bacon's up from five to nine percent over the last year. A gallon of regular gas is up more than 40% over that same time period. For a more in-depth look at the increases, watch Mark's interview above. The federal supplemental unemployment benefits are set to expire September 6th, which could start to make prices drop. Your Money with Mark airs in-between 5 and 5:30 a.m. every Monday.