YOUR MONEY with Mark: The up and down swings of the stock market 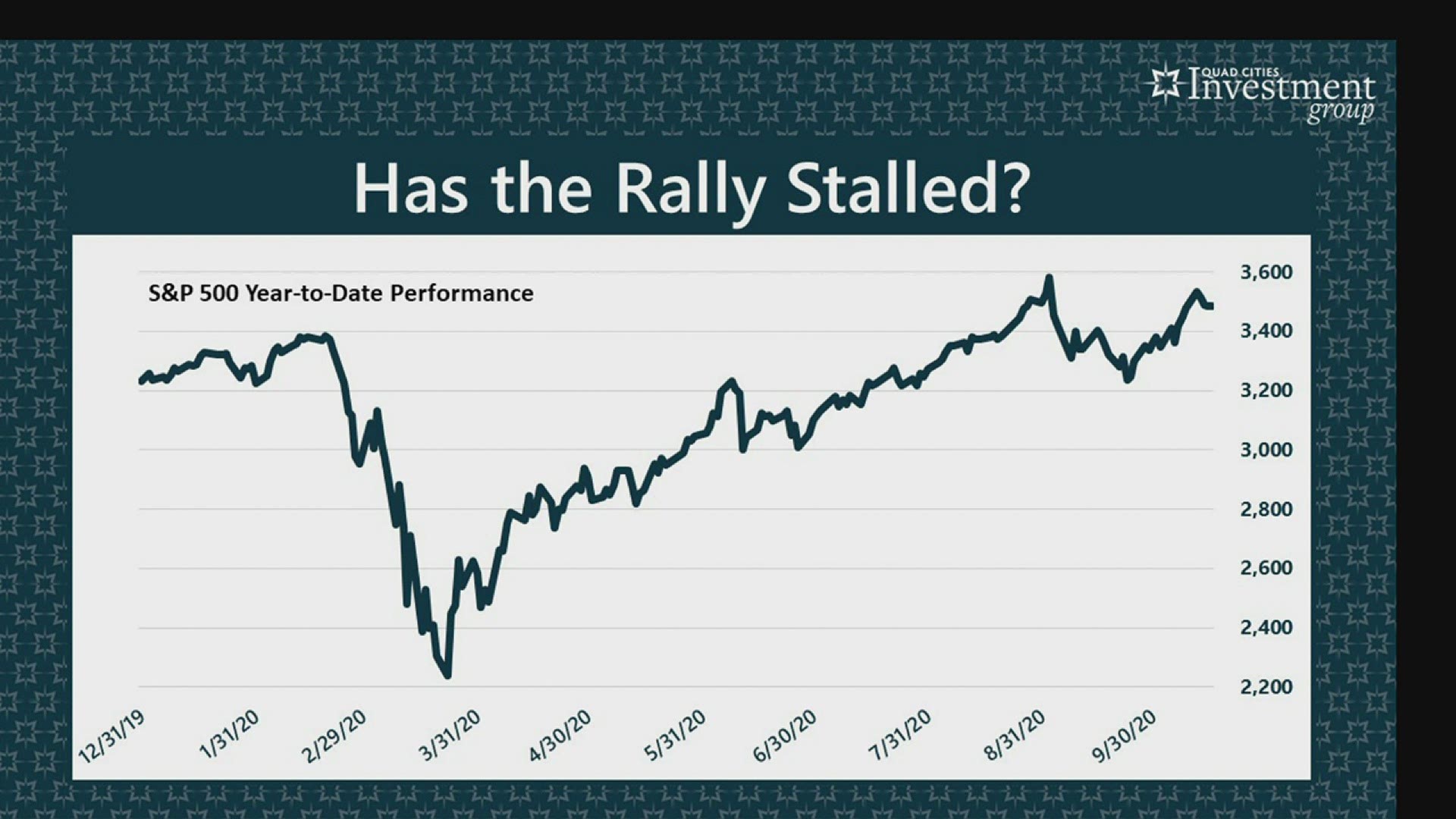 "The S&P 500 fell 0.7% in afternoon trading after spending the morning swaying between small gains and losses. The decline comes a day after it broke a strong four-day winning streak. The Dow Jones Industrial Average slipped 0.4%, or 110 points, to 28,570, as of 1 p.m. Eastern time, and the Nasdaq composite was down 0.9% after losing an earlier gain of 0.6%," according to an article from the Associated Press.

Investment Advisor Mark Grywacheski explained why the stock market's been up and down as of late. He joined me live Monday, October 19th. He says Wall Street wants to gage the latest data on the economic recovery.

"Primarily Jon, it wants a decisive announcement of a winner in the upcoming presidential election, so it can have some element of clarity in its forward strategy," Grywacheski said Monday.

Grywacheski cites mail in ballots as a reason why the stock market's been up and down as of late.

"Will a winner be decided on election night, or even the following day, or will all of these issues concerning mail in ballots be tied up in the U.S. court system for one to two months before a winner is ultimately declared?"

Your Money with Mark airs every Monday morning in between 5 and 5:30 a.m. during Good Morning Quad Cities.