YOUR MONEY with Mark: The recent stall in the stock market 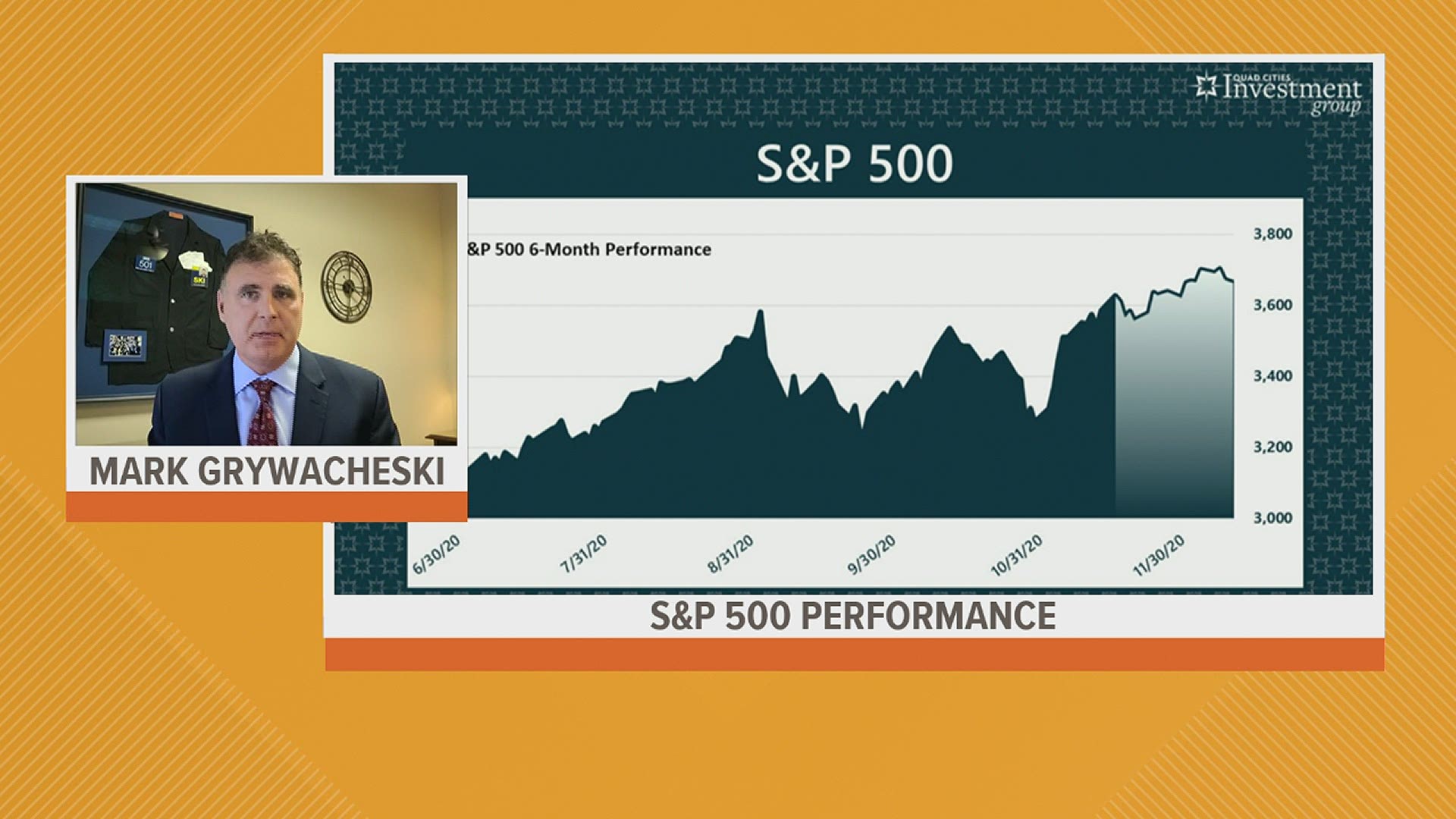 The tech heavy Nasdaq has gained nearly 38%. Over the past month though, Financial Advisor Mark Grywacheski says the markets have stalled, citing the S&P 500, which has only gained 1%. He explained why this has happened Monday, December 14th.

"Wall Street is still waiting for clarity on these vaccines, the latest stimulus measure being held up in Congress, and the policy changes of a Biden administration," he said.

Grywacheski says December is a fairly quiet time on Wall Street due to the holidays. He says traders and portfolio managers have basically locked in their profits at this time of the year. Your Money with Mark airs Monday morning between 5 and 5:30 a.m. during Good Morning Quad Cities.