YOUR MONEY with Mark: The largest quarterly economic decline in US history could be coming

The U.S. economy shrank at a 4.8% rate last quarter as the coronavirus struck. 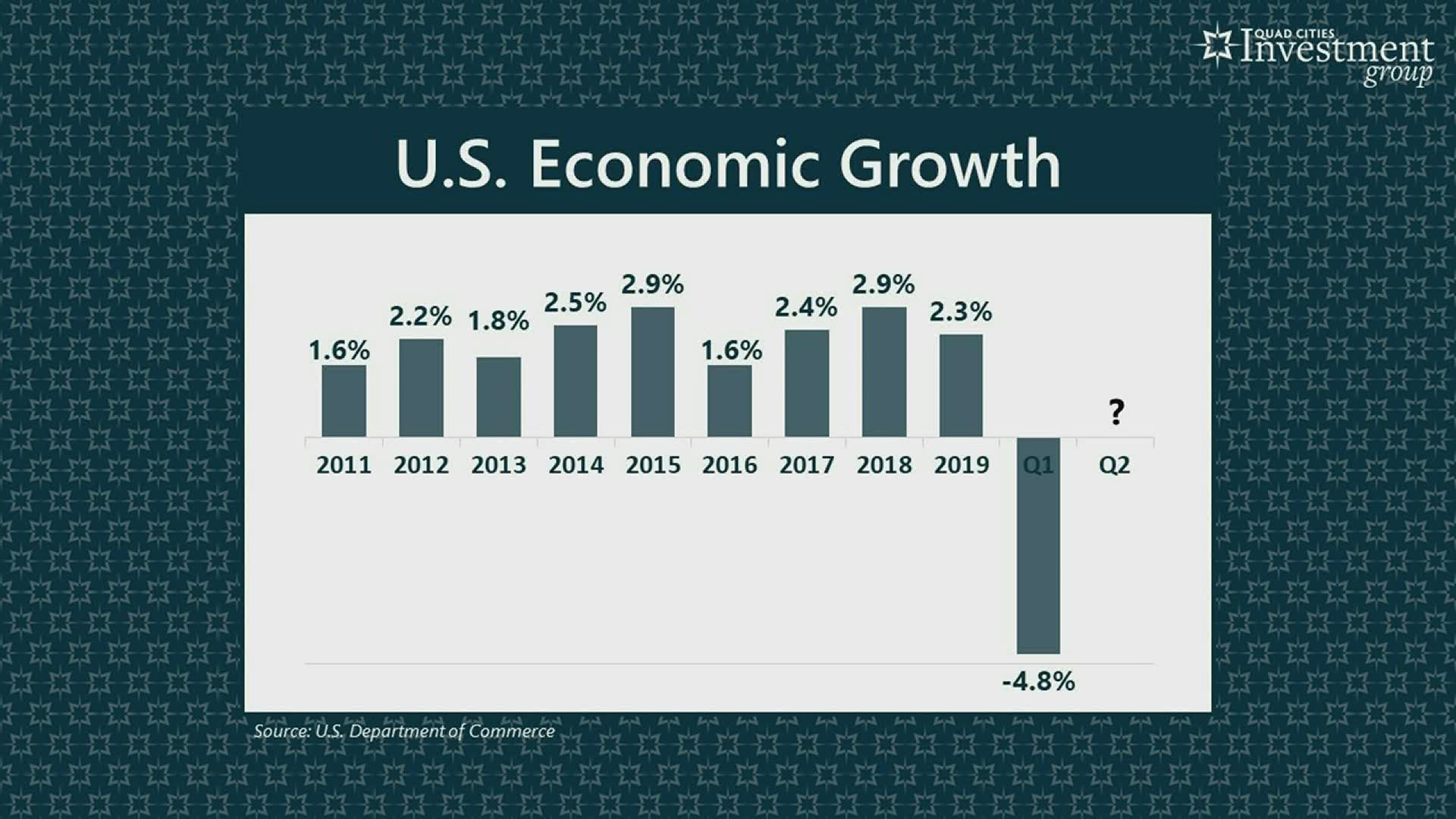 The economy took a big hit in the first quarter of 2020.

"The U.S. economy shrank at a 4.8% annual rate last quarter as the coronavirus pandemic shut down much of the country and began triggering a recession that will end the longest expansion on record."

Even though some parts of the country are starting to re-open, Investment Advisor Mark Grywacheski says the damage has already been done.

Grywacheski says the economic growth rate will turn positive again when state leaders decide to allow their businesses to open back up. The economic drop didn't have a huge impact on the stark market though, on the final day of April.

"The S&P 500 fell 0.9% on Thursday after reports showed millions more U.S. workers filed for unemployment benefits last week and the European economy crumpled to its worst performance on record last quarter, among other lowlights. It was the biggest loss for the U.S. stock market in more than a week, but just a wiggle within the S&P 500’s 12.7% gain for April, its best month in decades."

What's allowed the stock market to stay up while the economy could soon have its worst quarter ever? Grywacheski got into all that Monday. Your Money with Mark airs between 5 and 5:30 a.m. every Monday on Good Morning Quad Cities.