YOUR MONEY with Mark: Retail sales report lower than expected 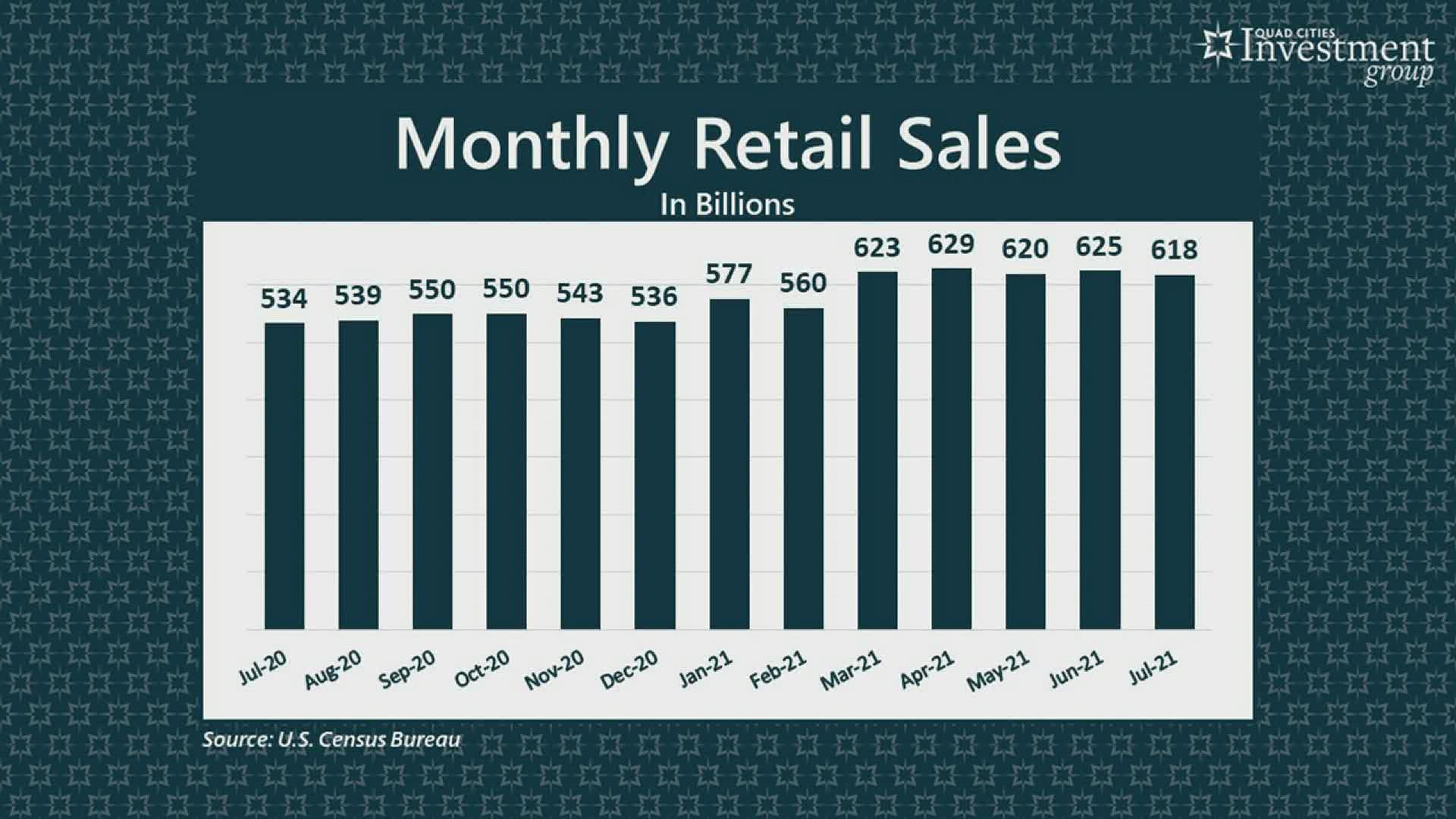 "Wall St. had forecast a 0.2% decline in monthly sales so the actual 1.1% decline was a major surprise,"

Why'd this happen? Grywacheski got into that Monday, August 23rd. He says the Delta variant is one reason sales have dropped, but prices being so high is another reason for this.

"Once these COVID restrictions ended in the spring, consumers were very quick to spend their money on their post pandemic bucket list of vacations and concerts, travel, restaurants, and other long awaited normalcies of life," Grywacheski said. "If these things happen to cost a lot more, than so be it. That bucket list was going to be completed."

Grywacheksi said that once that it was completed though, consumers are becoming a lot more price sensitive in their purchases. Your Money with Mark airs live in-between 5 and 5:30 a.m.