YOUR MONEY with Mark: Prices are rising at a very quick rate...why? 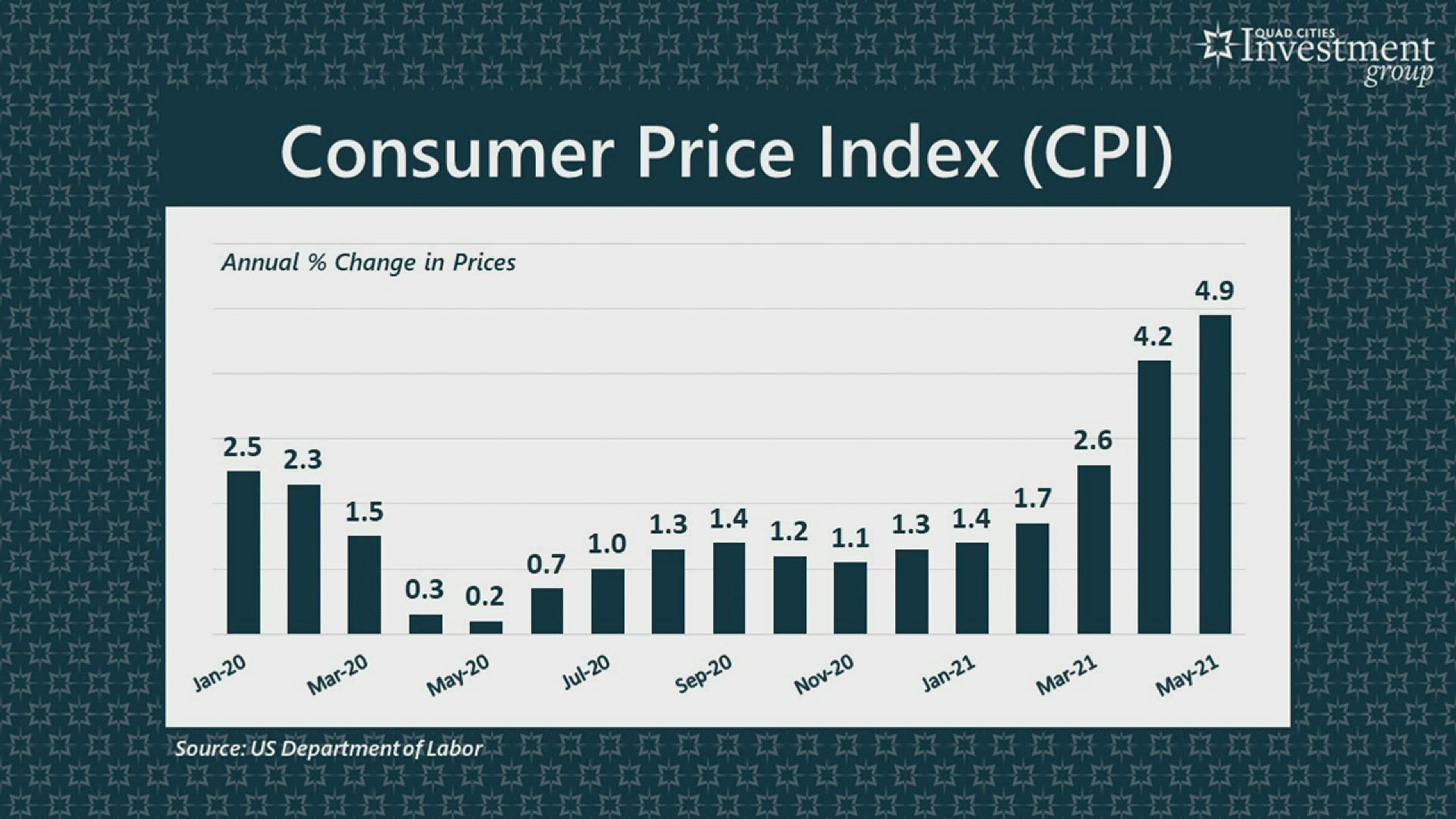 DAVENPORT, Iowa — Stocks edged higher Thursday, June 10th bringing the S&P 500 index out of the red for the week.

Health care and technology companies were among the biggest gainers. The markets started with bigger gains, then lost some momentum by late morning. The S&P 500 rose 0.2%, the Dow Jones Industrial Average was up 0.2%. and the Nasdaq Composite rose 0.2%. Bond yields were steady despite a report of higher inflation last month.

Consumer prices rose 4.9% in May, the biggest year-over-year increase since 2008 and more than economists had expected. The yield on the 10-year Treasury note was little changed at 1.49%.

Financial Advisor Mark Grywacheski told us why he's concerned with the quick rise in prices on Monday June 14th. He says the amount of money in the economy has increased by about 20% over the past year, due to Americans getting stimulus checks. That has increased the demand, and therefore increased the price, of goods and services.

"It's this excess supply of cash within the economy that's going to drive much longer term inflation," Grywacheski said.