YOUR MONEY with Mark: Is Bitcoin worth the investment? 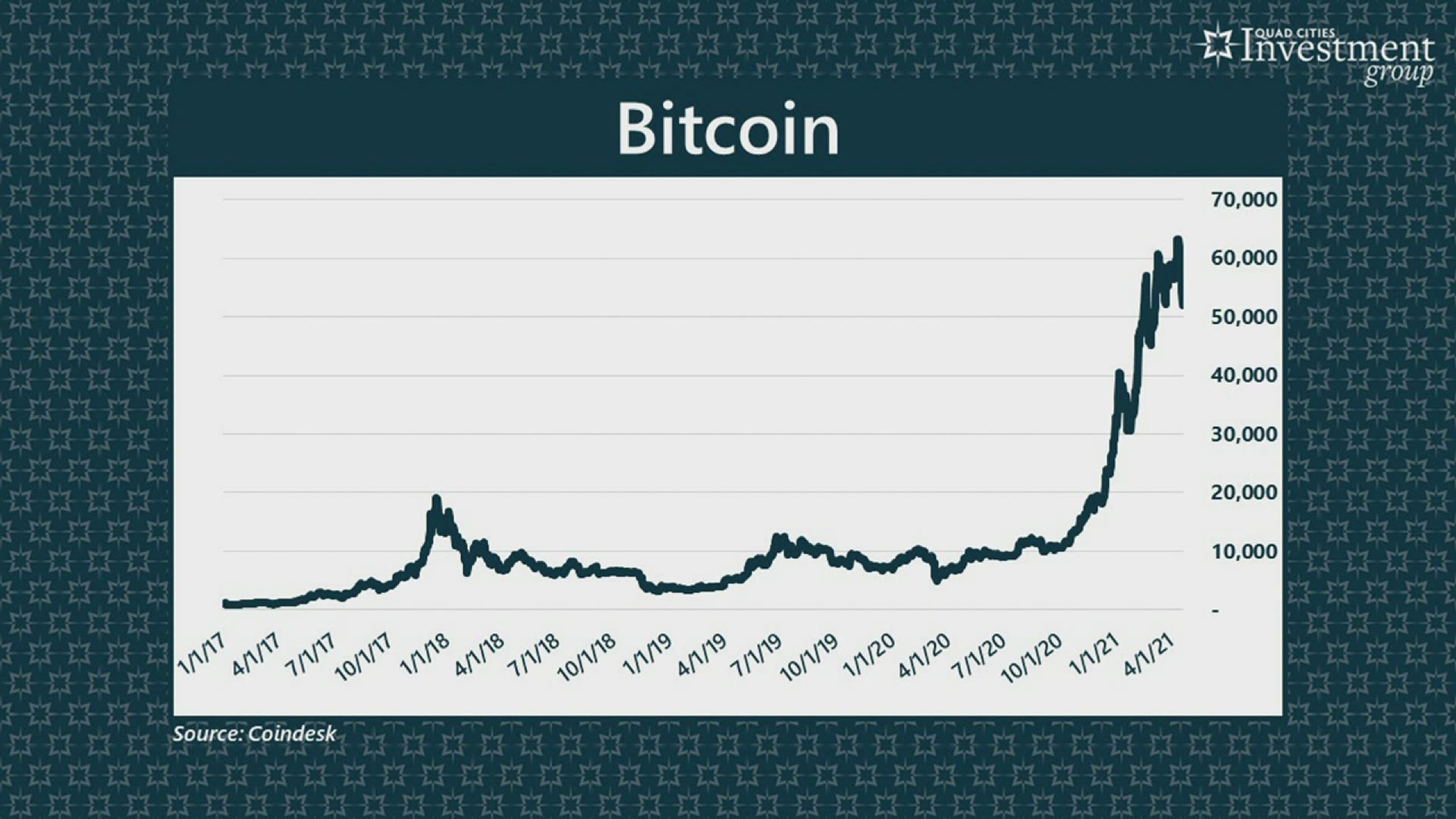 DAVENPORT, Iowa — Financial Advisor Mark Grywacheski says Bitcoin is a digital form of currency that exists only in electronic form. There are no physical coins or banknotes.

The value of a single Bitcoin has soared over the past four years. It's gone from a few hundred dollars in 2017 but reached more than $60,000 last week. Is it a good investment though? Grywacheski said Monday no.

"It's so volatile, and my biggest knock against it is that it really makes a horrible form of currency. Its biggest challenge is the price of volatility."

Grywacheski said the price of crypto-currency like Bitcoin can fluctuate by 20% in a single day. Your Money with Marks airs live every Monday between 5 and 5:30 a.m.